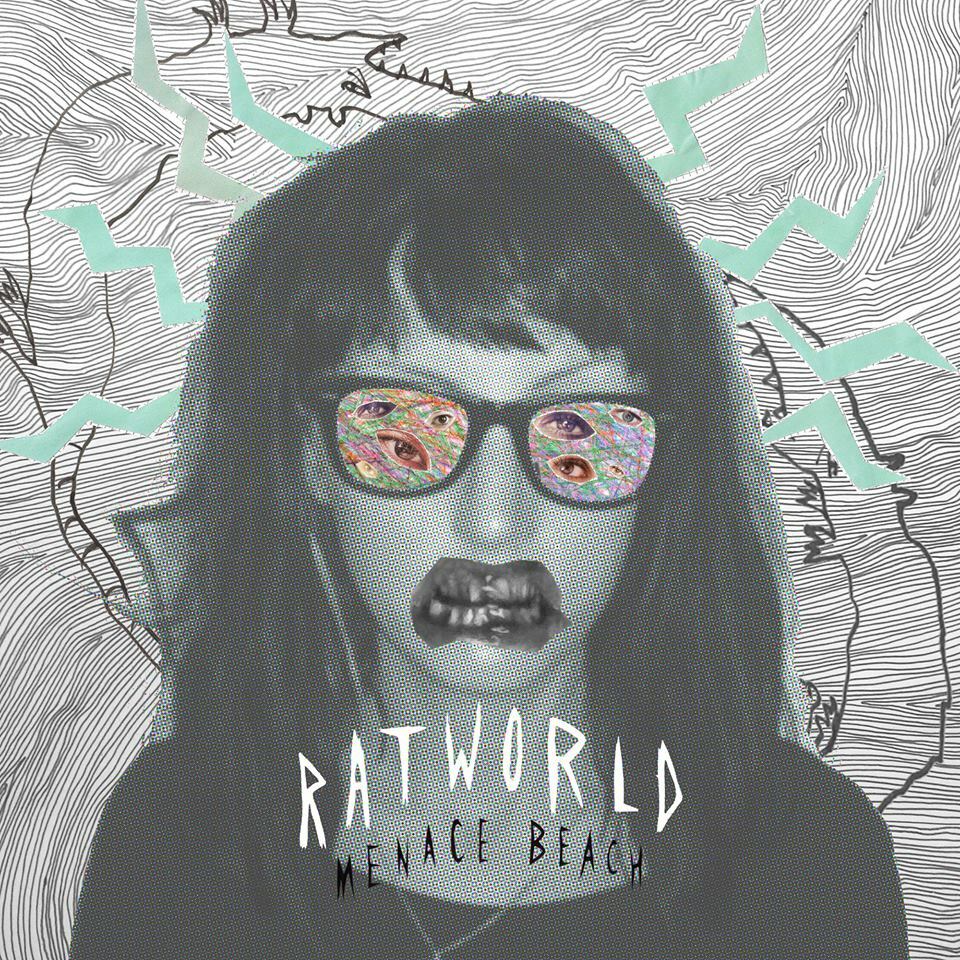 Leeds based Menace Beach’s debut album ‘Ratworld’ released via Memphis Industries on 19th January, embraces an admirable array of styles and influences including woozy shoegaze, incendiary garage punk, celestial dream pop and even has room for a dash of ennui tinged slacker grunge.  Despite treading what many may regard as a well-worn path Menace Beach leave their own indelible and distinct footprint creating a scuzzy, scuffed up (rat) world in which the band reject dry humping current trends in favour of focusing on actually writing decent songs with memorable melodies.

You’ll not find introverted whimpering or bollocks d’jour minimalism here, but you will discover some blisteringly great, twisted guitar driven indie rock.  Menace Beach channel their musical inspirations through the fractured prism of their own imagination conjuring an atmosphere of carefree almost cavalier spontaneity which lies at the beautifully bedraggled heart of ‘Ratworld’. However, repeated listens reveal nuances, textures, and layers that may not have first been apparent providing evidence this is not an album that has been simply thrown together by chance or in haste.

MJ of Hookworms lends a hand on guitar whilst also overseeing the albums production and his finessing and fleshing out of the band’s sound is certainly an important piece in the Menace Beach jigsaw.  It’s a musical jigsaw that has seen the band’s founding members and core songwriting duo of Ryan Needham and Liza Violet augment their sound by surrounding themselves with a revolving ensemble of musicians.  It’s a cast which has included Nestor Matthews of Sky Larkin, Matt Spalding of You Animals the aforementioned MJ of Hookworms, as well as Robert Lee of Pulled Apart By Horses and Paul Draper of Mansun.

The album highlights are many but ‘Tastes Like Medicine’ recalls ‘Copper Blue’ era Sugar, ‘Blue Eye’ is a gorgeous slice of languid dream pop, ‘Dig It Up’ hints at a more song-centric less ostentatious MBV, whilst the riotous ‘Lowtalkin’ has the snarling bratish charm of early Sonic Youth.  All in all if gauzy scuffed up visceral melodic pop brimming with discordant hooks is your bag you’ll find it difficult to resist the grubby allure and melodic power of ‘Ratworld.’