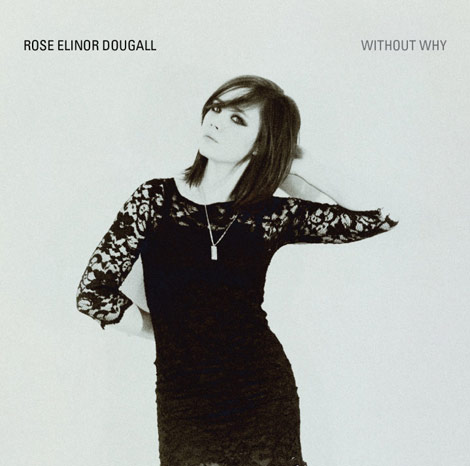 “Carry On” By Rose Elinor Dougall.

Rose Elinor Dougall’s debut album finally lays to rest the ghost of her former musical incarnation ‘Rosay’ from uber pop girl group The Pipettes. ‘Without Why’ demonstrates that Dougall has far more weighty deliberations to cogitate on than simply practising dance moves or ‘Pulling Shapes’.  It’s a thoughtful, reflective and musically mature album suffused with a miasma of yearning melancholy, of things ending, which at times makes Morrissey look like quite the optimist. It’s also an album that displays an introspective yet sophisticated style of song writing that requires some attention from the listener. Indeed bodies of work that often necessitate a degree of engagement are often the most rewarding and invariably ones that achieve greater longevity; this is definitely the point in case with regard to ‘Without Why.

R.E.D.’s melodies and song arrangements are not always the most straightforward and often only reveal themselves after a number of plays enabling the listener to experience that ‘eureka’ moment as things elegantly fall into place. Her great strength has always been her rich euphonic voice which has a cool glacial quality and on occasion conjures up the ghost of Harriet Wheeler, indeed songs such as ‘Carry On’ and ‘ To The Sea’ could fit quite snugly onto The Sundays ‘Reading Writing And Arithmetic,’ which is high praise indeed.

All in all it’s a lovely collection of songs full of depth and beauty centred on themes of love, regret, longing and new beginnings, it’s also an album that will ultimately reward the listener if they are prepared to put the effort in.