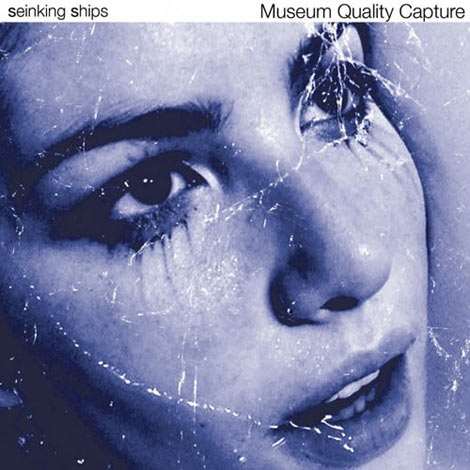 S-Curve Records has signed a deal with former Sub Pop recording artist Eric Matthews, to release a new project he has put together under the name Seinking Ships.  Matthews has collaborated with Ohio musician Christopher Seink to record the album ‘Museum Quality Capture’, which the duo describe as “80’s new wave soundtrack music”.  Mainly instrumental, the album is notable as marking the first significant return to recording for Miki Berenyi since the break-up of her former group Lush in 1996 – Berenyi contributes vocals on three tracks.  The album is due for release in the USA on S-Curve June 8.

The Indelicates -‘Sympathy For The Devil’

Freed from the economic constraints of the pre-internet music industry they see very little point in the traditional ‘single’. Consequently, rather than produce expensive videos in order to market choice tracks from the album that will be sold at a loss in order to boost album sales – they will be making videos for every track on the album and releasing them over the next six months. This, for track ‘Sympathy For The Devil’, is the first.

Next week, they will be unveiling the latest corporate records innovation – the ‘social single’, a facebook app that asks you to invite friends in order to listen to a track – and webcasting a live playthrough of the album from their house: follow @theindelicates on twitter for more details. and friend Simon or Julia on facebook for a social single invite…

The Digital Economy Bill will likely be passed, undebated, tonight – But the Indelicates believe (the balance of our rights notwithstanding)  that there is a bright future for music with or without it – If you can’t beat them, make them obsolete. Fuck signed and unsigned, baby, this is the era of the unsignable.

Having just “killed it” at SXSW, according to the New York Times, Band of Horses, the Low Country’s premier rock n’ roll outfit, release their third full length LP, entitled ‘Infinite Arms’, on May 18th through Columbia Records.

The band have made a video for the song ‘Compliments’ available as a free stream and download via their website, bandofhorses.com. Produced by Band of Horses with additional production from Phil Ek and mixed by Dave Sardy, the songs on ‘Infinite Arms’ project the essence of the different locales across America that became the setting for the recording and songwriting process behind the album. The rich musical heritage of Muscle Shoals, AL, the sublime beauty of Asheville’s Blue Ridge Mountains, the glamorous Hollywood Hills and the vast Mojave desert all influenced the sounds on ‘Infinite Arms’ and helped yield the group’s most focused and dynamic recordings to date. The serene woods of Northern Minnesota and the band’s native Carolinas inspired the songwriting, lending the compositions an air of comfort and familiarity.

Band of Horses is Ben Bridwell, Creighton Barrett, Ryan Monroe, Tyler Ramsey and Bill Reynolds. Long time touring members of the group, ‘Infinite Arms’ marks the recording debut of Ramsey and Reynolds, while Barrett and Monroe graced the last album, ‘Cease to Begin’. Through touring together in support of ‘Cease to Begin’ and during breaks in the ‘Infinite Arms’ recording process, the band have become a cohesive force with all members making invaluable contributions to the unmistakable sound that founder Bridwell has crafted since the band’s inception.

Trivia ; I have a Mancunian friend who first alerted me to this band, unfortunately due to her comedy Coronation Street accent it sounded like she’d said ” ey up, ‘ave you heeerd Band of ‘Arses ? They’re propa  gud” . Took me a while to realise that “‘Arses” is how Mancunians say “horses”. ;)  As in ” eeeeeee, ‘ave you got “‘Arses” – By Patti Smith?” For clarity this is a joke and my mancunian freinds also chuckle at my ridiculous accent …we do have such fun.

Little Majorette are and Anglo Swedish trio featuring Zoe Durrant formerly of the criminally under appreciated Havana Guns and Rock City Sixteen.  Their first single is “Bite The Bullet” , which can only be described as quirky, yet sultry…and insanely catchy…

Here’s the video, which features quirkiness, sultriness and a rather nice majorettes hat…

Dance To The Radio : Still Occupied Though You Forget

Album preview below (use arrows to scroll through tracks)

Dance To The Radio : Still Occupied Though You Forget features new material from The Sunshine Underground, Honour Before Glory (Whiskas / ¡Forward, Russia!) plus an exclusive preview of new material from I Like Trains. Joining the old guard will be a mix of the current Dance To The Radio roster and a selection of our favourite bands from around the world with Paul Thomas Saunders, Rose Elinor Dougall, Bear In Heaven, Club Smith, Three Trapped Tigers, Oberhofer, Bear Hands and (The) Tony Castles joining the party

Released on a glorious 12” picture disc the label will be joining the worldwide celebrations for Record Store Day. Dance To The Radio has also promised £2 of every 12” record sold through the DTTR store will go to the UNICEF, helping out with the current world disasters.

Dance To The Radio : Still Occupied Though You Forget is released on very limited 12” (with a code to download the tracks) on Saturday April 17th 2010 and on Digital Download on April 26th 2010. Preceding the June release of ‘Outlaster‘, seminal American singer / songwriter Nina Nastasia’s first album in three years, comes a new 2-track digital single. The opening track from the new album, ‘Cry, Cry, Baby’ serves as both a neat re-introduction to Nina’s work and in particular, to the sumptuous new sound of the album – a lush, orchestrated sophistication that, with no loss of distinction or economy, transcends the traditional reach of her famed spareness.

Recorded once more with Steve Albini at Electrical Audio in Chicago, Nina engaged Los Angeles musician and arranger Paul Bryan (whose collaborative credits include Aimee Mann, Grant Lee Phillips & others, and who’s worked as an instrumentalist with Allen Toussaint, Mavis Staples, Lucinda Willams, & many more) to adapt her songs into a score for a small orchestra. Then Nina and her long-time companion / collaborator Kennan Gudjonsson assembled string and woodwind quartets, finding the perfect complement with drummer Jay Bellerose (of Nina’s critically acclaimed albums ‘The Blackened Air’ & ‘On Leaving’) and Chicago guitarist Jeff Parker (Tortoise).

Retro Track Of  The Week

Mazzy Star- “Fade Into You”