It gladdens our bitter and blackened hearts to hear yet more talented musicians emerging from Liverpool, keen to explore different musical avenues and happy to leave the jejune revivalists trapped in their own musical cul-de-sac, drowning in a stale piss filled well of dreary nostalgia.

Of course everybody is influenced by something but it’s what you do with those influences that really matters. Jethro Fox take his own musical inspirations which he says range from 60s sunshine-pop bands such as The Hollies, to the darker elements of Grizzly Bear and melds them into a beautiful sound that is all his own. He also plays all the instruments on this track too. Clever bastard ! 😉

Another track from Frankie’s forthcoming album ‘Interstellar” and one thats sure to “go blog” as they say these days. And rightly so, as yet again she delivers another slice of fabulous pop that serves to whet the appetite for her the album, due out on April 19th via Memphis Industries

You can catch their Residency at The Shacklewell Arms in 2012: on the following dates 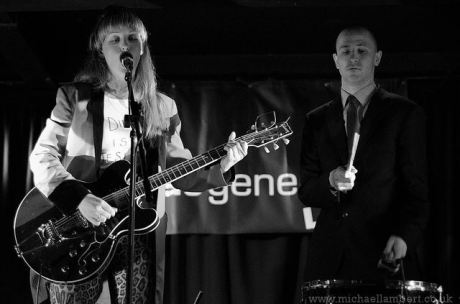 Creeping Ivies are Becca Bomb – Vox/guitar and Duncan Destruction – Drums, formed in 2010 in Scotland. Their influences and love of sleazy, dangerous Rock N Roll is apparent and it might come as no surprise that they list The Cramps, Bo Diddley, Link Wray, Johnny Thunders, The Clash, The Ramones, The Sonics, Velvet Underground amongst their favourite artists.