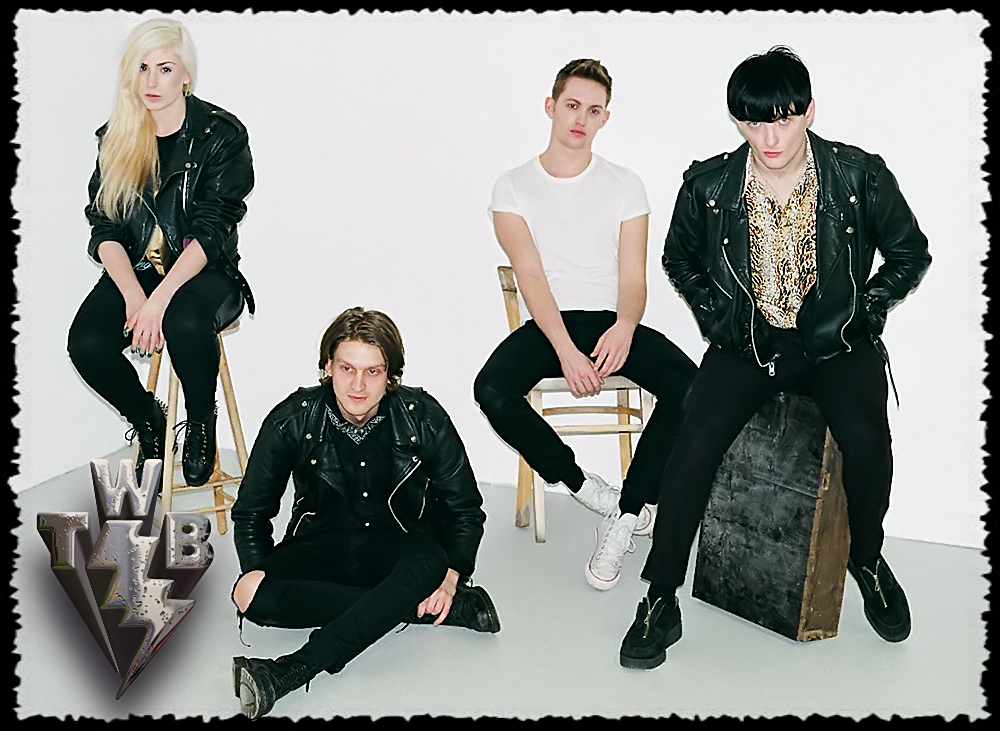 Some may have painted Two Wounded Birds into a corner as rock n roll revivalists, Ramones wannabes or even the UK’s answers to The Drums, and whilst there are germs of truth in such views, Two Wounded Birds eponymous début reveals there’s far more substance to them than merely a band blithely plundering rock n’ rolls illustrious history.

They also demonstrate that their influences are far broader and their musical range far wider than many may have previously given them credit for.  Two Wounded Birds pull off the trick of sounding timeless yet contemporary and in front man and guitarist Johnny Danger, they  have a songwriter who can effortlessly channel Buddy Holly, Jerry Lee Lewis, The Smiths, Joy Division, The Beach Boys The Cure and even The Cramps, melding these influences together to produce something new and fresh with a distinct and cohesive sound that is all their own.

The predominant themes that emerge are  ones of doomed love, existential angst, heartbreak and isolation, all staples of  the rock n roll outsider framed in a “Frankie and Johnny, Romeo and Juliet” mindset of “me and you against the world.”  Beneath the leather jackets, the shades and rockabilly bravado beats a poetic heart, bruised but defiant. Danger has developed as a discerning an ear for classic melodies and pop hooks as Phil Spector, [before he descended into  stark raving balls out gun-toting, wig wearing lunacy,] but tempered with a typically fatalistic  English sense of doom ala Curtis or Morrissey.  “To Be Young”, and “It’s Not Up To You” have that classic British indie guitar shimmer, whilst “the killer” rabid rock n roller  that is “Daddy’s Junk” could quite easily slip into Lousiana’s finest piano mauler’s set without skipping a beat.  The gorgeous “Outer World” is  Roy Orbison  meets Johnny Marr, and positively drips with an  aching sense of melancholy, no doubt informed by life, love and the faded seaside glamour of existing in the confines of an English coastal town during the worst recession in generations whilst “I’m No Saviour “ could be a more realistic response to The Penguins idealised, yearning view of  young love via “Earth Angel.”

It’s an album that will have purists marvelling at the bands technical ability to breathe new life into a genre that some may feel is a well worn musical path, but it’s the emotional punch the songs pack that really elevate this album to another level. A great début from a band who have built on their potential and are now stretching their musical wings to reach new heights. Bird is the word.