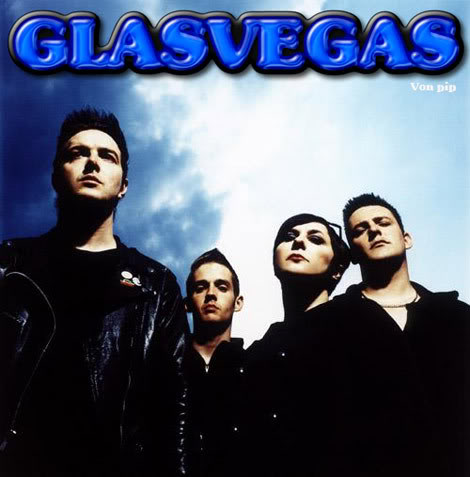 Alan McGee has described them as “the greatest Scottish band of the last 20 years,” Alex Kapranos of Franz Ferdinand was recently quoted, reiterating,almost word for word McGee’s sentiments, a case of great minds think alike? Or fools seldom differ?  It’s is great debut of that there is no doubt, although album of the decade might just be cranking up the hyperbole a wee bit  too much, and place unnecessary pressure on the bands shoulders. The album itself discards the tired pseudo Beatles Oasis template used for so long by corporate Indie and harks back to a time before the mop-topped ones changed music forever. James Allan’s incisive, heartfelt lyrics address a wide range of issues which are very much of the here and the now, guilt, hope, regret, despair and provide a profoundly moving snap-shot of modern Britain today. “Daddy’s Gone” is a heart-wrenching indictment of the pain caused by failed relationships and absent fathers who seem to regard responsibility as tiresome,  told primarily from the kid’s perspective “All I wanted was a kick-a-bout in the park/For you to race me home when it was nearly getting dark/How I could’ve been yours, and you be mine/It could’ve been me and you until the end of time”

When the guitars gloriously crash into “Its My Own Cheating Heart That Makes Me Cry” it provides one of THE most thrilling moments in recent rock n’ roll history. The song itself is an epic tale of self loathing, guilt and infidelity which makes the hairs on the back of your neck stand up and quiver “…me on my knees and wondering why? /cross my heart, hope to die/its my own cheating heart that makes me cry” Allan doesn’t tackle, what you’d describe as straight forward subjects, writing a song about a social worker friend, “Geraldine,” and her relationship with her client (“when you say that I’m no good and you feel like walking/I need to make sure you know that’s just the prescription talking”) isn’t what you’d call an obvious subject for a pop song. The fact that it works beautifully, is a testament to the songwriting talent on show, a poignant reverb soaked drama that begs to be sung along to. But as stated, Allan doesn’t do the obvious, he tackles difficult, emotive issues with honesty and empathy, and whilst lyrically, he wears his heart on his sleeve, is never overtly sentimental or mawkish. His wish for a better society in “Ice-cream Van”, which has an atmosphere of Billy Braggs “Tank Park Salute” ….“ bring back the glory days/active citizenship and pure community/freedom of faith“ ..is an ideal we should all relate to and crave.

Album opener “Flowers and Football Tops” demonstrates Allan’s rare gift of adroitly being able to deal with potentially difficult subject matter, which in less skilled hands could sound trite or clumsy. Based on a murder involving a stabbing near his own home it reflects what tabloids have labelled “ Britains knife culture.” (Allan:“I find it hard to get my head around how somebody else can harm another human”) . He also addresses within the song title, the compulsion people now seem to have to express grief publicly with vast floral tributes and football tops marking the scene of a tragedy. It’s really become a little voyeuristic, almost as if the depth of grief has to be expressed by the size of the bouquet. Private grief has almost become public property under the unblinking, puritanical eye of the media; it’s a rather disturbing trend. Look how disgracefully Kate McCann was treated by the media for not shedding tears on cue, how dare she! The GMTV viewers felt cheated, they demanded tears, real tears…she should feel their pain ! But Allan cuts through this sort of bullshit – “My baby is six feet under/just another number/my daughter without her brother/baby, they don’t need to show/its over, I know/baby, they don’t need to show flowers and football tops, I know/ my baby is gone” …. And that says it all, simply, yet beautifully.

Finally we have an album that shines like a beacon on the turbid sea of Indie -kack, one whose range, depth, scope and incandescent beauty should have the indie by numbers brigade hanging their heads in shame. This is music that matters and music that comes from the heart made by a band whose humanity shines through and who, as McGee says could well be the band who will “define a generation.”

The day after the album release I caught the band live in Liverpool, and they were on blistering form, just a pity about the venue (Yes I know Glasvegas are from Glasgow , but did the venue really have to provide a toilet that wouldn’t have looked out of place on the “Trainspotting” set? I half expected Ewan McGregor to suddenly pop up from the lavvy and say, as he wiped the shite from his eyes ,  “you got any skag, mon ?”) ….…. With a capacity of only 500, it wasn’t exactly the most comfortable of gigs, but from the moment the band struck the first chord, the less than salubrious surroundings were quickly forgotten as the audience were swept away in a swirling sonic rush of euphoria. Later, as I left the gig, I realized just how good this band are and reflected on the fact that it’s probably the last time I’d get to see them in a venue of this size… greatness beckons. On the evidence of the album and the live performances I’ve seen from them this year, it’ll be richly deserved . Viva Glasvegas !

Ps / The self titled debut album will not be the only release this year, as there is also a Christmas EP planned, which is, not surprisingly going to be released over the festive period. So far the only confirmed tracks are “Dream, Dream, Dreaming,” “Cruel Moon” and “F*** You It’s Over” (which Cliff Richard really should cover one year.) Allan explains “It’s not necessarily going to be “Merry Xmas Everyone” By Slade -It’ll be some of the moods of how I feel Christmas is for some people. There are people with different experiences at Christmas from a wide eyed kid to people for whom it is not so magical.”

-Bad sound due to me being right by the amp)