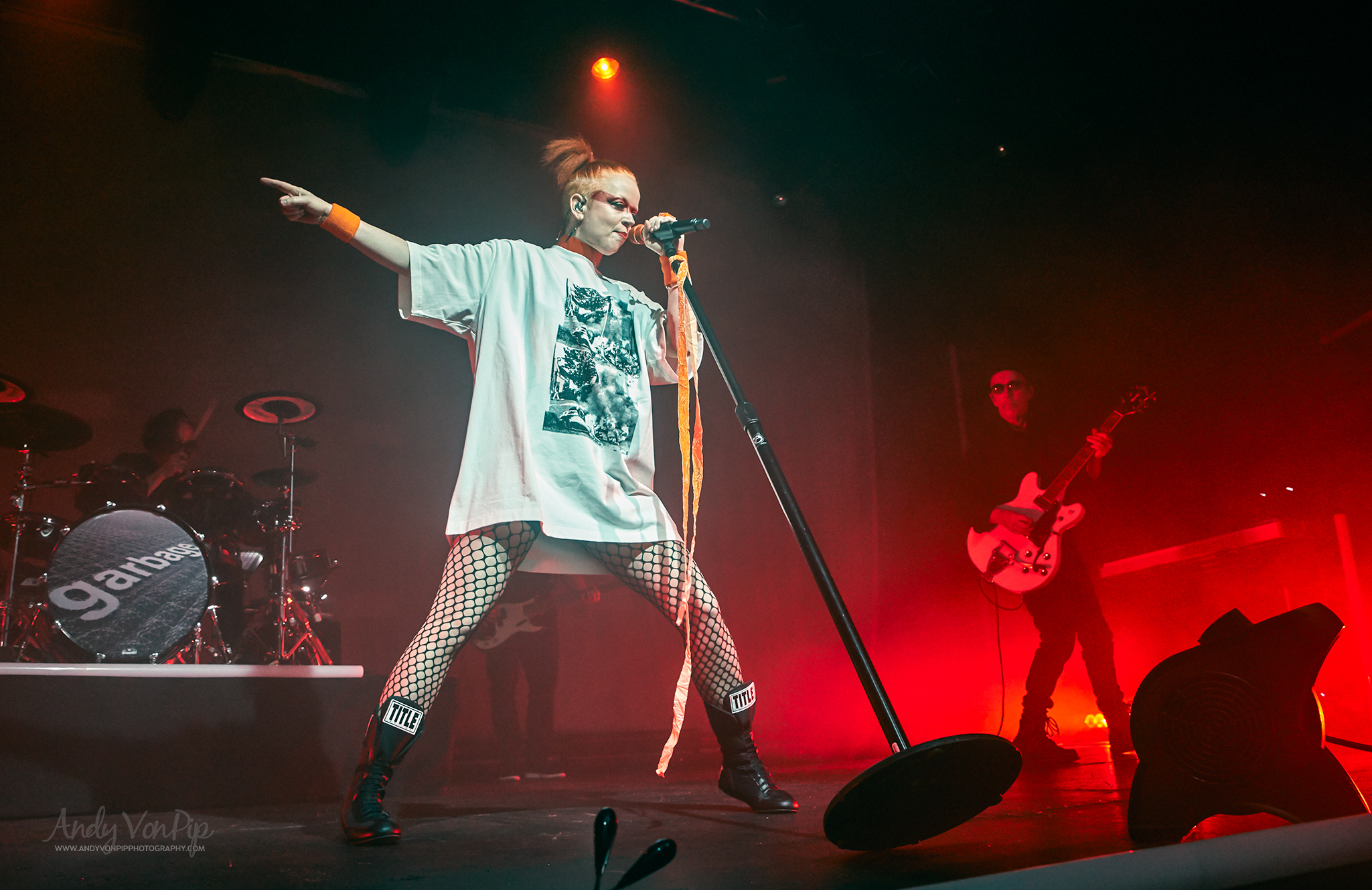 Garbage arrived in Manchester to celebrate the 20th Anniversary of their groundbreaking second album ‘Version 2.0.’ It was arguably the album that saw Shirley Manson really blossom as both singer and lyricist and really embrace the role of being the band’s frontperson. It was certainly instrumental in cementing her reputation as one of rock n’ rolls most engaging and iconic performers as well as a fiery provocateur. The anniversary has been marked by a world tour and sees the album being given a brand spanking new digital jet wash, in the form of a stunning remaster as part of an extremely well-judged deluxe reissue. Garbage probably don’t get the credit they deserve as trailblazing post-grunge innovators,  but  y’know ‘Version 2.0’ still sounds very much like the future. 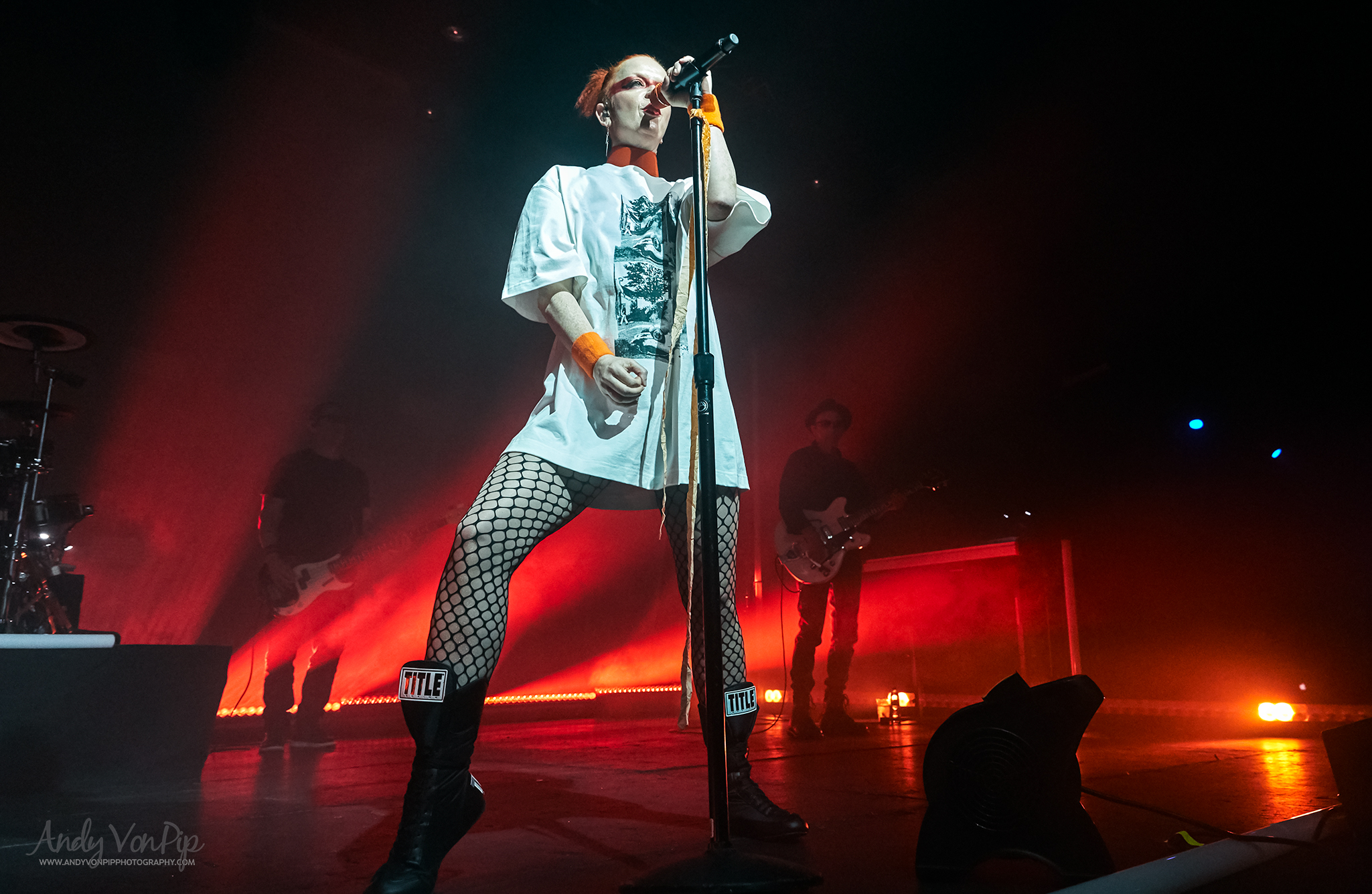 Manson was always the focal point, her dark, intelligent emotionally raw lyrics and soaring vocals produced a perfect storm of rock and roll snarl and edgy seductive charm which worked beautifully against the backdrop of searing guitars, industrial beats, stadia straddling choruses as the band embraced new digital production techniques. And live the band still pack a huge punch with Manson totally owning the stage. Classic tracks such as ‘I Think I’m Paranoid’, ‘When I Grow Up, ‘Hammering In My Head’ ‘Push It’ and ‘Wicked Ways’ all sound as fresh and as razor sharp as they did when they were first released and are delivered with zeal, swagger, conviction and muscular power by a band who are still at the very top of their game. 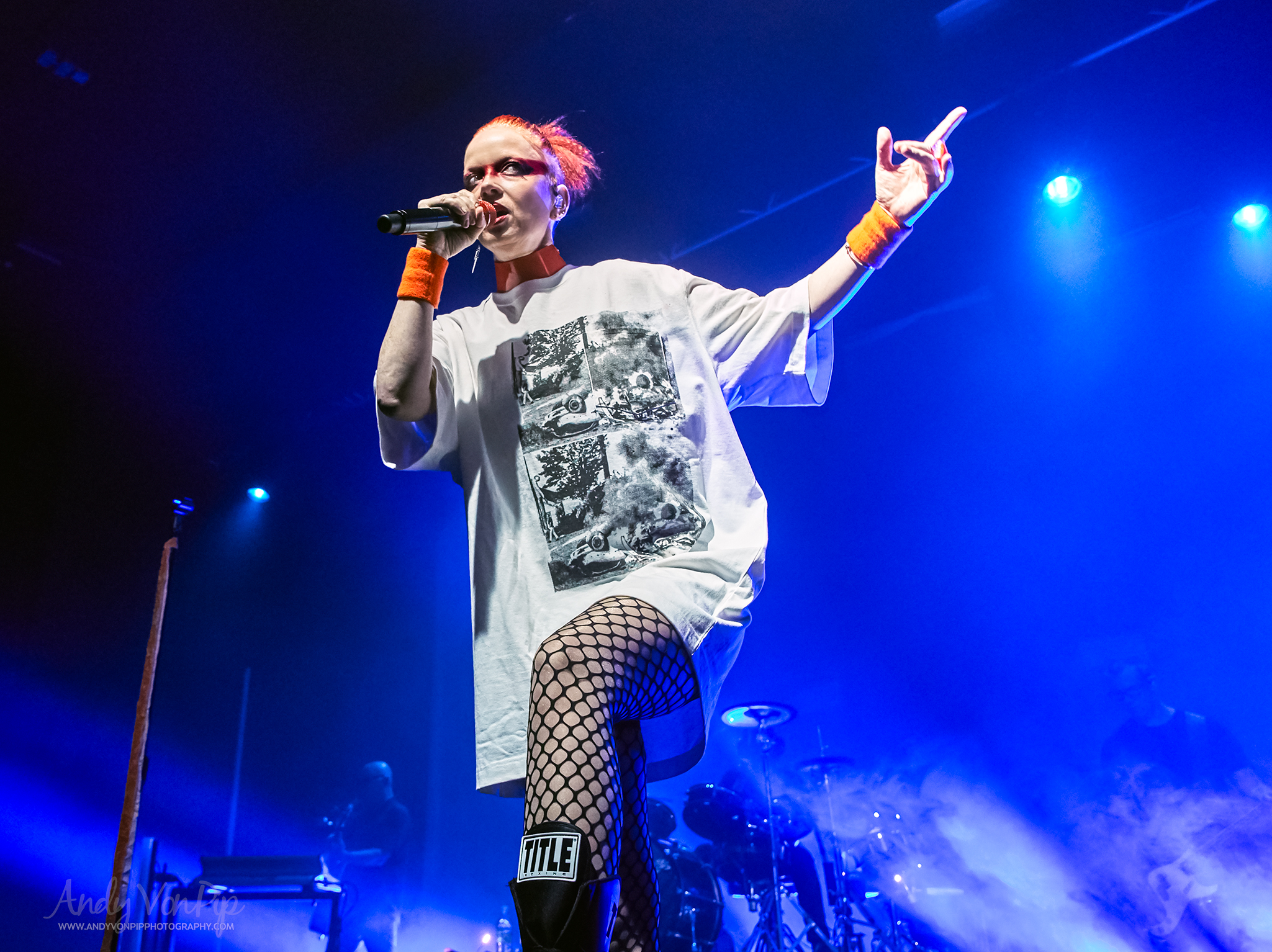 This gig wasn’t simply a nostalgia fest because ‘Version 2.0’ sounds as relevant and as forward thinking as anything currently being released. And Manson no matter what zone she’s in remains one of the most iconic and exciting front people in music. She quite simply demands your attention and has lost none of her no fucks given rock and roll swagger striding about the stage with an enthusiasm and energy that would put younger bands to shame. She can be spit venom and tenderness in equal measure appear strong yet vulnerable, imperious yet warm, but always comes across as honest and 100% real. 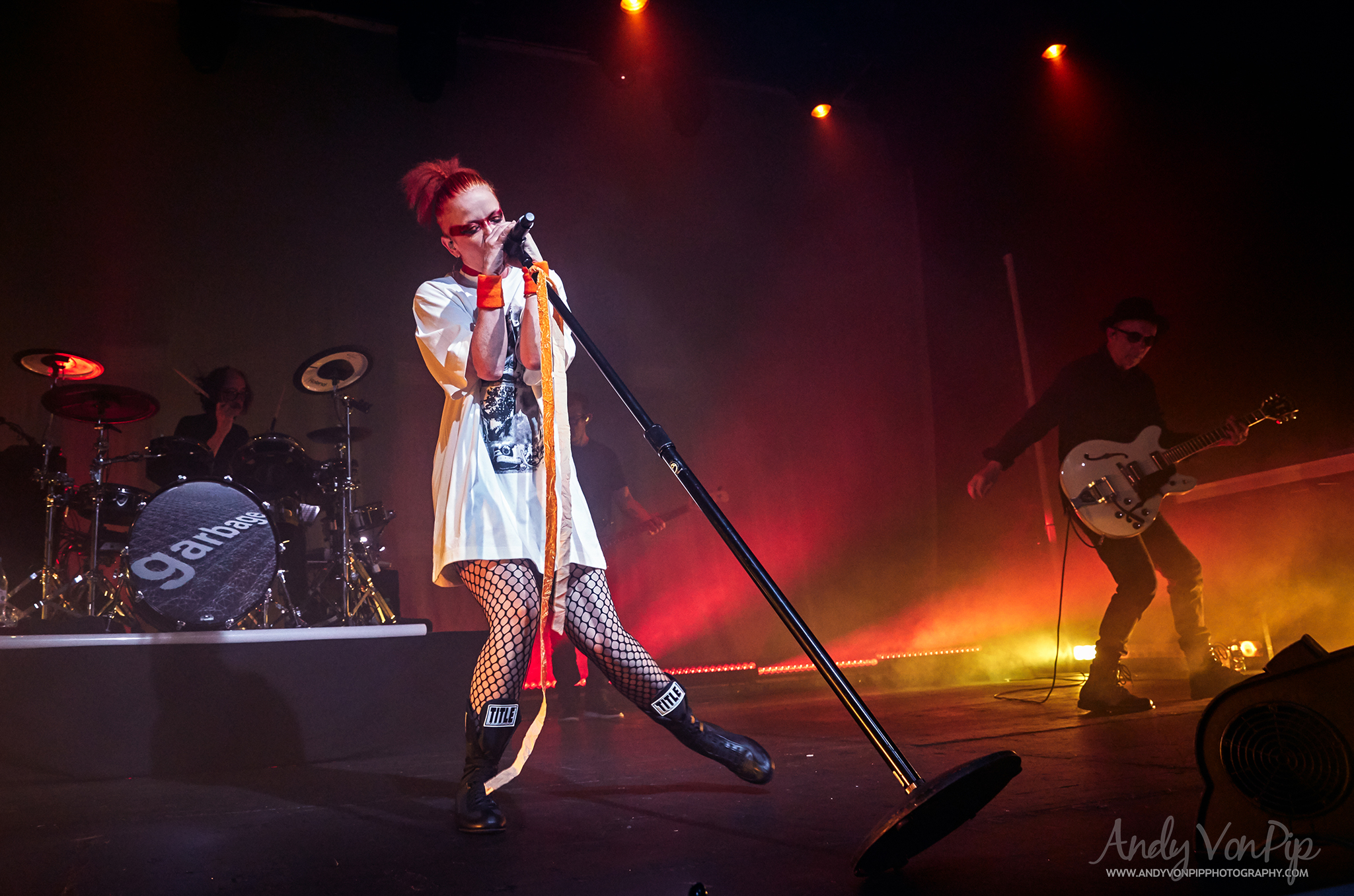 Shirley has been a strong advocate of kicking against the pricks, and the bands choice of support for this current tour has seen them pick bands such as Honeyblood, Dream Wife and tonight Estrons – all artists who have been at the vanguard of promoting safe spaces for women at gigs with a zero tolerance for bell ends.  In Manchester, it was Estrons opening and they looked totally at home on the big stage, they are readying their debut album ‘ You Say I’m Too Much, I Say You’re Not Enough’ and having seen them on numerous occasions they really do just get better and better, and like Garbage mix beauty, power and chaos to devastating effect. 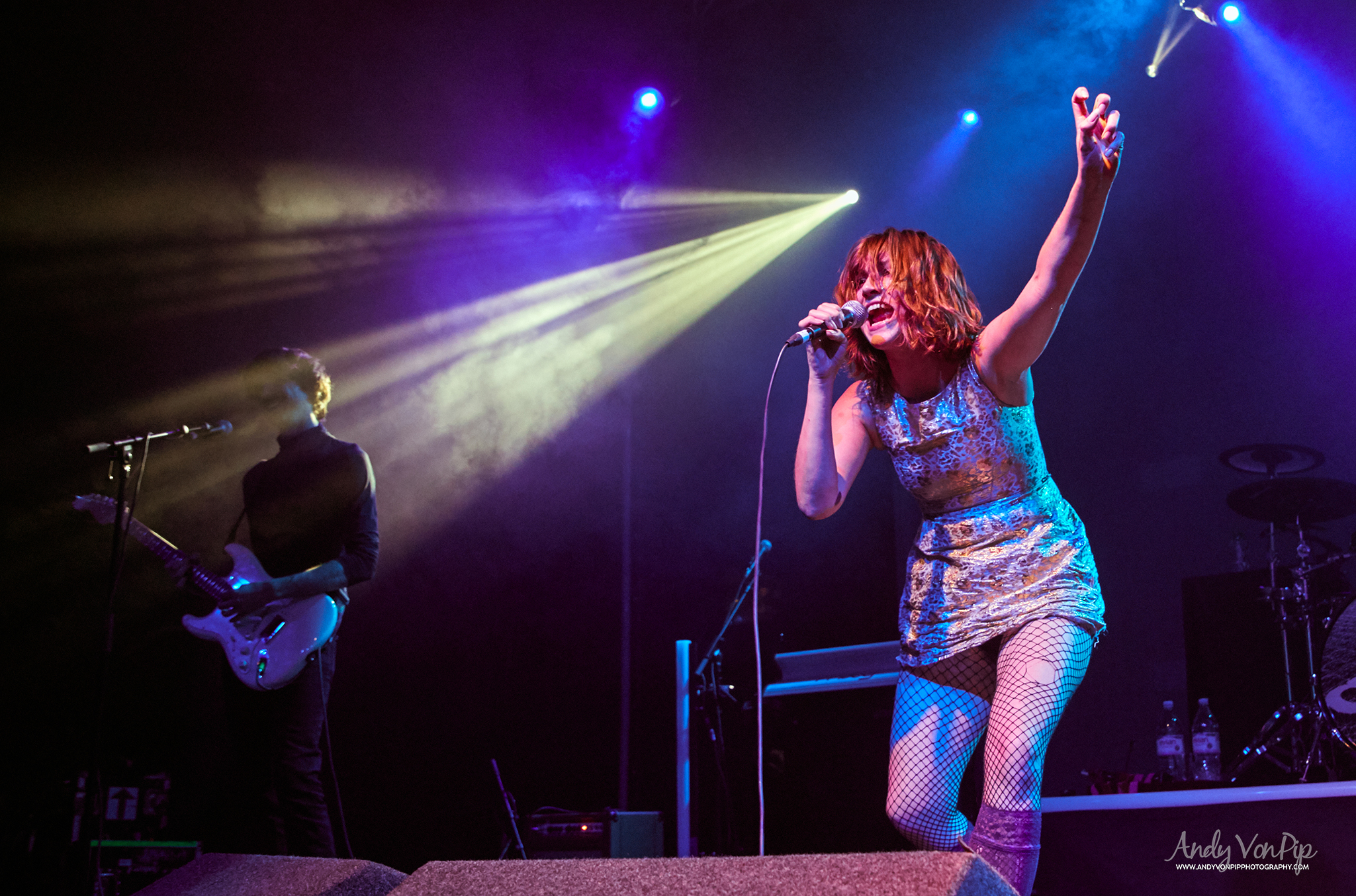 As for Garbage, this gig demonstrated what an enduring and pioneering band they are, proving the naysayers wrong who thought they’d be a five-minute wonder and showing there’s plenty more left in the tank yet. Hopefully, they’ll be back with new material in the near future as long as they remember “The Trick Is to Keep Breathing.” 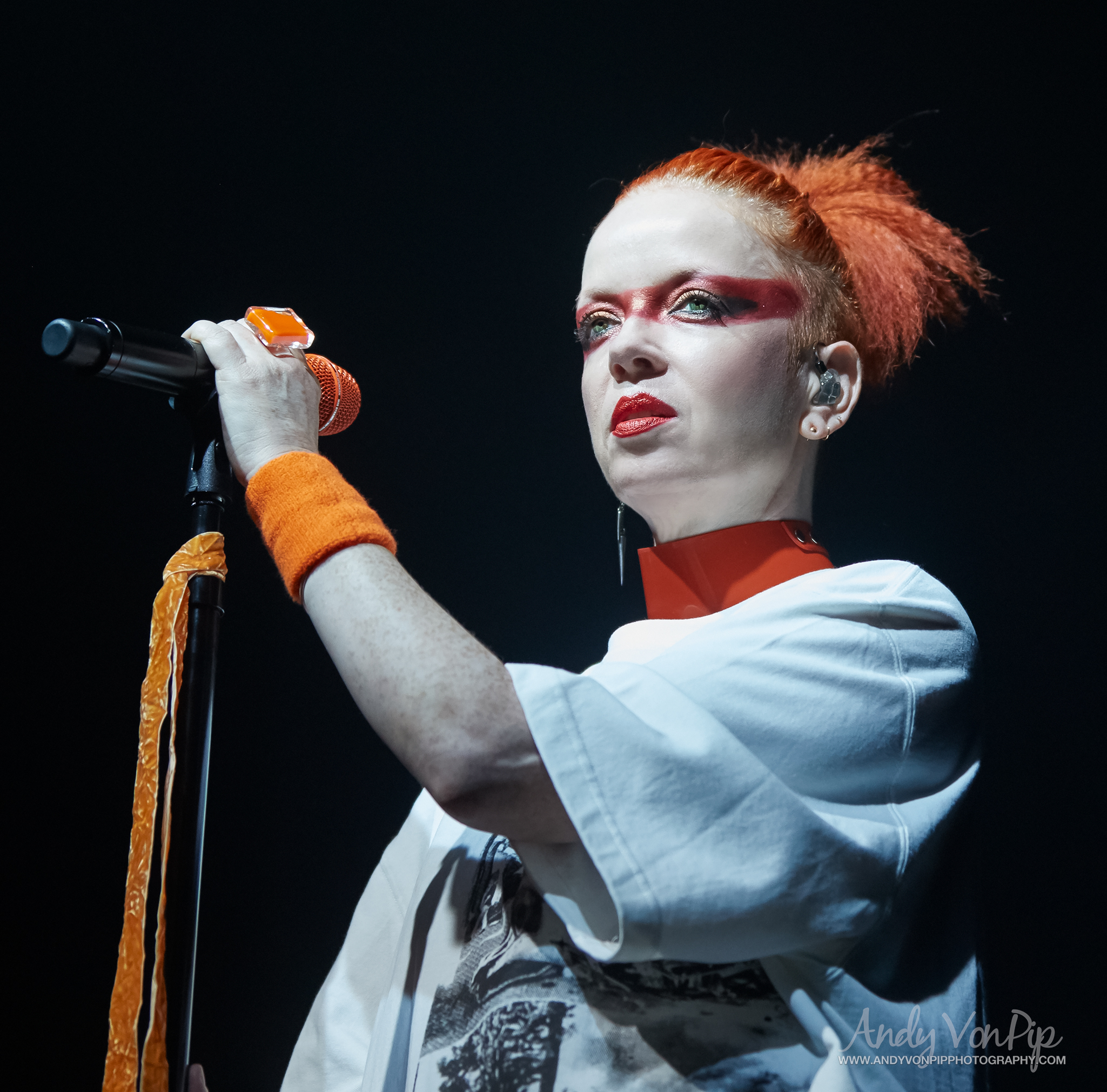 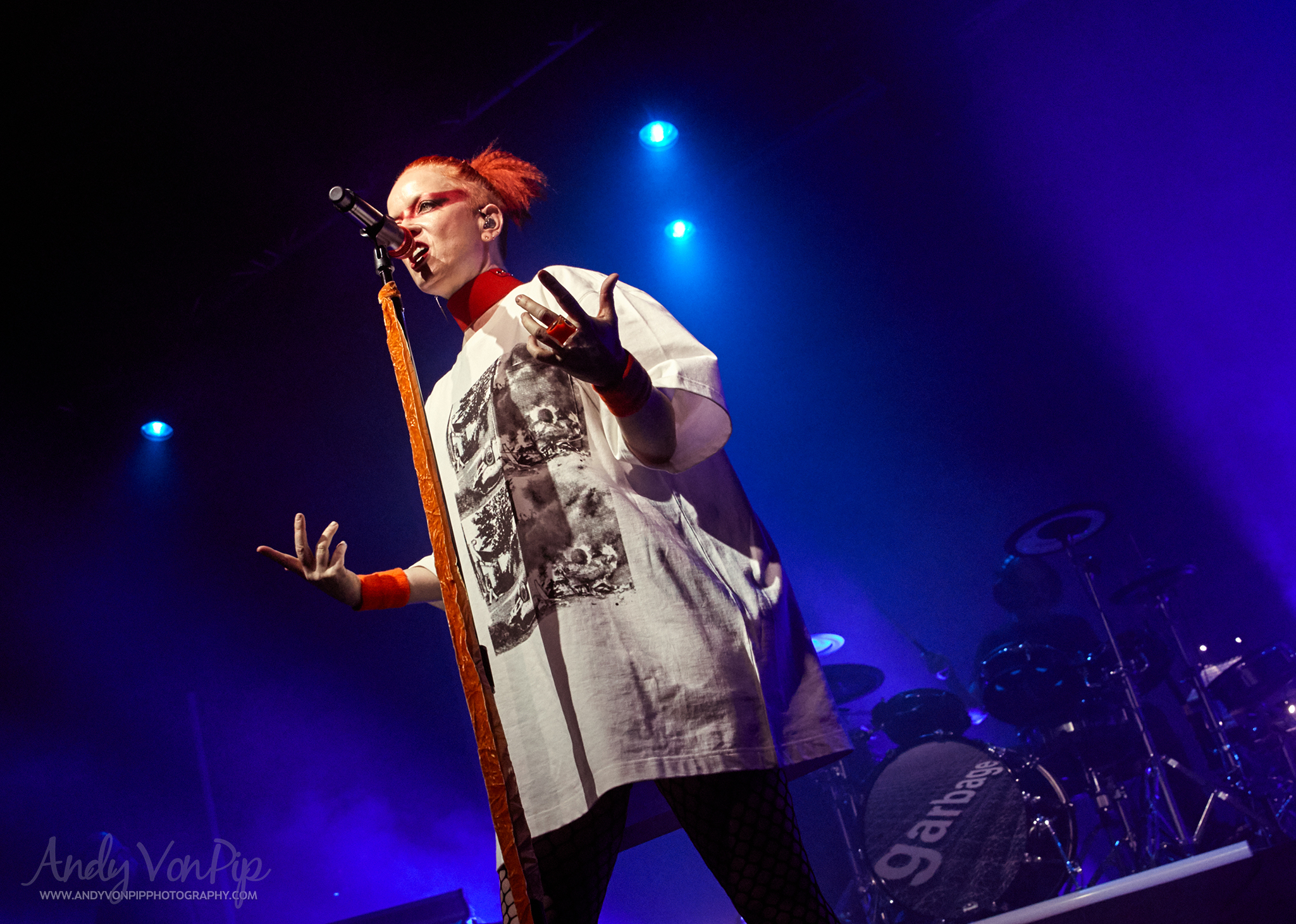 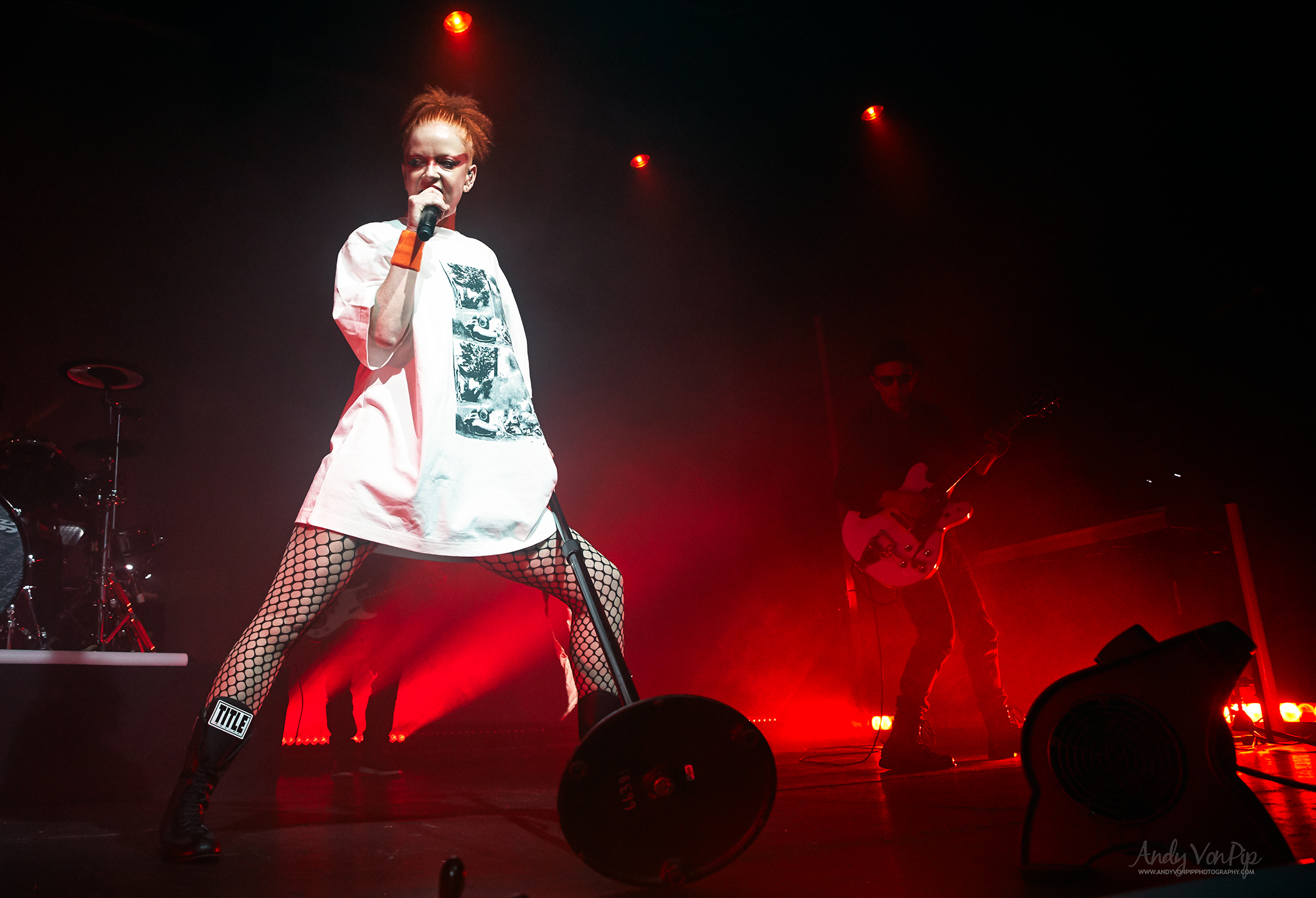 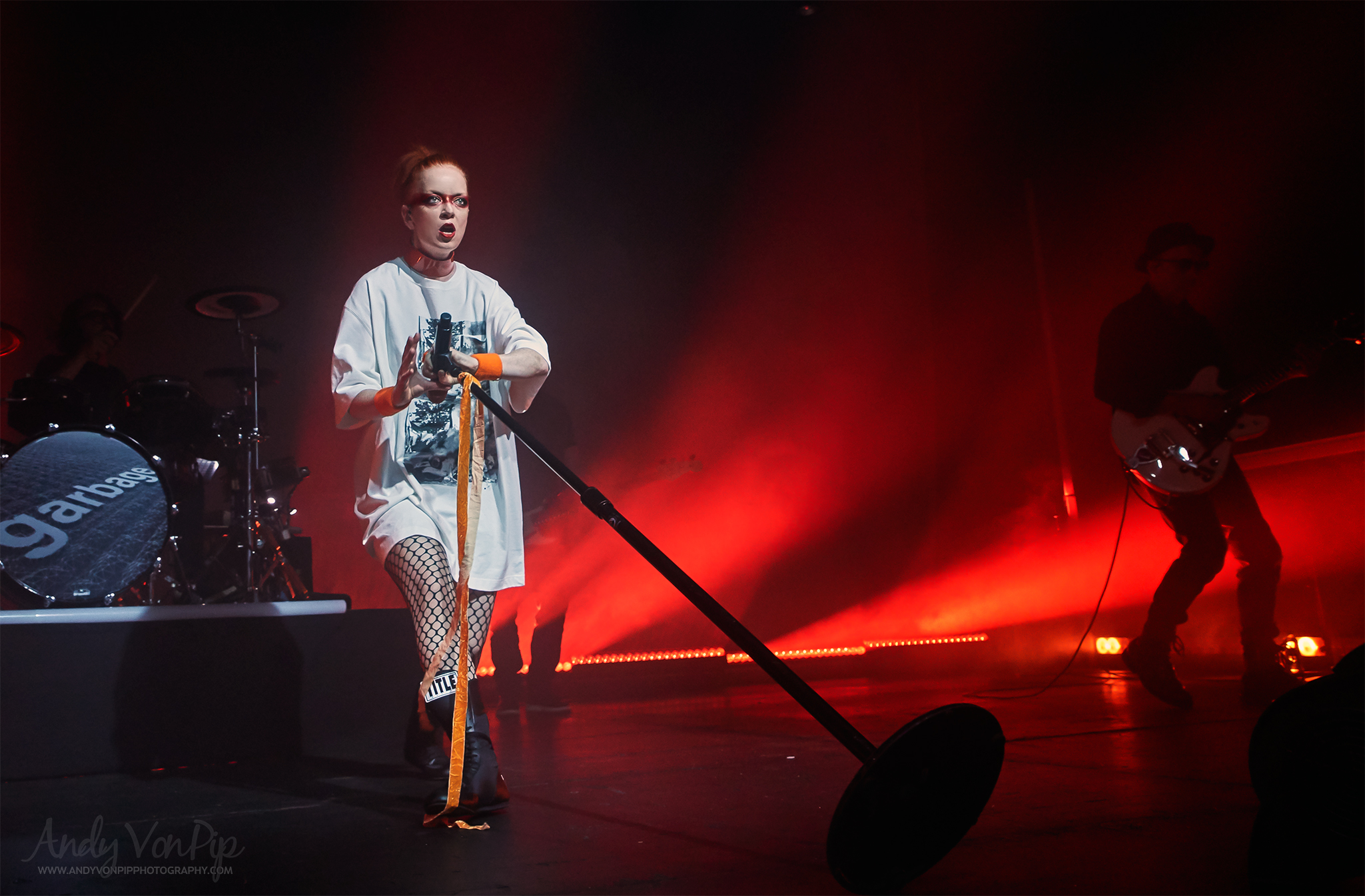 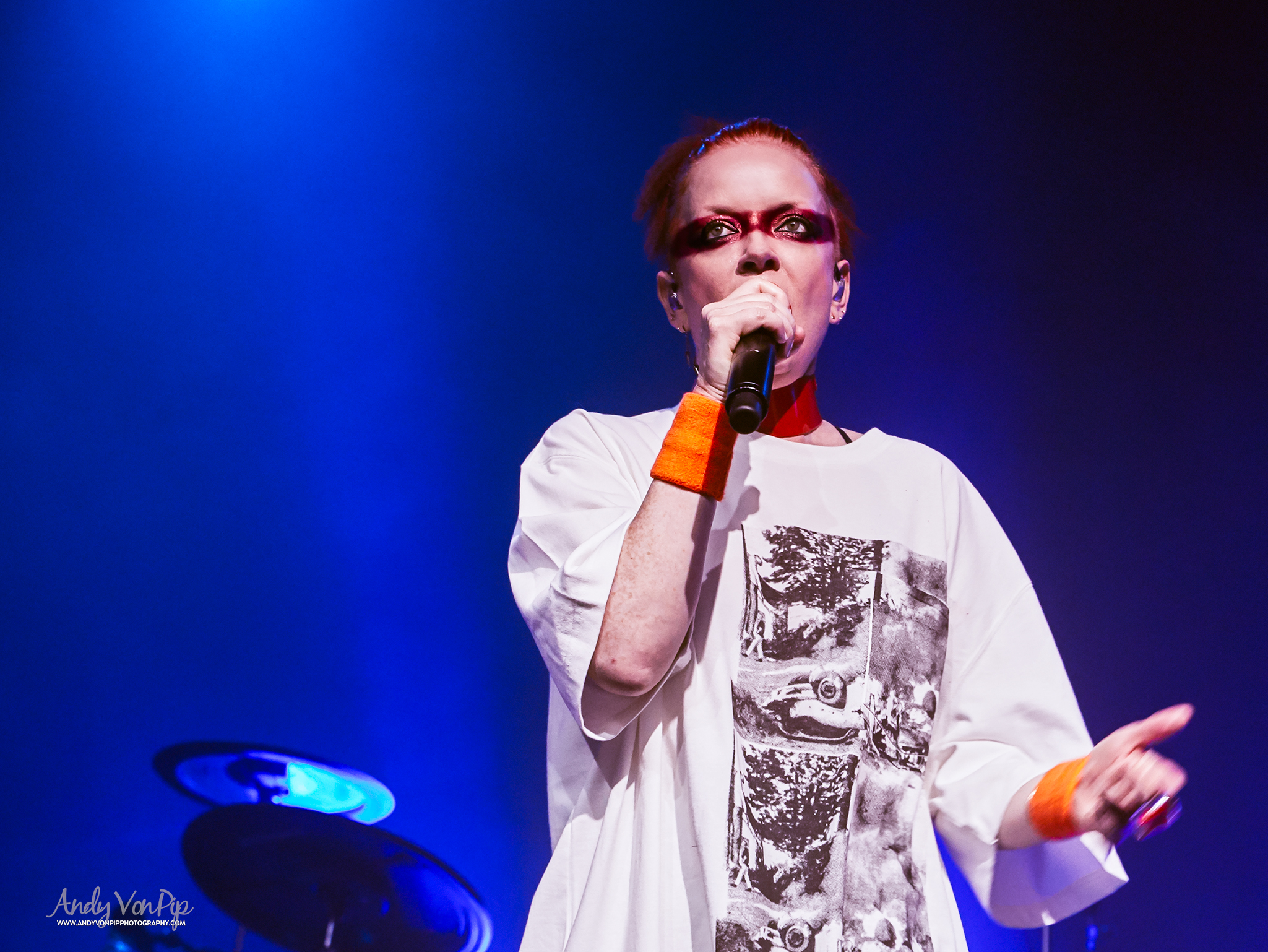 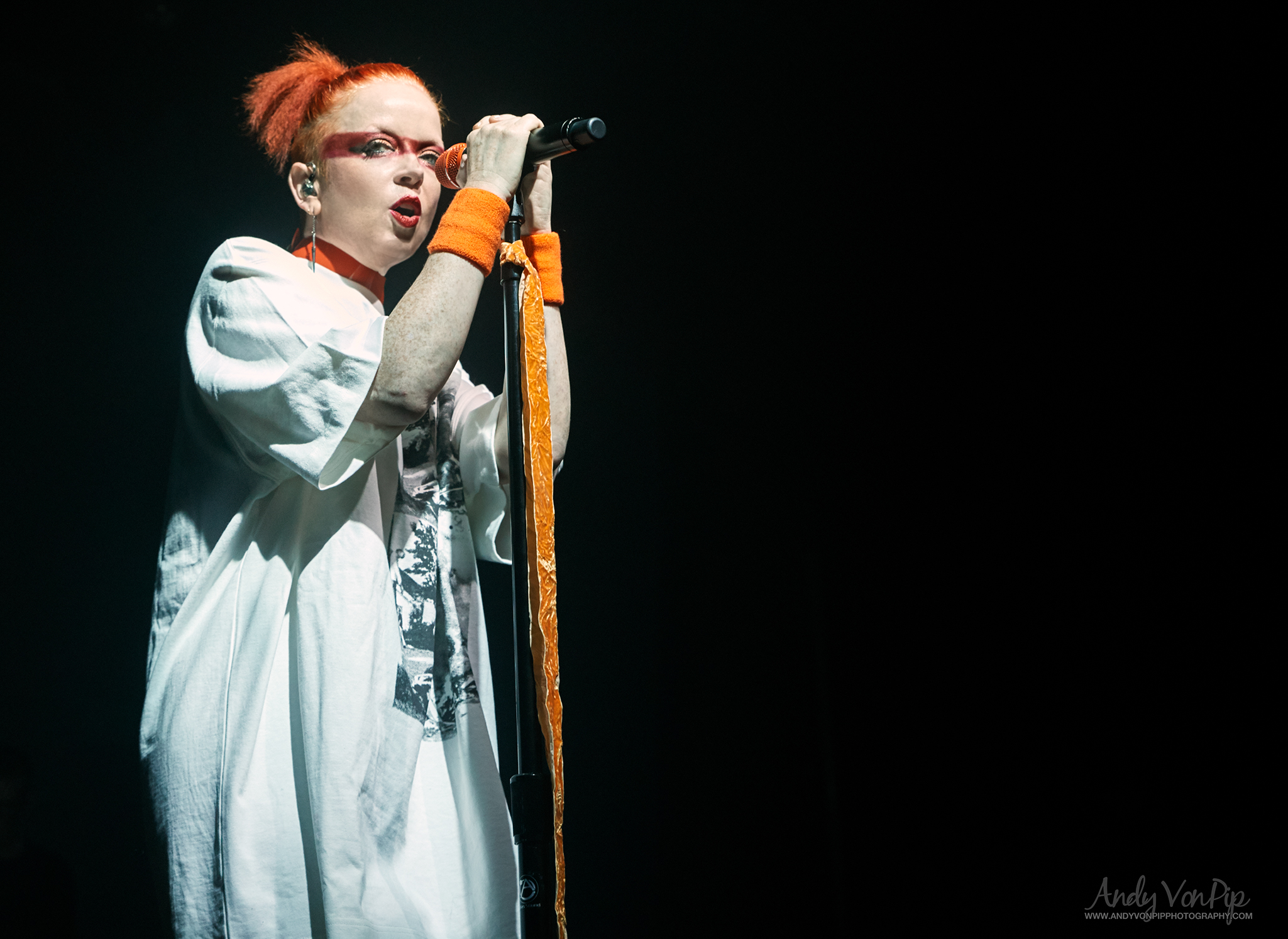 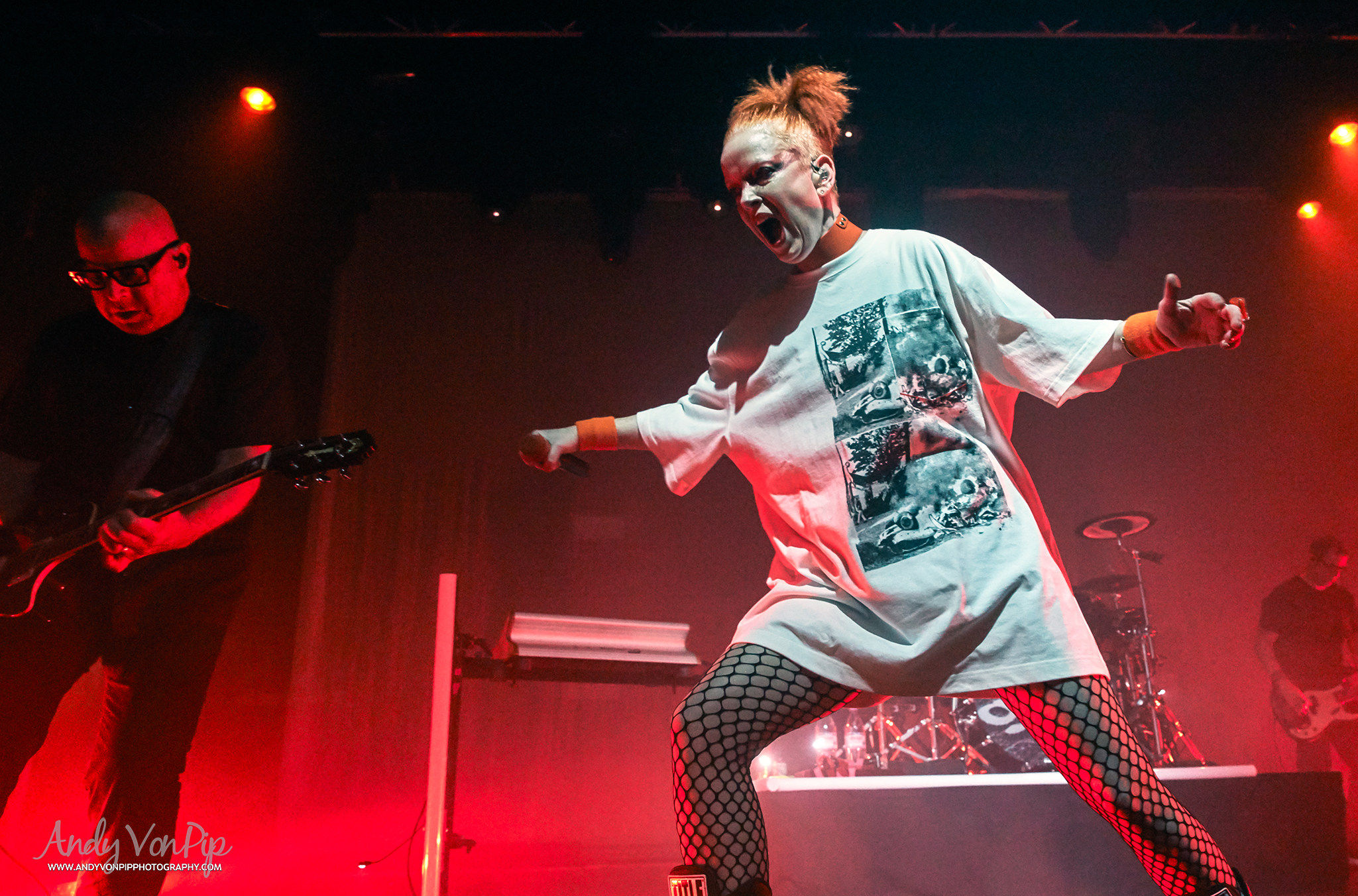 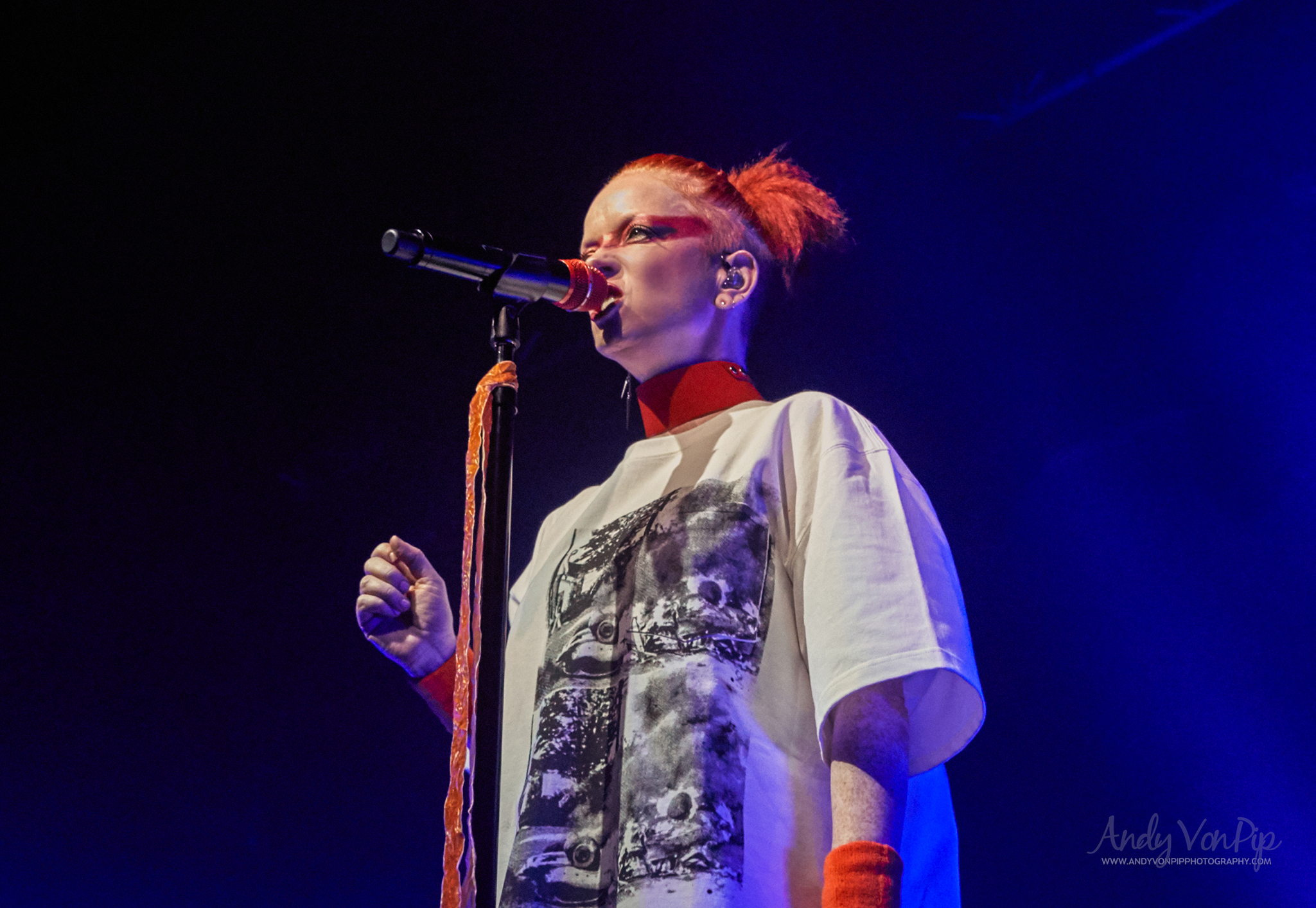 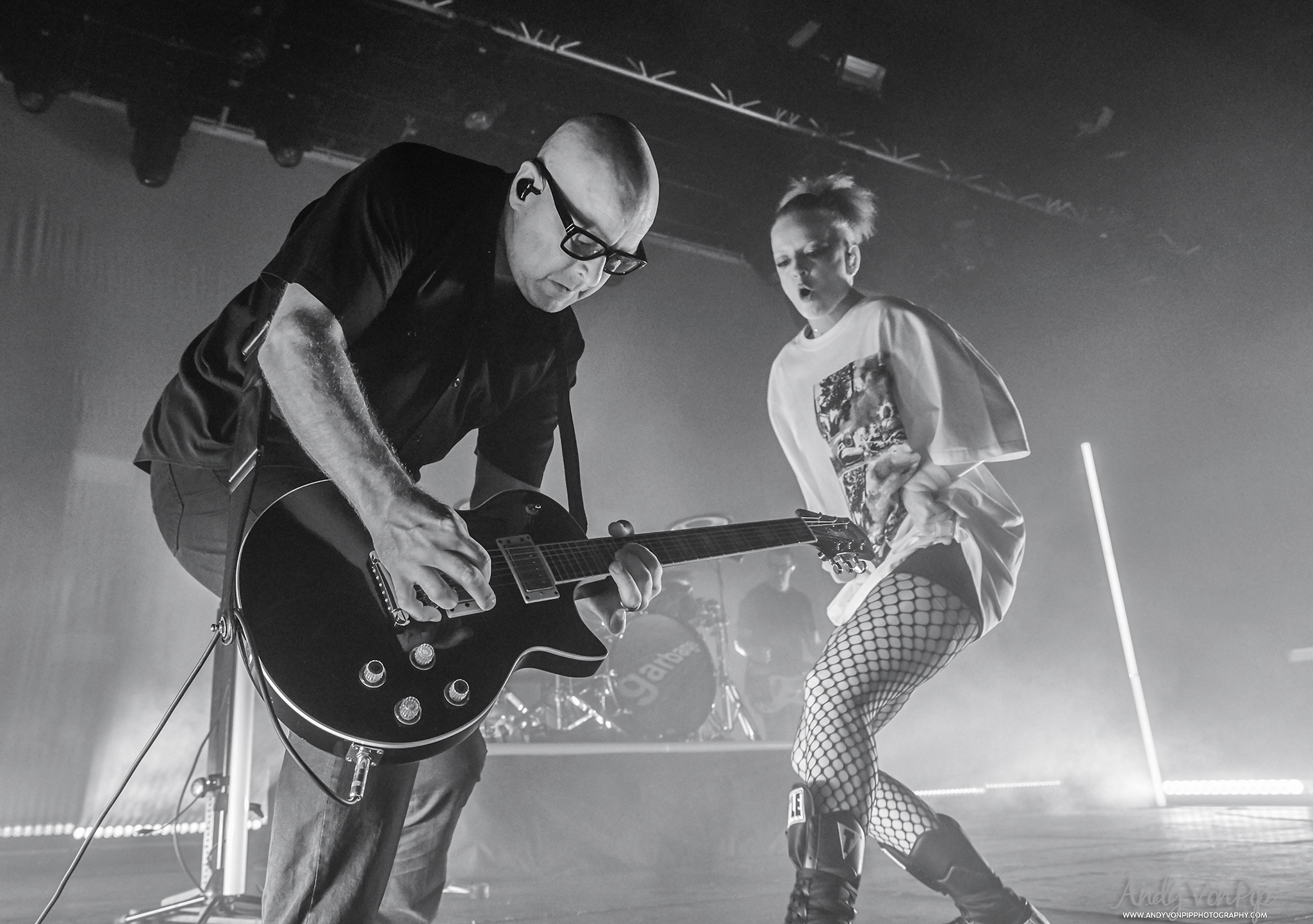 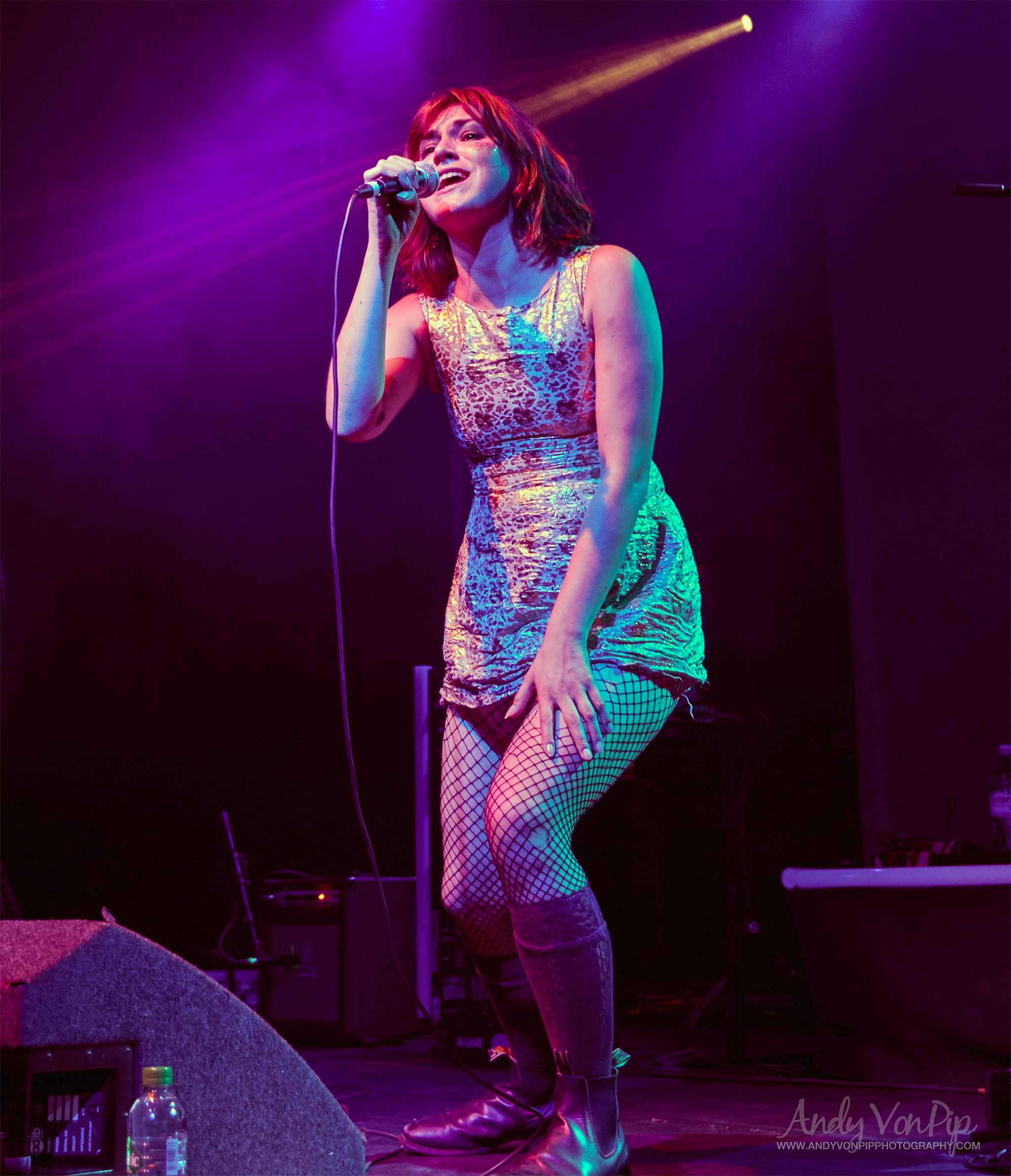 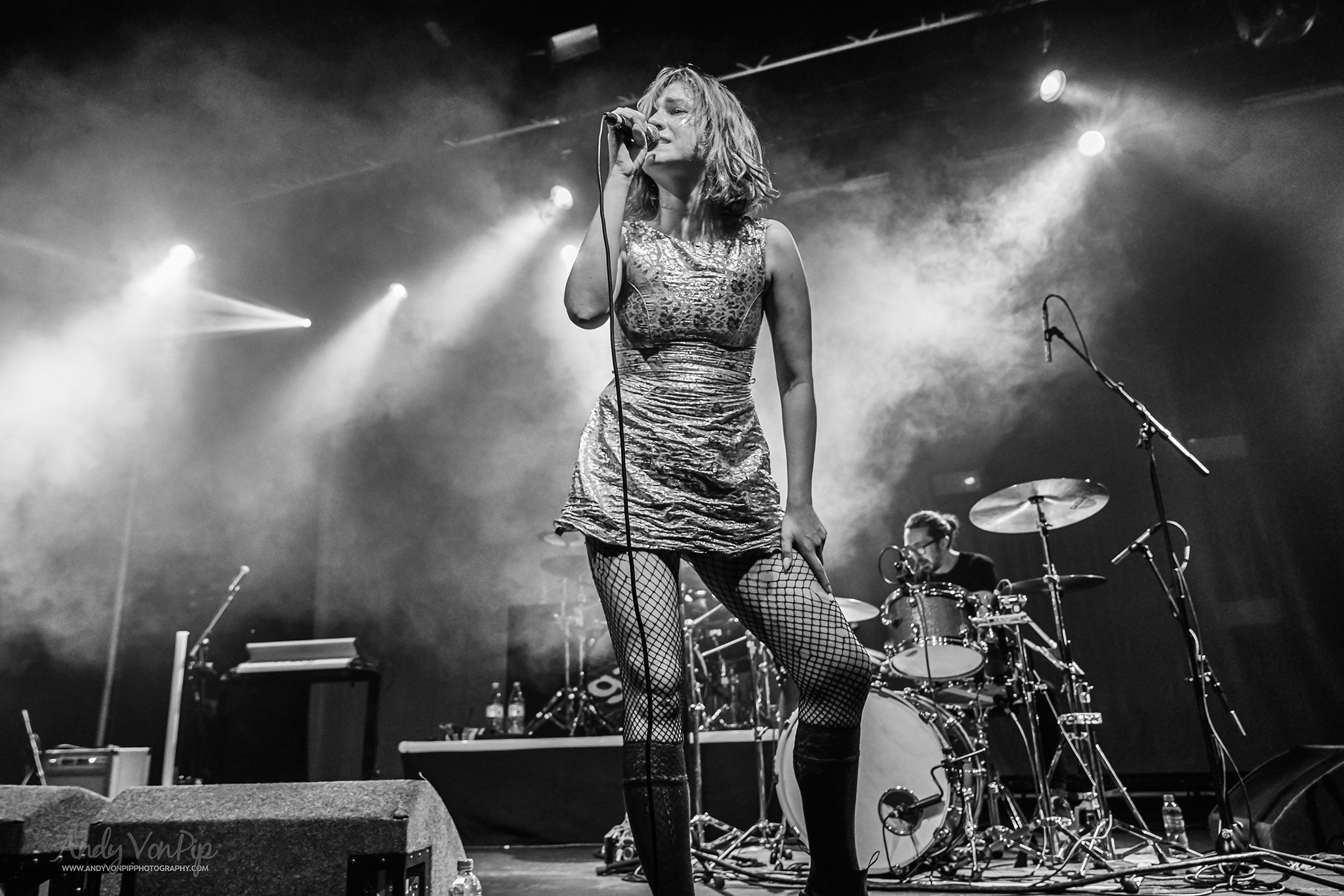 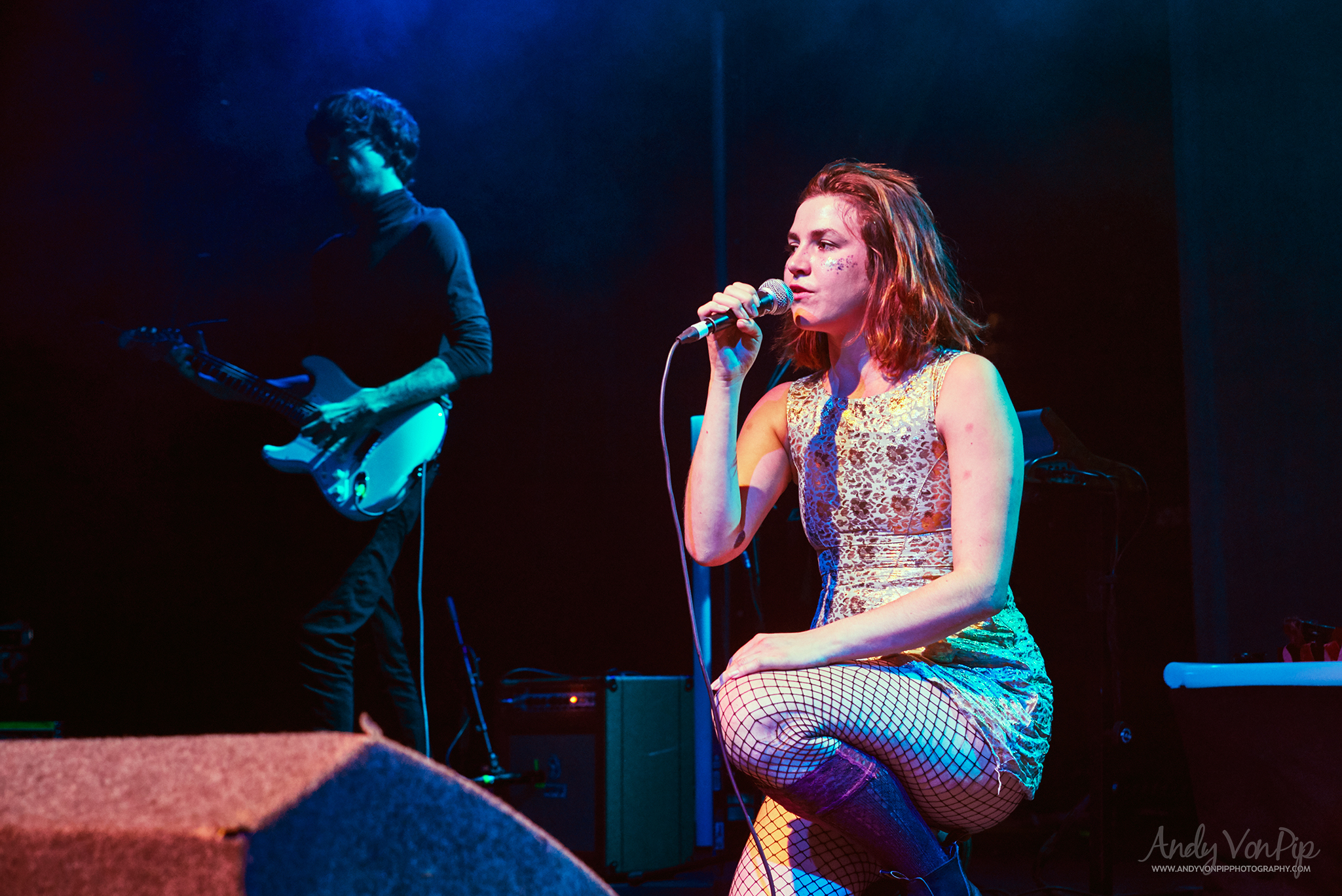