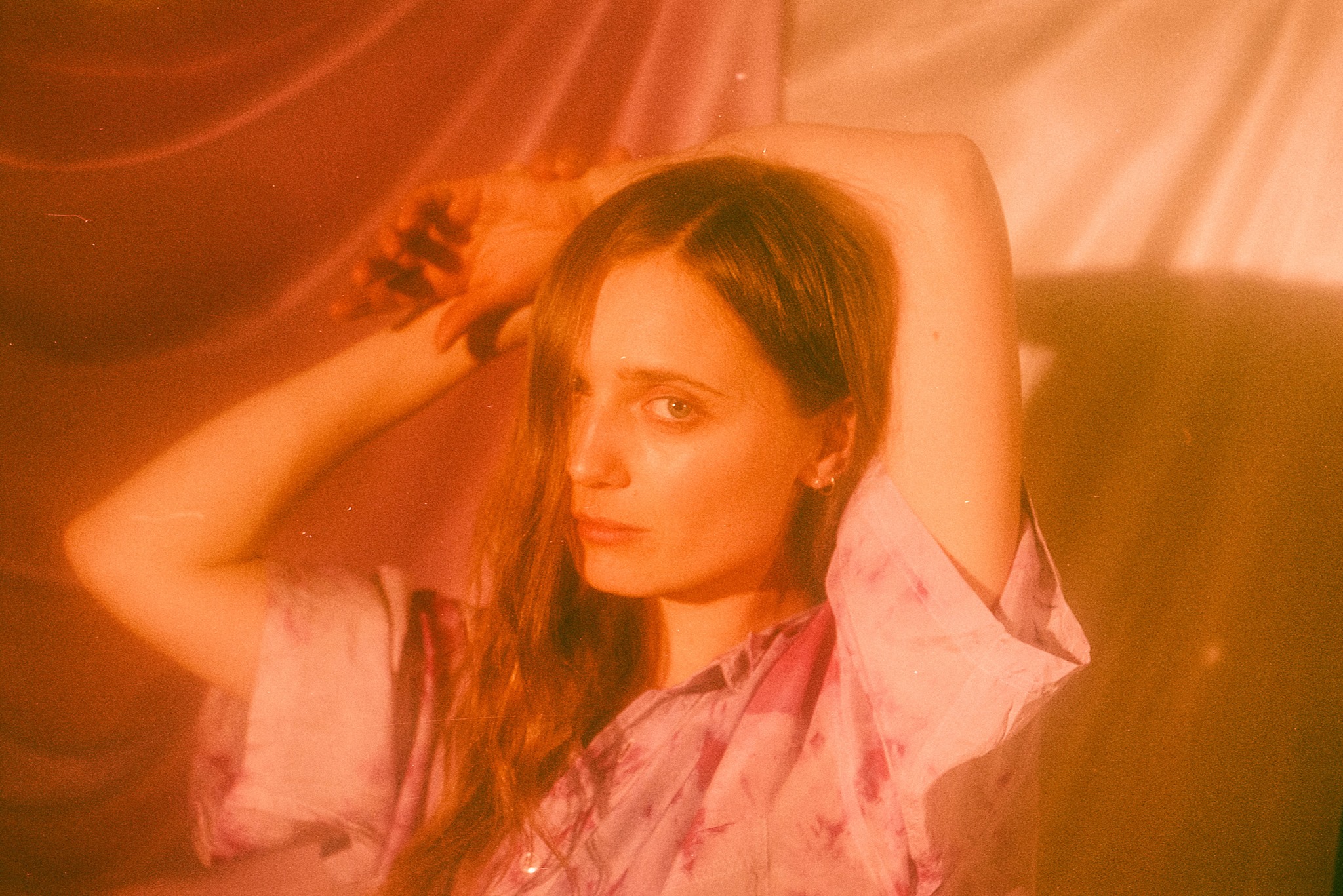 So after stepping back from regular blogging last year, I’ve decided to step it up again. Given my diary is as empty as Jacob Rees Mogg’s ghastly withered little soul and the pandemic looks set to be with us a while yet, I have a little more time (and a lot less money)  on my hands.  And of course, it’s very important to support new artists,  perhaps now more than ever given the triple lock clusterfuck of COVID/ BREXIT which has brought into sharp focus the third kick in the proverbials, the meagre streaming payments to artists.   If you listen to Newscast (The 21 Days Later Episode)  Midge Ure makes some hugely salient points about the effect of Brexit on UK touring musicians   – at around 25 minutes in  https://www.bbc.co.uk/sounds/play/p094r7jb  Anyway before I go off on one –  here are some new tunes to uplift soothe, inspire, dance to etc …

Another quite brilliant release from the hugely talented Swedish singer-songwriter and guitarist Linn Koch Emmery (pictured above)  with a dark, yet bittersweet “Linn RIP.” She says the track is about “being sick and tired of yourself “ for making  “the same mistake over and over until putting your personality on hold feels like the best solution.” The video shows various versions of Linn and there’s dark gallows humour in there, and perhaps one message to be taken is to learn from your mistakes but also to be kinder to yourself. Linn has released some beautiful music over the last few years ( check it out here https://linnkochemmery.bandcamp.com/ ) and we had hoped to catch her in London last year, but COVID put paid to that. However, hopefully, her debut album is in the offing and will shine a light on what an absolute talent she is. 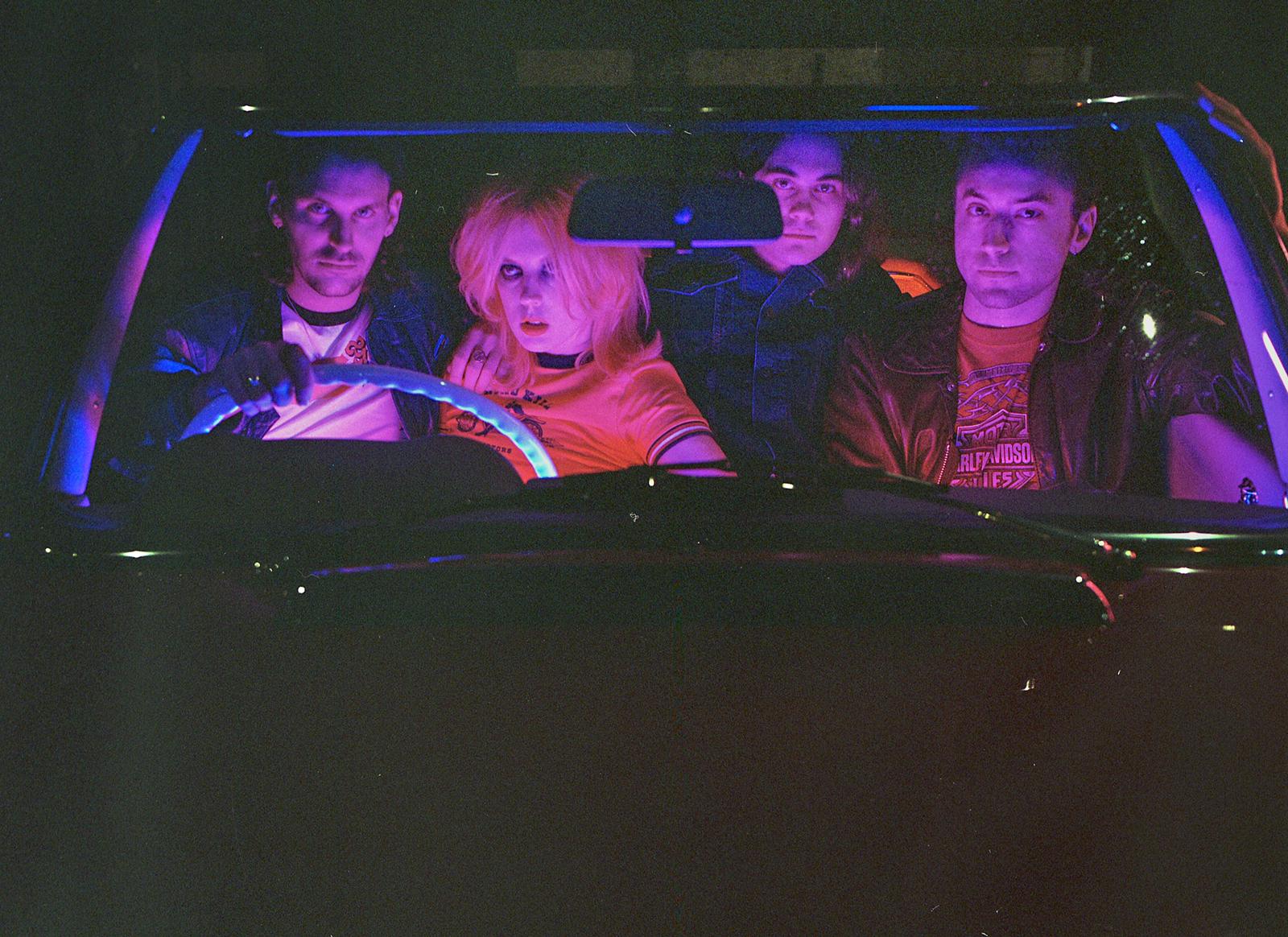 The latest musical and visual offering from Black Honey features nuns, the desert, a beautiful drag queen and kidnapping. So a normal pre-pandemic Friday night out in Brighton then (sans the kidnapping obvs) ‘Believer’ delivers a prime slice of Black Honey showcasing what they do best, pulp fiction B movie cinematic surf rock with attitude and soaring melodies from a band who should be bigger than Donalds Trump’s ego. Perhaps their forthcoming second album  Written and Directed will remedy that, and you have to admire their stance in refusing overtures from big labels in order to keep hold of their own creative direction and output. 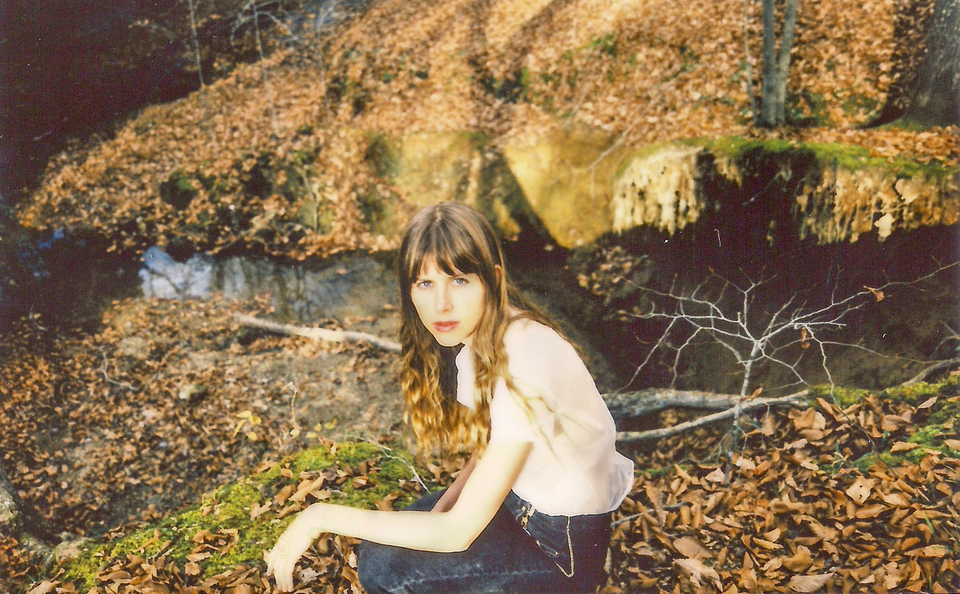 In some ways “Blue Vein” could have been released at any time during the last 60 years, it has that timeless, poetic quality, and a vintage ‘message from the past’ style atmospherics.  It’s from Lael’s full-length debut Acquainted With Night released very soon via Subpop. She says of the song “ I wrote this song pre-Omnichord and it is the only recording I play the guitar on. I wrote it around New Year’s Eve and it felt like a resolution.” 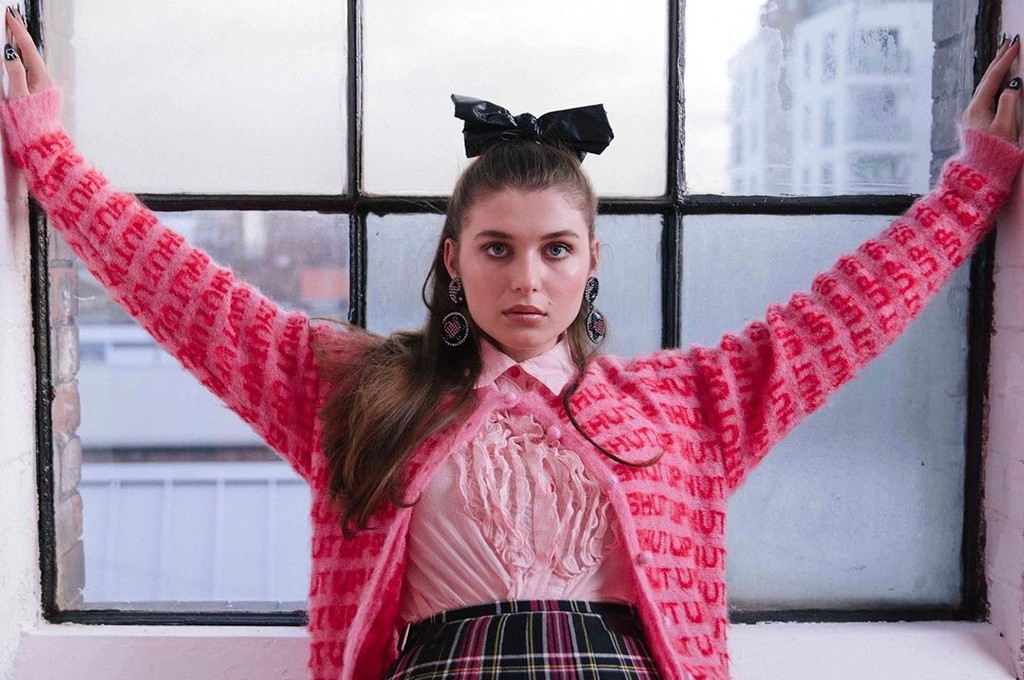 Another of my tips for 2021 ( you can read my thoughts via Under The Radar.com along with some other great recommendations HERE ) Baby Queen kicks off 2021 with the edgy pop anthem “Raw Thoughts.”  Bella Latham’s musical alter-ego fuses huge pop tunes with intelligent, dark acerbic lyrics. She says “Raw Thoughts” was written in the aftermath of a “terrible break- up” as she hit the party circuit.  “ I was going to places my ex had never been, I was meeting people they would never meet and doing things that would make their skin crawl. I think I fell in love with the danger of it. I had realized that I could do or be whoever I wanted to be, even though the only thing I wanted was to be loved by them again. The song came out like word vomit the next day. I was partly thrilled, partly coming down and partly ashamed of myself for what felt like a betrayal of innocence. It sounds like the moment everything changes because without my knowing it at the time, it was.”

Charlotte Rose Benjamin – Back To the Future 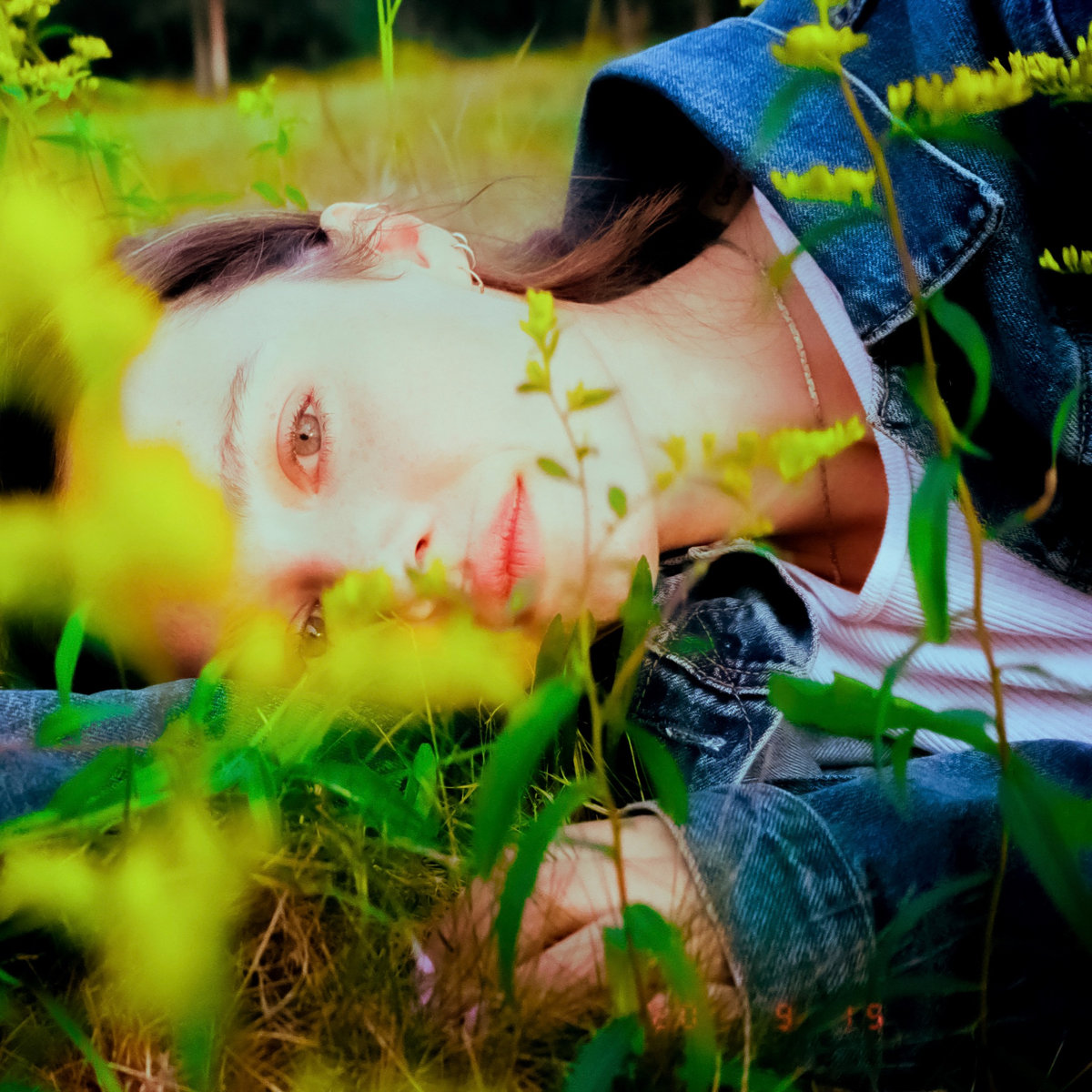 Another tip for this year New Yorker Charlotte Rose Benjamin who for first grabbed the attention with the superb “Cursed” and “Party  City” –  ( more here – https://www.godisinthetvzine.co.uk/2020/01/20/charlotte-rose-benjamin-party-city-epmoshi-moshi/ )is back with a new track – “Back To the Future.” Again she mixes indie with undercurrents of languid Americana to produce another gracefully evocative heartwarming track. Think Hope Sandoval on a sugar rush. The track, as you might expect given its title does indeed reference the movie “Back To The Future”, namely the iconic fading photograph scenes, which could be viewed as a kind of wistful representation of time/ opportunities/ memory slipping through your fingers. However, those scenes in the movie freaked out Charlotte as a kid as she explains – “When I was seven I watched the movie with my dad and the scene where Marty McFly is on stage at the school dance playing guitar and his fingers start going see-through and he keeps looking at this photo of him standing with his family and he’s slowly fading out of because he went back in time and (spoiler) almost prevented his parents from ever getting together scared the shit out of me and I made my dad turn it off and didn’t see the ending for years. The idea of having ~never existed~ was horrifying to me. A few months into quarantine I realized that’s exactly how I felt. I moved back into my parent’s house and sometimes it was hard to believe that anything in my adult life had ever even happened.”

I also liked the irony of “Back to the Future” as a title in one of the darkest times in American History wherein moments I truly thought we were facing the apocalypse and any notion of “the future” was so unclear. “