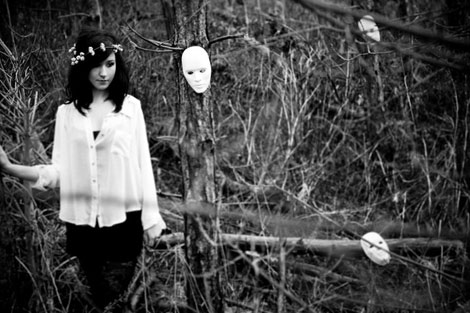 Two tunes today, both from my home town of Liverpool.   First up is Bird a new Liverpool based band fronted by 22 year old Adele Emmas. They have already recorded their debut EP which will be released later this year. On the basis of the demos we’ve heard so far they look set for a big future. Think of an eerie folktronic Portishead wandering through laughing Lenny Cohen’s nightmares as depicted by  René Magritte. Haunting, evocative, beautiful.  No jokes about Liver Birds please. ;)

‘Collecting Skies’ By The Big I Am.

Our second song today is from another local band, The Big I Am. It’s the title track from their debut album ‘ Collecting Skies.’ It’s a gem of an album, imbued with the understated world weary style of  I Am Kloot , the black humour of  Richard Hawley and the musicianship of Elbow. Well worth a listen we reckon.

It’s great that bands from Liverpool have, over time, stopped pretending to be The La’s or replicate the contrived laddy- footie mob-on- the- piss -sentimental shtick of the Farm. Recent years have seen the dawn of bands and artists who have little time for the twatishly twanging leaden guitar sound that seemed to have strangled the local scene for such a long time. ‘Who Killed The Zutons? Innovation may well be the prime suspect. Hurrah.

0 thoughts on “Songs To Learn and Sing From Bird And The Big I Am.”