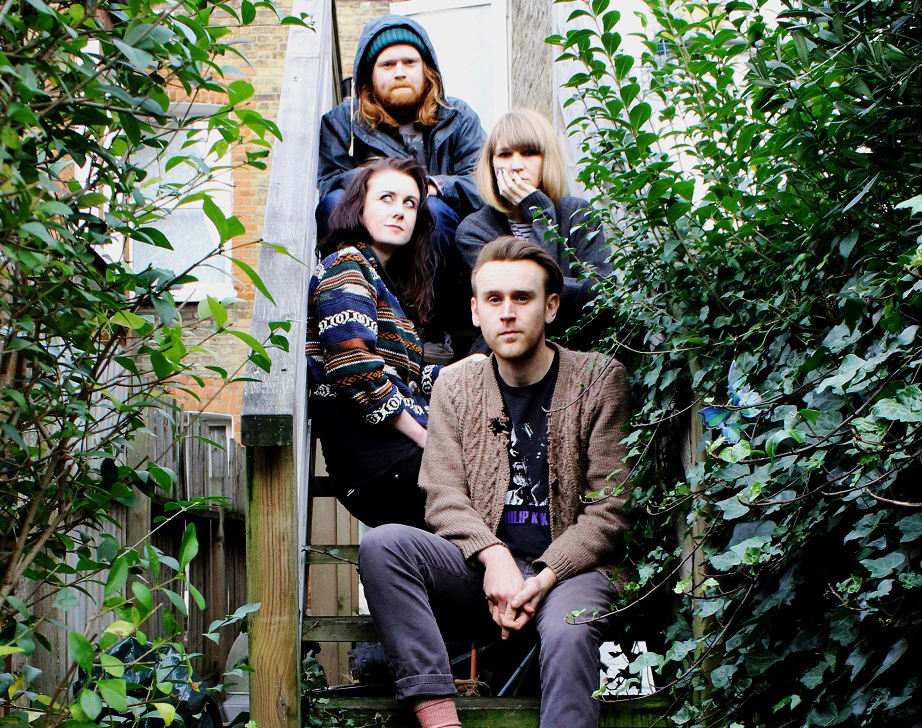 ‘Harshed is from Dignan Porches 3rd album proper ‘ Observatory’ and is a prime example of the bands unpredictable ramshackle psyche infused grungepop. If this is your bag then rest assured you’ll love the album.

Dignan Porch started out as the one-man project of band leader Joseph Walsh and has since morphed into a fully fledged band whose previous albums were released on cult label ‘Captured Tracks.’ This time around ‘Faux Discx Records will be releasing an album that fizzes and twists and even occasionally lurches like a drunken man walking a tightrope, before triumphantly reaching safety. We mean this as a compliment as ‘Observatory’ is rough-hewn diamond written and performed by real people, not a record label focus groups.

The Away Days – ‘Your Colour’

For a tune that sounds reminiscent of what one might call quintessential British indie you might be surprised to learn that The Away Days are actually from Istanbul. But music knows no borders and pays little heed to lines drawn on maps and this is a beautiful slice of evocative dream pop.

Next up it’s a tune from Lust For Youth’s new album ‘International’ which was released on June 9th via Sacred Bones Records. If your familiar with Hannes Norrvide’s lo fi synth pop outings then you may be somewhat taken aback by the polished sound of ‘International’. It’s the sound of young men abandoning their stylophones after finding a stash of vintage synths, and the leap in terms of production values is astonishing. Sounding like a slightly morose version of the Beloved or a slightly more upbeat New Order colliding with Cabaret Voltaire circa their ‘Groovy, Laidback and Nasty’ era it is without doubt their catchiest and most accessible work to date.

The hugely talented Natalie McCool’s has made quite a name for herself on the Liverpool scene with a critically acclaimed debut album already under her belt. Her first release for Young & Lost Club should see her develop a fan base further afield as ‘Wind Blows Harder’ displays her ability as both a singer and songwriter to produce memorable genre straddling tunes. The track was produced by David Berger of Liverpool band ‘Outfit’ and the video sees Natalie in full on Xena meets The Hunger Games mode.

We caught Glassmaps live a few weeks back supporting Howling Bells. No surprise there because Glassmaps is actually the solo project of Howling Bells lynchpin Joel Stein. This track has a bluesy Jack White kind of vibe and is the title track of the recent limited edition EP and sounds something like …this..

‘Wanderers’ is taken from Zygmunt Day’s debut album ‘On Streets That Know.’ And whilst it arguably takes its cue from the new folk scene what is impressive is not only the musicianship and songwriting but also the ability to weave different musical styles together into a cohesive and richly rewarding musical tapestry. Heartfelt and evocative and strangely timeless. As the best music often is.

The Rungs – Confluence Of Anomalies

And finally a new (to us) 80’s influenced unsigned synth pop duo, because all the best synth pop bands where duos right ? Husband and wife Mandy & Diwas Gurung are based in Brooklyn and produce wonky off kilter experimental electronic pop. It’s a hypnotic mix of  throbbing basslines, chiming guitars, swirling synths with a hint of mystical eastern promise thrown in for good measure.