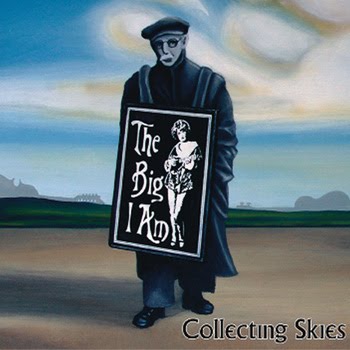 Today it’s Dum Dum Girls, The Big I Am, The Jezabels and The Bombay Bicycle Club.

Dum Dum Girls release their second album, Only In Dreams for 26th September on Sub Pop Records. The band will also be embarking on touring throughout the US and Europe in October and November culminating with a headline show at London’s ULU on 17th November.  And they are giving away a free download of  a new song , ‘Coming Down’ from the album, which Dee Dee wrote not long after her mom passed away. “That song came out of being in and out of awareness of the depth of the situation,” she says. “Sometimes when I write, I don’t really analyze what I’m saying but the more I hear that song, the deeper it feels. I don’t know if I’m addressing life or God or what, but it’s our big, epic song on every scale.”

Liverpool’s The Big I Am, who claim to be “officially smaller than God,” release a radio friendly version of the title track from their debut Album ‘Collecting Skies.’

Its a sweeping, cinematic affair  in fact  if Guy Garvey had written this  festival goers would doubtless be waving their lighters in unison whilst experiencing that oft cited ‘Glastonbury moment’ (unless of course they were at a different festival.)  It’s a song full of yearning, compassion, warmth and ultimatley hope from an album we’ve previously described as ‘a gem.’  There’s a touch of Sgt Peppers meets I Am Kloot on this track which of course is no bad thing and contains the Lennonesque observation  “I could live a million years and never  understand what’s here”. Ain’t that the truth ;)

We wrote for Music Week back in may that The Jezabels  ‘is a band on the cusp of greatness. Hayley Mary’s incredible soaring voice is mesmeric.”  Their latest single ‘Endless Summer’ is to be released on Monday 5th September 2011, merely confirms that view. It’s the first to be taken from their debut album ‘The Prisoner’ via Play It Again Sam Records scheduled for 2012.

‘Endless Summer‘  By The Jezabels.


‘Shuffle’ is the first single from Bombay Bicycle Club’s forthcoming third album ‘A Different Kind of Fix’ (out 29th August via Island Records). Below is a remix by Leo Zero followed by the official video.

6 thoughts on “Songs To Learn And Sing – Dum Dum Girls, The Big I Am, The Jezabels and Bombay Bicycle Club.”