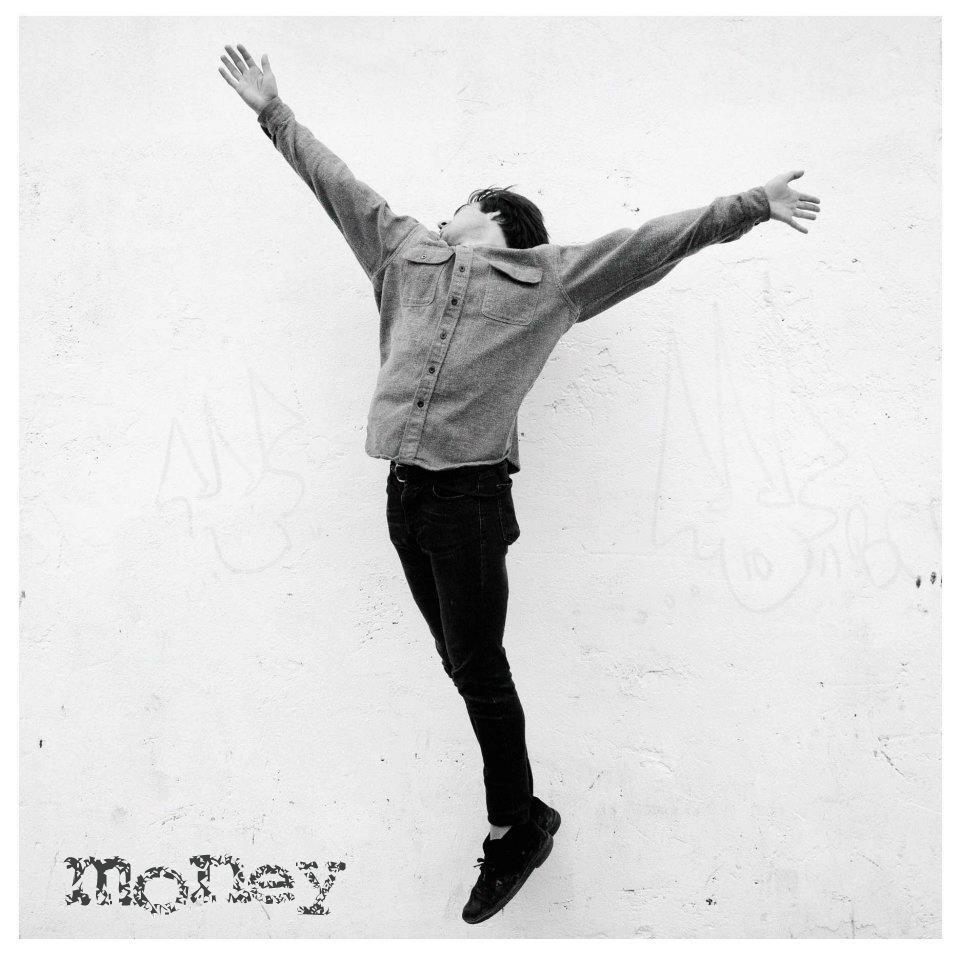 This weeks Songs To Learn and Sing, features an eclectic mix of new tunes featuring new bands, the Friday Freebie and the return of Scandinavia’s finest..

Blaggers and bloggers, tipsters and hipsters are all starting to put their money on Money, another fine band from Manchester, who with just a few singles under their belt, are already starting to make tsunami sized waves. They recently recorded an appropriately amazing session for Amazing Radio which included the following songs:  Goodnight London, Hold Me Forever, Letter To Yesterday / So Long (God Is Dead) and Black.  We appreciate it’s a busy old life and we are all guilty of dashing about looking to fill the empty void with mass produced goods which will define us as individuals and give our empty lives meaning. “Shiny make it better.” However we suggest a more rewarding, dare we say it, a more almost spiritual  experience, would be to take some time out in our ruthless quest to acquire and consume, to simply just sit down and actually listen to this session. Not as background noise, not as the soundtrack to doing the dishes, not as Jarvis Cocker so eloquently described as (music being like) a scented candle. Give it your full attention, make it central, engage with it. It’s haunting, it’s beautiful, it’s full of rich poetry and imagery. It’s a mournful ascension to the heavens and it  perfectly showcases just why Money are going to be THE buzz band in the next few months. It really is quite special indeed! 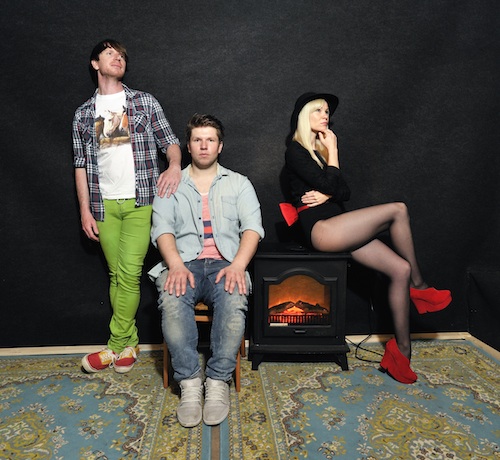 So aside from attempting to save the EU and beating England on a regular basis on penalties, Germany also has a pretty eclectic music scene.  A good example of this is  synth-pop three-piece, The Hypnotic Lights,  who release their brand new EP ‘We Are’ on 30th July. They also know that in an age of austerity money is  rather tight so they are kindly offering the free download of the bass-bouncing vocal track ‘Marionette’ below. 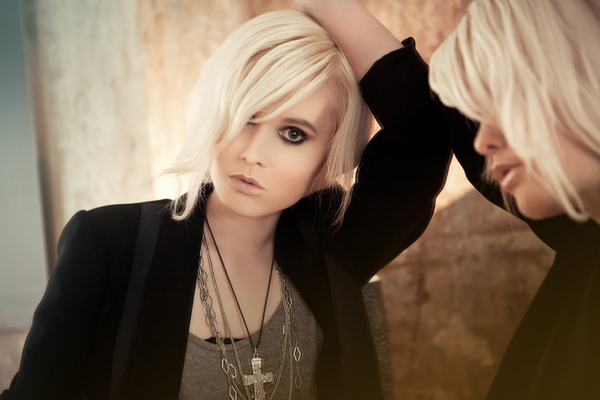 First impressions can be deceptive, when we first heard ” Familiar” by Bela Takes Chase, we thought – Crikey, is this  another young performer attempting to claim the electro-pop crown that rested on Little Boots’ head for all of 20 minutes sometime back in 2009?  Well actually, no,  as Bela Takes Chase has much more substance to her work than merely banging out camp Euro disco anthems. She’s a photogenic lass who’s recently  moved from her native Australia to London to peruse her musical dreams, so what exactly is  her music about ?  ““My music comes from life, it’s not an extraordinary life but it is a life of love, loss, happiness, anger, and I can’t give anymore than that.” Fair enough, but how would you describe her music? Well in our humble opinion what we’ve  heard so far has actually left us unable to pin her sound down into a handy sound-bite friendly, genre specific pigeon hole.  Songs like “Compulsory Resolution”  have a big piano led kind of Regina Specktor vibe, whilst the track below “Familiar” which has a chorus as big as Robert Smiths 80’s hair- do, and possibly his waistline, is a totally different musical beast and has an air of an electro Avril  trapped in an eternal John Hughes movie, which is no bad thing. “Miss You” on the other hand has a Marling-esque contemplative, folky vibe,  whilst her cover of Sparklehorses’ ‘Eye Pennies’ (video below) is rather beautiful.  All very impressive and rather  intriguing as to where she goes next and how her sound will evolve. 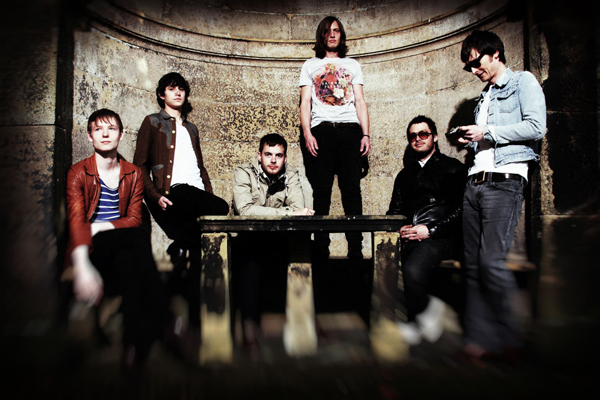 Having spent the start of 2012 putting the final touches to their début album, Manchester band  Folks will release their new single ‘Skull & Bones’ on 15th July. It was produced by our heroically bearded chum Luther Russell (“Get Well Soon” – Sarabeth Tucek). The band who consist of vocalist Scott Anderson, guitarists Michael Beasley and Thom Fripp, Harry Gumery on bass, Wil Akroyd on keyboards and drummer Elliot Barlow have caused Noel Gallagher’s raise an inquisitively sagacious brow (just the one mind, as it’s all the poor chap has) and they have been supporting him as well as  The View this year. Imagine ELO crossed with Franz Ferdinand ? 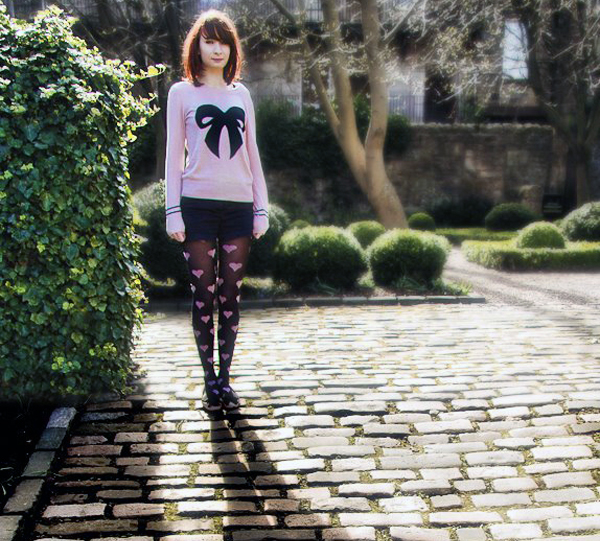 When we were 18 we spent most of our time communicating in a series of primitive grunts or lying in a self pitying drunken heap, after our attempts at achieving ‘congress’ with the objects of our desire had met with firm rebuttals , we were also a right royal pain in the arse. And so when we hear artists such as Holly Drummond, an 18 year-old singer songwriter from Edinburgh, who writes  astute, wry, introspective lyrics allied to beautifully  crafted melodies, we can’t help but be impressed by the maturity and insight on display. She’s been writing and recording since 2009 and lists her influences as Regina Spector, Paramore and Imogen Heap.    She’s allowed us to share one track –‘Royalty’ from her forthcoming  Cloud Nine – EP which will be out on iTunes on Monday 6th August. As far as we know Holly is no relation to Bill Drummond, but wouldn’t it be a great story if she was ? We should start a rumour ;)

The Helio Sequence are set to release their fifth full-length album entitled Negotiations on September 11th, 2012 right via Sub Pop Records. The album features 11 tracks and  you can download  the first song to emerge from the album from the widget below. Apparently the album is about  solitude, memory, misgivings, loss, atonement, acceptance and hope.The good stuff then ;) 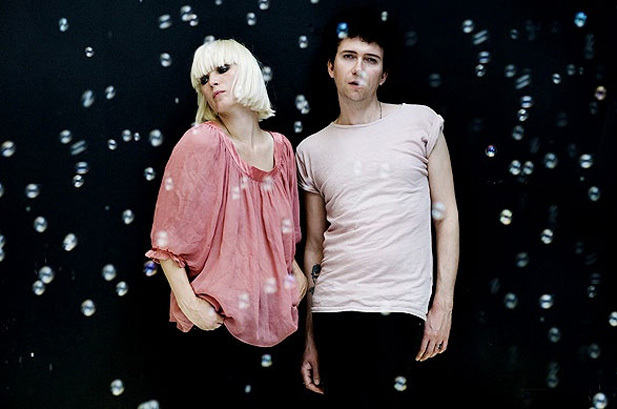 The wonderful Raveonettes  have revealed another track from their forthcoming album “Observator” entitled ‘She Owns The Streets’, it’s a “celebration of eccentricity, passion and lust for life” centering around a real life NYC street dancer. Turned away by the dance clubs, she took her moves to the streets where dancing among the Lower East Side traffic has gotten her arrested numerous times.  The album was recorded at the legendary Sunset Sound Studios with mentor Richard Gottehrer (Blondie, Go-Gos, Richard Hell), who the band worked with on album “Pretty In Black.” Sune Rose Wagner says of the album, It’s not an LA album. “It’s not even a New York album. It’s a collection of observations that occur in life and as I’ve learned, life happens everywhere.”

You can listen to the first single, “Observations” below. 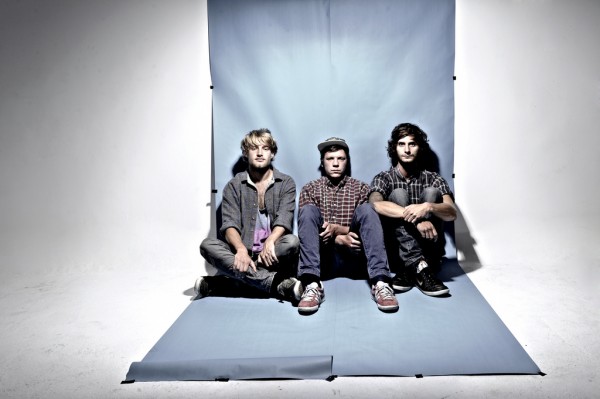 Taken from the forthcoming début Tall Ships album, ‘Everything Touching’, “Gallop” starts off sounding like  a more melodic Wedding Present and than morphs into British Sea Power. It’s jolly good too!  The début album  is due out 8th October via Big Scary Monsters / Blood And Biscuits.