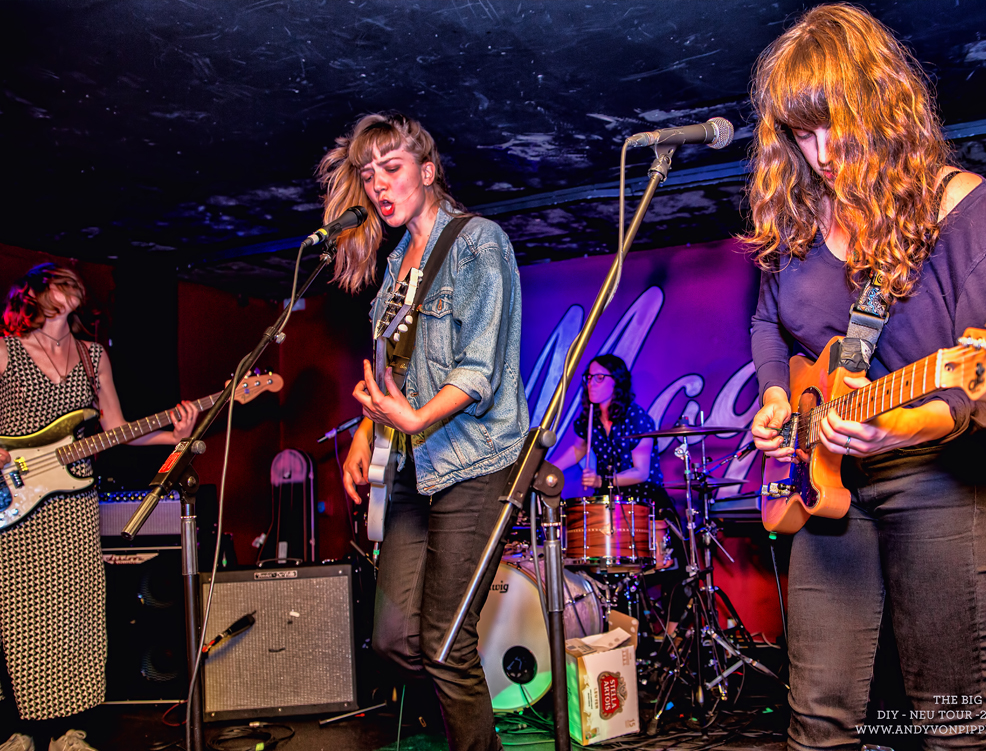 The Big Moon – Nothing Without You

Quite possibly one of the best tracks yet so far from The Big Moon and shockingly  it’s apparently being tucked away as a B-side !! It nimbly demonstrates the band’s ability to write the sort of  catchy new wave pop which will doubtless see them on many people’s tip lists for 2016 .  On this outing there’s something in the delivery that does conjure up a less ‘arch’ (duke) Franz Ferdinand, but what’s the song all about ? ‘Nothing Without You’ suggests a certain amount of emotional vulnerability, but in life we all use crutches to get us through those dark nights of the soul (Kettle Chips in our case) . Singer Juliette Jackson explains “Whether it’s a lover, a good night’s sleep, digital enhancement, coffee, hair straightners, instagram likes, cigarettes – everyone is nothing without something. Without that thing you’re just a bag of shit. Or a bag of nothing”

This is quite simply an amazing video! We’d venture that if anybody was going to contrive to make the unnerving spectacle that is Morris Dancing almost acceptable it would be  Stealing Sheep.  Yes the sight of grown men adorned in flowers, bells and flicking handkerchiefs as they dance has always, for us, conjured up creepy Wicker Man style vibes, yet Stealing Sheep’s ‘Apparition’ video whilst not totally dispelling these concerns manages to be funny, compelling and strangely beautiful. Bravo !

“The idea for ‘Apparition’ came from the fact that the song had a mysterious, hypnotic feeling, and the fact that I’ve always found Morris Dancing slightly strange and psychedelic. I’d also wanted to re-visit Morris Dancing since I made a Four Tet video in 2003, where I simply cut existing Morris footage to music. Since then, I’d always wanted to take the idea further by actually having a band learn Morris Dancing themselves, and this seemed like an appropriate opportunity given the unexpected contrast of the girls’ personalities with the characters in a genuine Morris side.  Very luckily for me, Emily, Becky and Lucy, were very conscientious and learnt their dance steps very well.  I also thought it would be appropriate to attempt to capture it in one (apparently) continuous take, as Morris dancing seems to always shot by one camera when it appears on Youtube.” 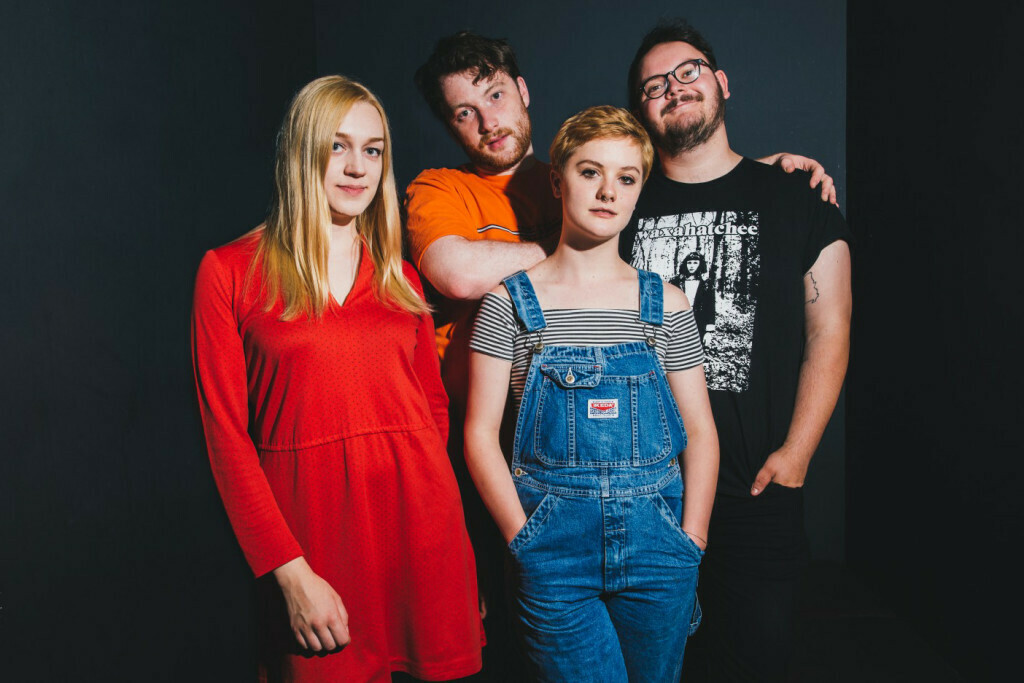 Whenever a writer states something along the lines of  “we could say this song recalls ( insert band name here)  but we won’t,”  they’ve already planted that seed in your head. The clever bastards! Yup, they’ve made the comparison and yet tried to distance themselves from such low brow “lazy journalism.” Well we have no such qualms, there are worse things in life than being lazy, I mean can you imagine being Iain Duncan Smith? That is surely punishment enough in itself! And  this ‘hard working families’ and “the dignity of labour” mantra?  It’s bollocks isn’t it ? A myth invented by the likes of  IDS and his vile chums that working hard really does pay off – like they’d know !  This was brought into focus by Mark Steel in his excellent article in today’s Independent ” There can be no finer example of everyone enjoying their hard-earned wealth than China, and we all envy the teenagers in their sweat shops, frolicking merrily as reward for putting in a bit of graft.”

All of the above is of course a rather clumsy and long-winded way of  a./ Giving IDS a kicking and b/ stating that here at the VPME we’re more than happy to take the odd short cut and will happily make comparisons whenever we feel like it, because yes IDS – we are “lazy indolent scrounging blogging scum.”  Thus Bruising‘s new single ‘Emo Freind’ sounds like a mix of classic Sarah Records melodic jangle pop, detailing the kitchen sink drama of everyday life, mixed  with a satisfying grunge crunch that gives the band’s overall sound a slightly edgier vibe than perhaps the sweetly sung vocals may additionally suggest.  It’s the sound of sunlight streaming through a broken window, probably in Leeds.

Man Made – Bring Some 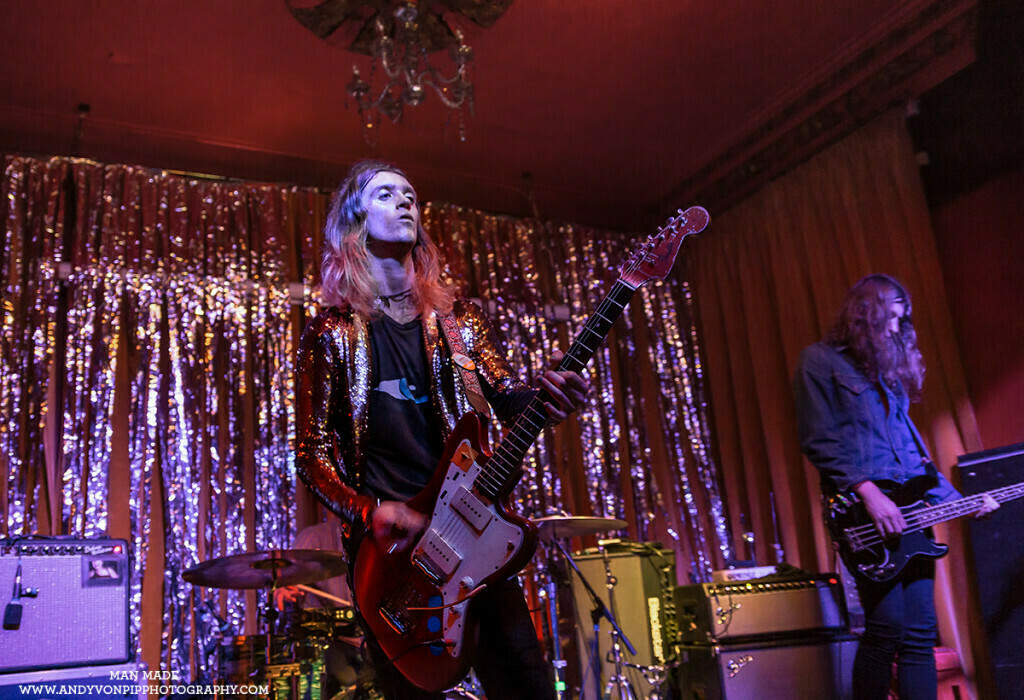 New from Mancunian trio Man Made comes , ‘Bring Some’ from their forthcoming EP. It’s  unashamedly anthemic, and indeed is a tune we could imagine fitting snugly into the 6 Music playlists. It’s also a swaggering slice of tuneful guitar driven indie pop  and sounds as much fun to play as it is to listen to. We caught Man Made support Kid Wave last week and we were hugely impressed with them as a live unit. Which is yet another reason why you should ALWAYS try and catch the support bands ! Also not being residents of Mancunia we had no idea at the time, and thus no silly preconceptions with regard to the fact that lead singer and guitarist Nile Marr’s dad Johnny, can apparently play the guitar a bit too. Yes we judged it solely on the music ( and perhaps Nile’s rather smart glittery jacket)