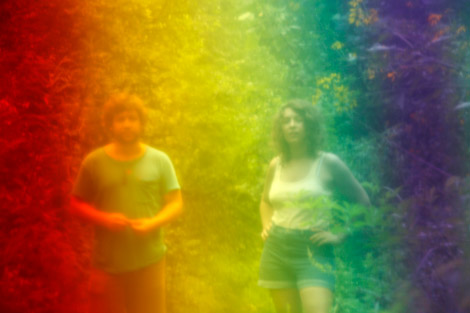 The Bookhouse Boys return with a sultry new single from their recent album “Tales To be Told.”  “Fever Lullaby” see’s the rather beautiful Catherine Turner take over full vocal duties in typically femme fatale fashion and proves you don’t have to be an OTT booty shaker to provide oodles of sex appeal. To be quite honest she makes Rhianna look like Peggy Mount. Great song from a great band.

How our heart sinks when people say “if you love [insert band name here] then you’ll so love etc, etc.’  Not unlike “Ping” or “Last FM” generating a play list based on your musical preferences they are usually woefully wide of the mark by the proverbial country mile-  [If you love the Jesus and Mary Chain then you’ll surely LOVE Queen tribute band ‘Vest n’ Tache’- erm actually no, no we fucking won’t !  ]

And so when Aussie electro poppers Convaire were described as the antipodeans answer to Friendly Fires we did wonder if that was a question that really needed asking y’know ?  We are no fans of the  incongruous, jerky pelvic thrusting pissed uncle at a wedding white boy electro funk shtick I’m afraid.  Thankfully the comparison didn’t bear fruit and their latest song the yearing“The New You” put us in mind of a less hysterical Robert Smith on happy pills, which for us at least is a jolly good thing.

“The New You” By Convaire.

Given the admirable ‘Occupy’ movements that are growing a pace around the world, alt folk duo This Frontier Needs Heroes  have a collective name that seems very much to capture the zeitgeist. As you might expect their songs relate tales of love, loss and hope for a better, more equal world and provide a musical wormhole between Woody Guthrie and Jack White. And it’s all rather lovely.

” Cat Fish And Cornbread” By This Frontier Needs Heroes.

And in another first for The VPME we give you the world’s first visual interpretation of what Bork’s new album actually sounds like.

Friends new single “I’m His Girl”  is out on 31st October and you may feel  as well acquainted with it as Ricky Wilson is with his local pie shop such is the airplay the song is getting. Alongside Metronomy and the ubiquitous Lana Del Ray , ‘I’m his Girl’ is difficult to escape, mind you we have no wish to , as it’s a bloody great pop song.

The musical comparison is an oft over used tool by bloggers and journos , but hey they are also a heck of a  lot of fun  and much  less irritating then the use of the word “sophomore.” So when we say The Inevitable Pin Hole Burns sound a little like Art Brut meets Dinosaur Jr we mean it very much as a positive point of musical reference.

“Finite Amount Of Lunatics” By The Inevitable Pin Hole Burns .

talking about our fave album …here’s a rather large clue….

We were also interviewed, as part of  The Recommenders  excellent“ Behind The Blog” Series and we bare our very souls, well maybe not quite  http://tinyurl.com/3dkpfgr

Name that song from the visual clue to win a VPME mask.

JUST IN –  REUNION NEWS  Despite having no plans to split Mumford and Sons plan to reform in 2022 with headline show at The Pig And Whistle. In case you’re wondering….

Oh yeah and some one album wonder band from Manchester have reformed The Stone Carpets  or The Inspiral Mondays or something, the bookies have already started accepting bets on how long it will take John Squire to twat Ian Brown and walk out.  6 Months ?  But seriously all this  Stone Roses fever is a bit like “Ramones T -Shirt as fashion statement syndrome” .. Remember Actor  Martin Freeman’s superbly withering dismissal of this phenomenon ? Pure class .

“Freeman was being interviewed on a British radio show when he noticed the host, Tim Lovejoy, wearing an oh-so-fashionable t-shirt.

Martin: “Is that a Ramones T-shirt Tim?”

Martin “Do you actually know any Ramones songs?”

Martin: “Can you name two albums?”