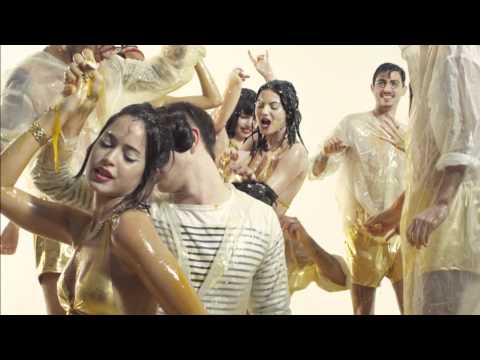 Tiger Love’s name suggests they could  well be Charlie Sheen’s favourite band to compliment his redoubtable ‘ tiger blood.’ However, they are in point of  fact  a London based collective formed in 2010 by brothers Roy, Gigi (Originally from New York), and Loral. They produce songs so catchy that even Sir Douglas Bader and Fred Titmus may have been induced to tap their imaginary toes to Tiger Love’s hard to resist grooves who are unquestionably  funkier than Funkadelic getting their funk on at the world funk championships on national funk day.

The band first attracted media  attention with their last single and self directed music video made it to the top 10 chart on Hypem.com within a few days of release and was posted on hundreds of music blogs from all over the world. Their new single ‘Gio, Gio’ is the sort of song that makes you really want to get on the dance floor and vigorously shake your thing. Alas that particular avenue of pleasure is closed to me as any attempts at coordinated rhythm make Ian Curtis appear as lithe and as fleet of foot as   Fred Astaire.

Below is their ‘eggscellent’  video and contains the immortal line ‘sleep with people you want to, fuck the people you hate’.  (Apologies for the lamentable egg pun, which makes some sense if you watch the video. Obviously  omlettein’ myself get rather over eggscited.)