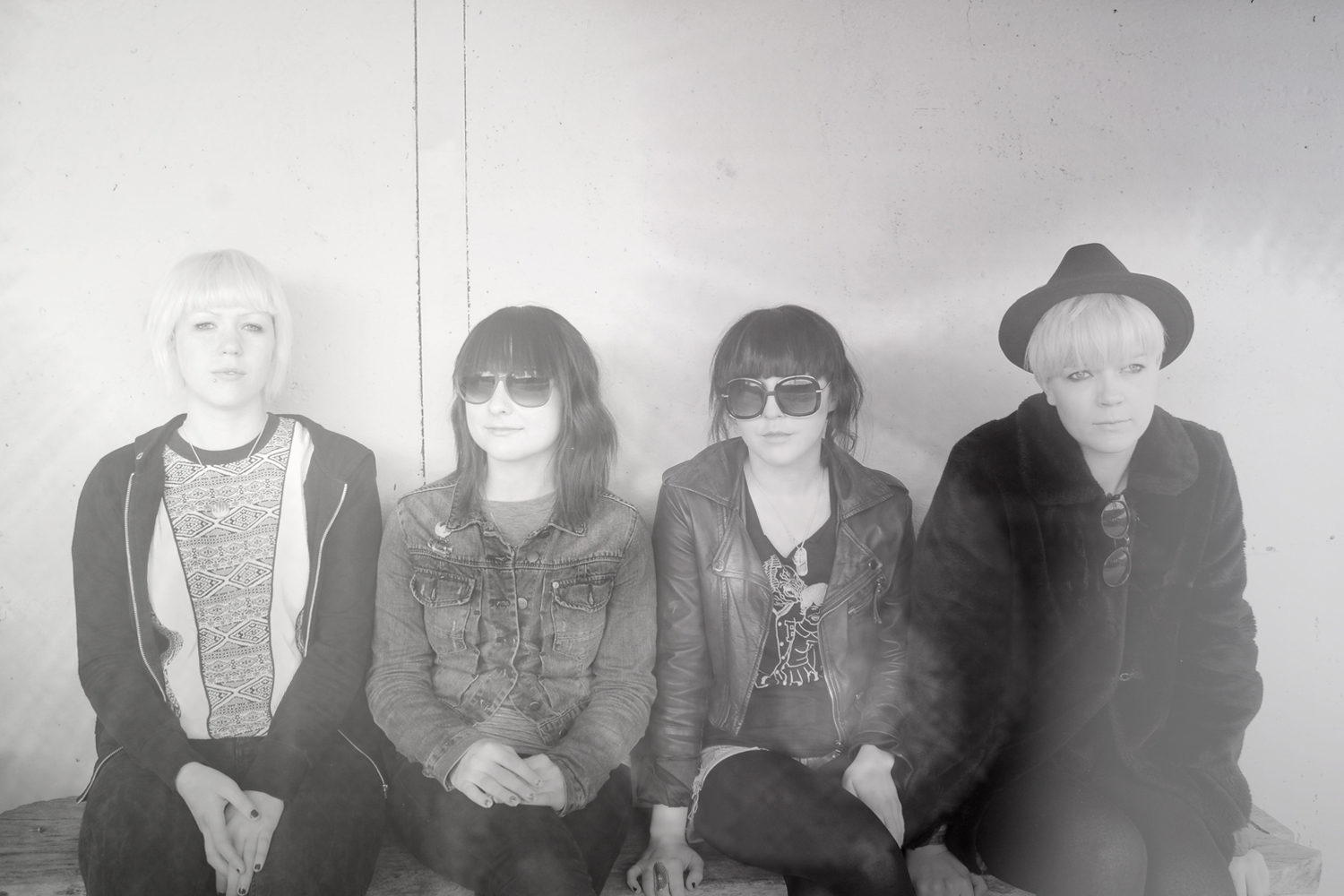 We’ve all watched horror movies and shouted at the hero – “don’t go down to the basement you chisel jawed imbecilic fool, that’s the last fucking place you wanna go, have you got a death wish man!!” For as we all know it’s a trope of the horror genre that very, very  bad things happen in environs of ” the creepy  basement.” Hell, even the Ramones sang ” Hey daddy-o / I don’t wanna go / Down to the basement /There’s somethin’ down there ” Yes there is lads,  and thankfully this time it’s not a ghastly, malignant clown puppet filled with murderous intent, it’s VPME favourites PINS with a new song and video shot in a spooky basement.

The song itself is a sinister, snaking haunting Banshee-esque tune, very reminiscent of the sort of off kilter music I used to tune in to John Peel for, late at night, when the world was asleep, lying in bed with my trusty tranny ( That’s short for transistor radio, you sick, sick people, what sort of deviant do you take me for !) Anyway we’d be quite happy to find PINS in our basement and not some sort of mask wearing fruit-cake who’d just absconded from Smith’s Grove Sanatorium. As ever PINS give us plenty of information about the song stating it’s “Taken from a forthcoming release.” Ah, right,  great, thanks for the info girls, I’ll make a note of that,  will it be in my life time possibly, maybe?  I’m not getting any younger. Suffice to say, we love the tune and can’t wait to hear more from these lachrymose ladies from Manchester.

From creepy Mancunian basements we move across the Pennines to Yorkshire, by ‘eck,  to check out a new boy/girl duo from Leeds, Psychic Hill consisting of Rob Riggs and Lu Brown. From their promo shot it would appear that Rob is  a fan of “Harvey” or perhaps “Donnie Darko,” whilst Lu takes her inspiration from “Animal Farm” or possibly “Babe” but the sound they conjure up together hints that somewhere in their influences you may find bands such as The Breeders and Dinosaur Jr.  It’s a rapturous  shambling off kilter noise that often feels like it’s about to spin out of control, but manages to keep walking the musical tightrope, held together by  unpretentious melodies that appear unfettered by arch art school wankery or studied hipster posing. Its the sound of a band doing exactly what they want to do, without ever sounding over indulgent. Hurrah! ( more free tunes on their bandcamp page) 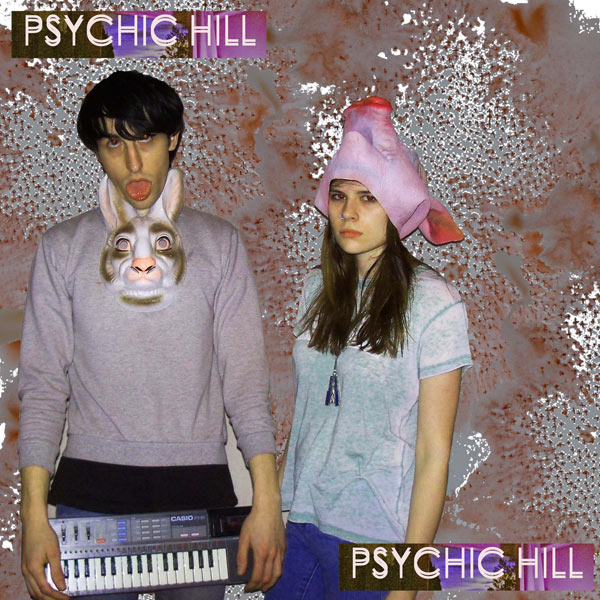 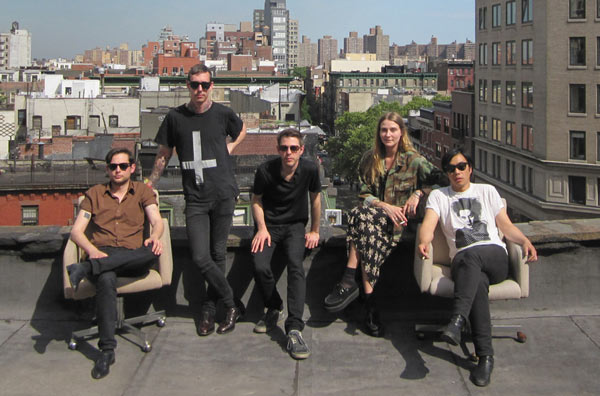 We previously described Canada’s Mode Moderne as ” The Arcade Fire meets Depeche Mode in a graveyard”, producing a dark sound that sometimes “makes Nick Cave seem positively sanguine” and  is “all enveloping, like black velvet, which disturbs and yet comforts.” We even played them on BBC 6 music when we were invited on Tom Robinsons “Now Playing” show.  The band return with a free download of “Foul Weather Fare” a song that mixes up the Cure and Joy Division influences juxtaposing misery and elation to produce the darkest pop song this side of Mr Caves ‘tache. It’s from their first UK release, “Strange Bruises” which will hopefully see the residents of dear old Blighty take Mode Moderne to their blackened little hearts ;) 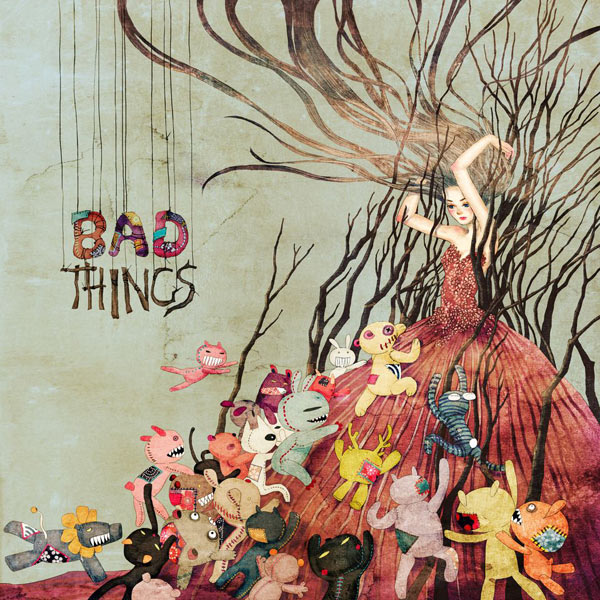 Be the Bear  consists of  vocalist Christina Wehage and producer Mattias Bolin, they’re an electro indie experimental folk- pop duo from Scandinavia, whilst “Bad Things” is a rather adorable, skewed, but danceable slice of wonky pop, which even sounds a little Bjork-esque ( before said elfin faced smurf ran off to la-la land and  disappeared up her own fundament) . The art works pretty spectacular too, in fact all of the band’s artwork is created by celebrated Vietnamese artist Khoa Le, basing visuals  on concepts drawn from Christina’s lyrics.