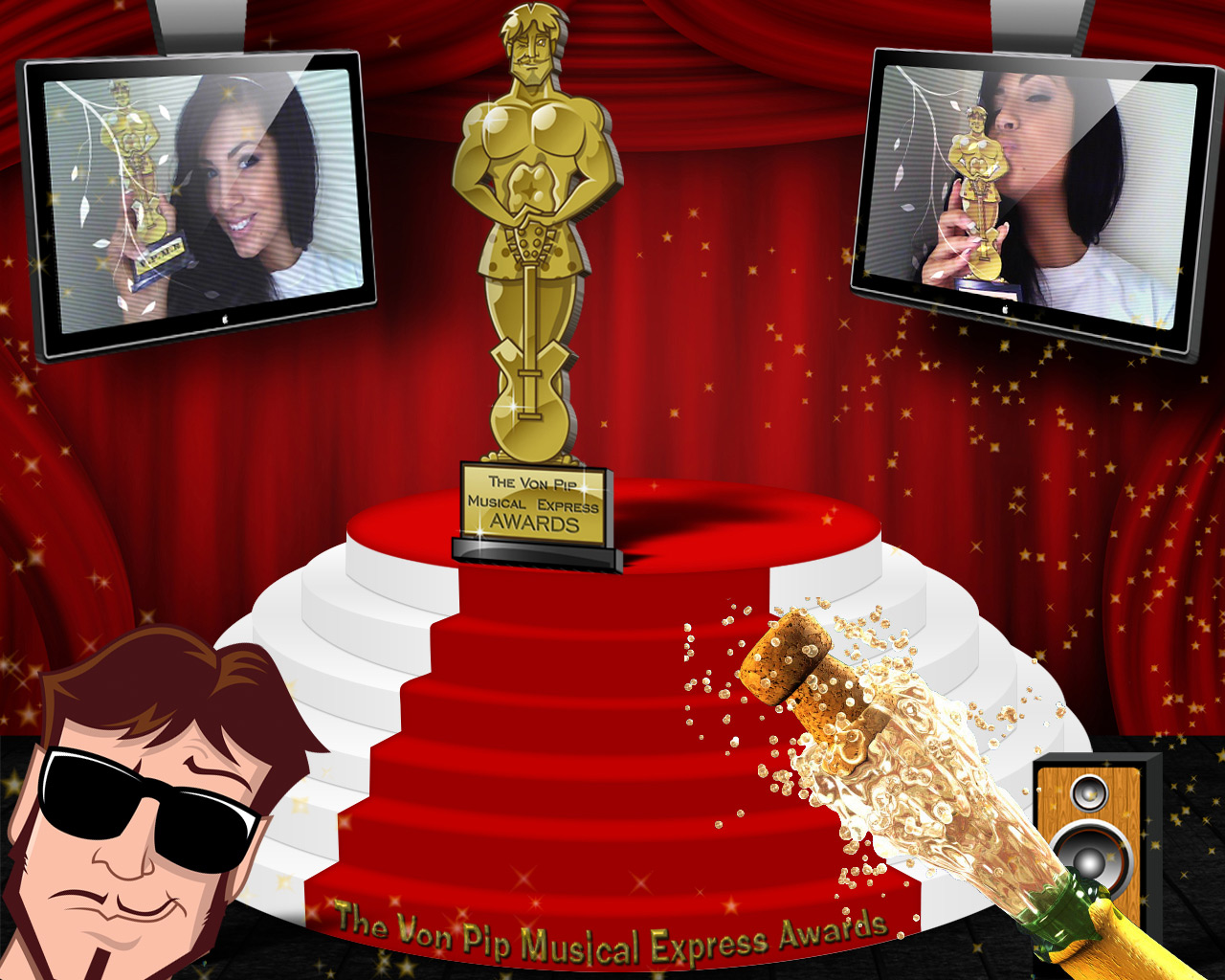 After yesterdays album of the year excitement, we conclude our annual awards for 2012 as follows

Song Of The Year

This song kind of encapsulates all that is great about PINS and shows the huge progress they have made in 2012 which has been impressive to say the least. A thundering, garagey , visceral stomp and everything  that  dark edgy music should be.

2. Fall Out Of Love By Coves

Coves are “caps locks amazing” and this song is jam-packed with sexy, mournful gorgeous musical goodness, as are the band themselves.

3. I Got Nothing By Dum Dum Girls.

Sune Rose Wagner reckons Dee Dee is already on the path to musical greatness. We totally agree and have done ever since we heard ‘Longhair’ – this track is from their fabulous ‘End Of Daze’ Ep and the new album is set to drop in 2013.  The word is, it’s gonna be their best yet !

Brilliant track from an album that is full of brilliant tracks by a brilliant artist, which as Paul Whitehouse’s Fast show character might say is “Brilliant”

A sexy throbber of a tune, which is bleakly beautiful.

6. Kill For Love By Chromatics


Title track from their astounding album.

8. Ministry Of Love By IO Echo


A gorgeous slice of towering dream pop, a veritable ear-gasm with the kind of celestial vocals that reach into your soul and lift you above the mundane and the humdrum.  It’s the Cocteau Twins colliding with Curve in some sort of transcendental parallel universe

If you don’t love this, you must have no soul. Which apparently is a prerequisite of being a member of the Tory Party. So you’ll be that too. How people cannot love Metric is a mystery to us. But many things in this world are.

“A dirty, sleazy, sexy, prowling curb crawl of a record”  (as mentioned on Geneva Radio at 10 minutes) in one of the most  visceral, genuinely head fuckingly cool tracks of 2012. Filthy genius

EP Of The Year – Coves – Cast A Shadow

We’ve waffled on about Coves enough havent we ? Well actually no, because in our opinion you can NEVER  get enough Coves. If these guys don’t become bigger than Dawn French’s Christmas Pantry this year we will be questioning the nations sanity. A perfect EP.

Video Of The Year

What makes for a great music video? Lingerie models dancing around poles? Amazing special effects?  Or if you’re Robin from the Breaking More Waves blog perhaps a good old fashioned Benny Hill style chase scene featuring Nicola Roberts??  But what about the performance?  The Video we’ve returned to time an time again this year, is one which blew our proverbial socks off – I Am Harlequins ‘ Wild One’, Live at St John on Bethnal Green.

No tricks, no special effects, just a wonderful and rather moving performance.

I Am Harlequin says :
“I love my award so much I wanted to make out with it!” 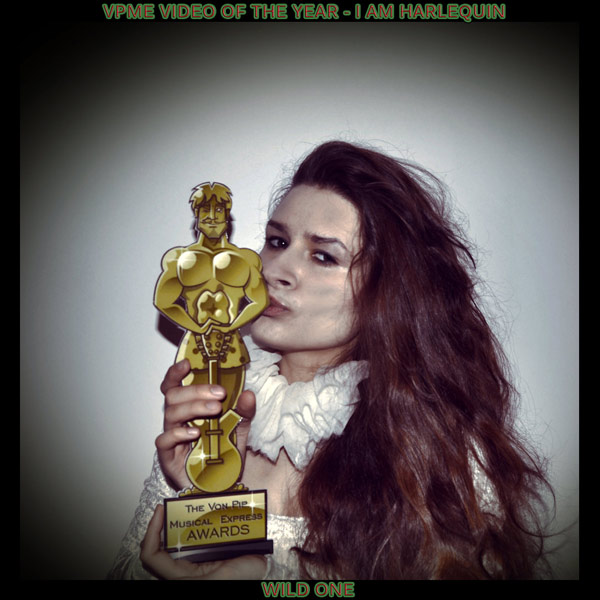 So forget the buzz, forget the insouciant air and effortless cool, PINS are primarily about great fucking songs, full stop.  Because without the bedrock of great music, bands that look cooler than Arthur Fonzerelli’s  thumb grafted onto a cryogenicly frozen James Dean and used to stir an iced cocktail in a bar in Alaska -during a particularly chilly spell, invariably amount to naught.  From the brooding, ominous  drama of ‘Eleventh Hour’ or the adrenaline fuelled cacophonous garage  rout of ‘Shoot You’  through to the visceral explosion of  ‘Love U4Lyf’ and  not forgetting the thundering stomp of ‘Say To Me’ PINS have amassed a collection of songs that more than suggest we finally have a band to believe in.

With honourable mentions To Coves, Curxes Alice Jemima and Savages.

When we discovered Velvet Two Stripes we were, to use a time honoured phrase, blown away.  This was due in the main down to the simple fact that their songs were just so fucking good and that their sleazy psych-blues riffing combined with an innate sense of rock n roll cool seemed be so natural and uncontrived. What surprised us was that this beautiful, visceral noise was produced by three pale, slim young girls who hail from a land better known for cuckoo clocks and well-ventilated cheese rather than for channelling the spirit of rock n roll.

And watch out for Feathers next year

Gig of the Year


HAD to be the Raveonettes at Eric’s in Liverpool, although Savages and Pins were close behind. 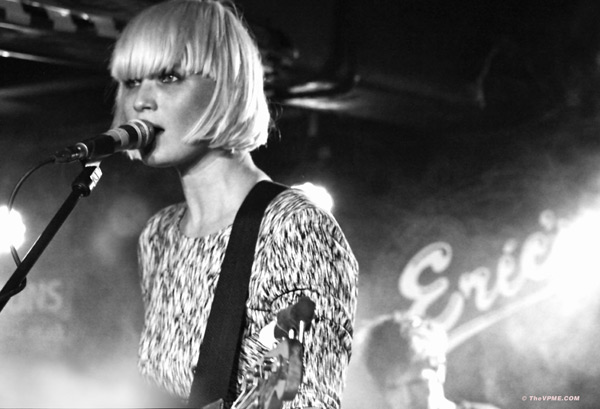 Wankers of The Year

So many contenders this year !

With a special mention to the Murdochs, who during Leveson, where found to be not fit for purpose. 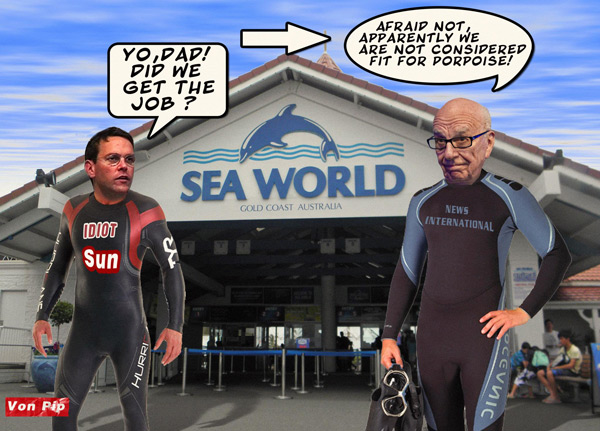 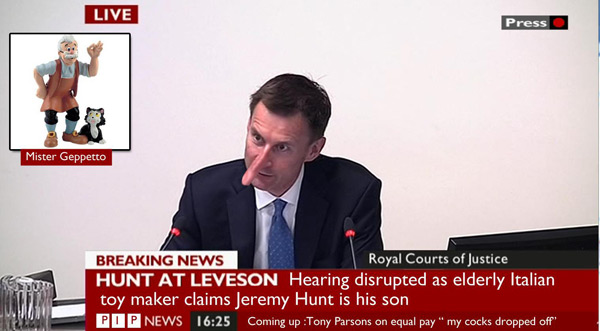 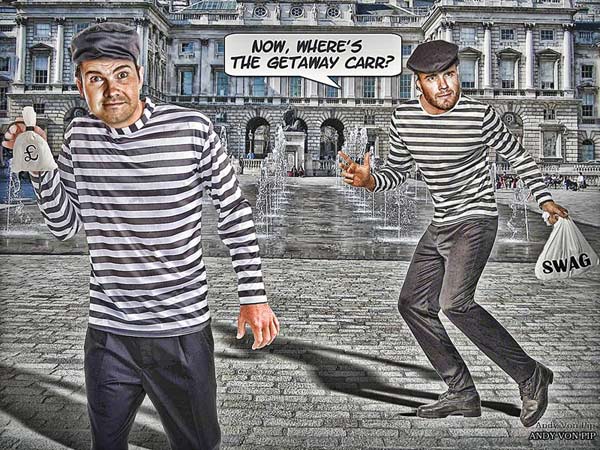 A big shout out for the LOCOG branding Nazis, making sure the Big Corporations where the real winners during the London Olympics! 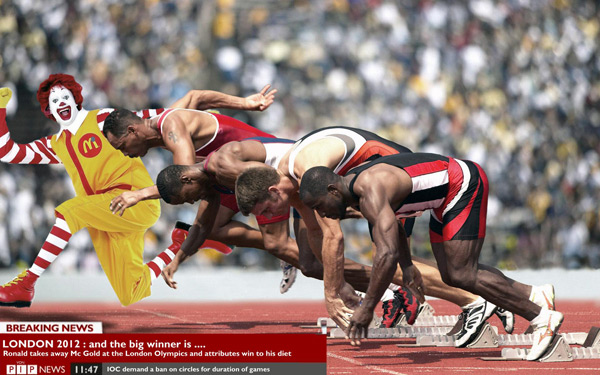 And during the Olympics the nation fell under the spell of a huge fatuous dangling albino prick ! 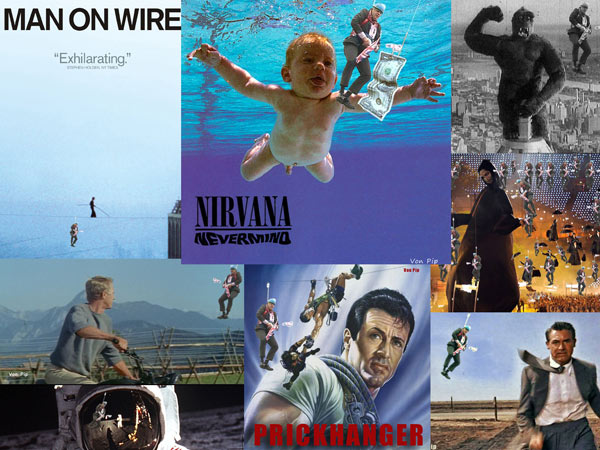 with regards to the  Olympics the man who must surely have a patented that big happy yellow fucking smilie symbol,  Mr Sunshine himself, Morrissey said ” “Has England ever been quite so foul with patriotism? The ‘dazzling royals’ have, quite naturally, hi-jacked the Olympics for their own empirical needs, and no oppositional voice is allowed in the free press. “

He did have a point, unlike former self styled L’enfant terrible of punk Tony Parsons. Parsons, in his latest shameless bid for a knighthood almost soiled himself with excitement during the pageantry and pomp that ran throughout 2012!  Like some ghastly Matalan Oscar Wilde he declared the Queen to be ” more of a true punk than Johnny Rotten will ever be. Her Majesty has followed her destiny, done what she was born to do – surely the very heart of the punk ethos.” And then” Even when I wore my God Save The Queen T-shirt, it was never anything personal, Ma’am.” He actually contrived to make Chief Royal Lickspittle’s Alan Titchmarsh and (Sir) Gary Barlow look somewhat dignified !! I mean for fucks SAKE !

Meanwhile in the USA we had Clint and Mitt doing their best to ensure they made our list ! 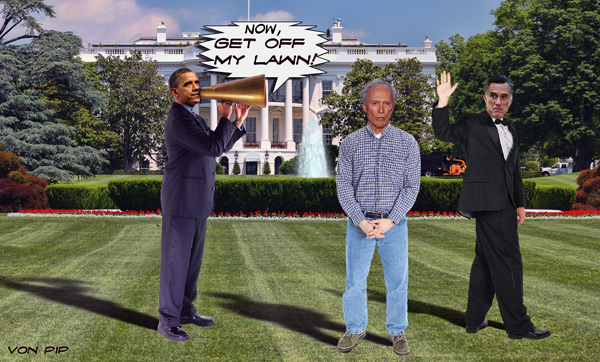 It was also the year of the cover up with none more shocking than the sheer scale of the Hillsborough conspiracy.  If anybody deserves to be called heroes then it has to be the families and supporters of the 96.  They never gave, up despite seemingly insurmountable odds. They were often told to ‘move on’ to give up and get on with their lives by many people, including the ‘hilarious’ and affable Tory leader in waiting Boris Johnson, but they kept the faith. Hopefully justice will be the most fitting tribute to the memory of those who tragically lost their lives on that terrible day. It will have been a long time coming but really it should never have been this difficult.

And so perhaps the ultimate wanker of the year is the chap below, a man whose crass insensitivity and heartless refusal to apologise (until it was too late) caused immeasurable suffering. A man who cruelly perpetuated and repeated the lie that the 96 where architects of their own fate.  A man who unbelievably is feigning victimhood by claiming  he too is a casualty of the Hillsborough conspiracy!!!!… we give you…. 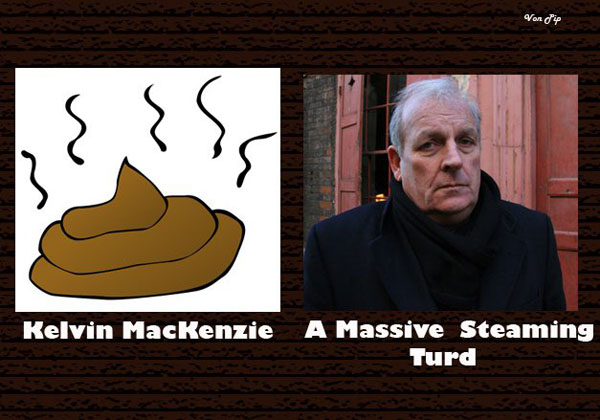 Despite being from Liverpool, we ain’t huge footie fans but some things are bigger than football.

So there you have it 2012, just some of the highs the lows and the bits in-between! See you next year unless the Mayans are correct , Happy Pipmas!