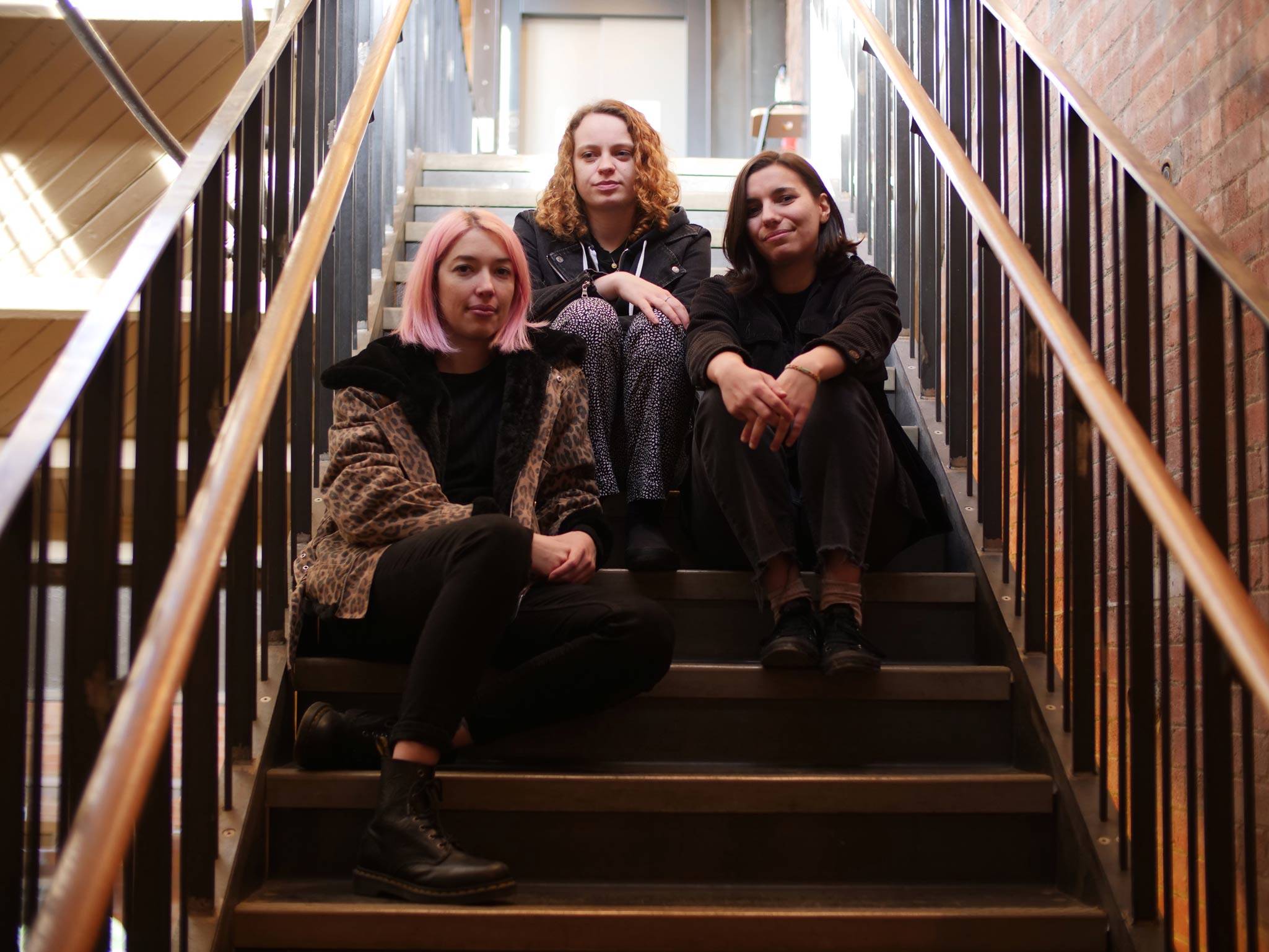 BERRIES embrace the noise with their suitably titled new single: “Wall Of Noise.” The trio of Holly (guitar/vocals), Lauren (bass) and Lucie (drums) conjure up an edgier, more visceral sound whilst still keeping their ears open for clever pop hooks. “Wall Of Noise” replete with driving distorted guitars certainly has a propulsive strut despite grappling with themes of insecurity and isolation as the band explains “Lyrically the song gives a nod to how self-doubt and how solitude can heighten and affect these feelings. Feeling lost or confused can produce the noisiest thoughts in your mind and that’s what we wanted to convey in this song.” It’s the first taste of the band’s debut album, which is due to land this Summer.

Citing The Breeders, Sleater Kinney, Wolf Alice and Biffy Clyro as a handful of the artists amongst their inspirations — ‘Wall of Noise’ arrives as the band gear up for the release of their debut album this Summer. Hinting at what to expect of their forthcoming record, BERRIES say: “‘[Our debut] record will explore many themes: mental health features heavily, feeling overlooked and sexism, alongside songs about growth, strength and rising above all of the negativity and noise around us. The majority of the songs are based on personal experience.”
Cutting their teeth on the live circuit and with a range of early singles over the past few years and months, the band have gained critical acclaim from  Huw Stephens (BBC Radio 1), Steve Lamacq (BBC 6 Music) and John Kennedy (Radio X). The band have also garnered praise from the likes of Louder Than War, Fred Perry Subculture and Time Out, with Record Collector Magazine describing their earlier single … as “infectiously energetic, instrumentally taut and melodically uplifting.”

Alongside this early support, the band have also played an assortment of notable live shows including slots alongside Cherry Glazerr and Porridge Radio at Electric Brixton, a headliner at London’s The Grace and gigs in support of Frank Turner in Nottingham and Liverpool.

BERRIES will be embarking on a UK tour supporting label-mates Pet Needs this Spring, and will make a guest appearance at Buswell & Nyberg’s one-off orchestral show with Xtra Mile Recordings at EartH Hackney later this month. Full live dates and details are below.

STREAM ON ALL SERVICES HERE