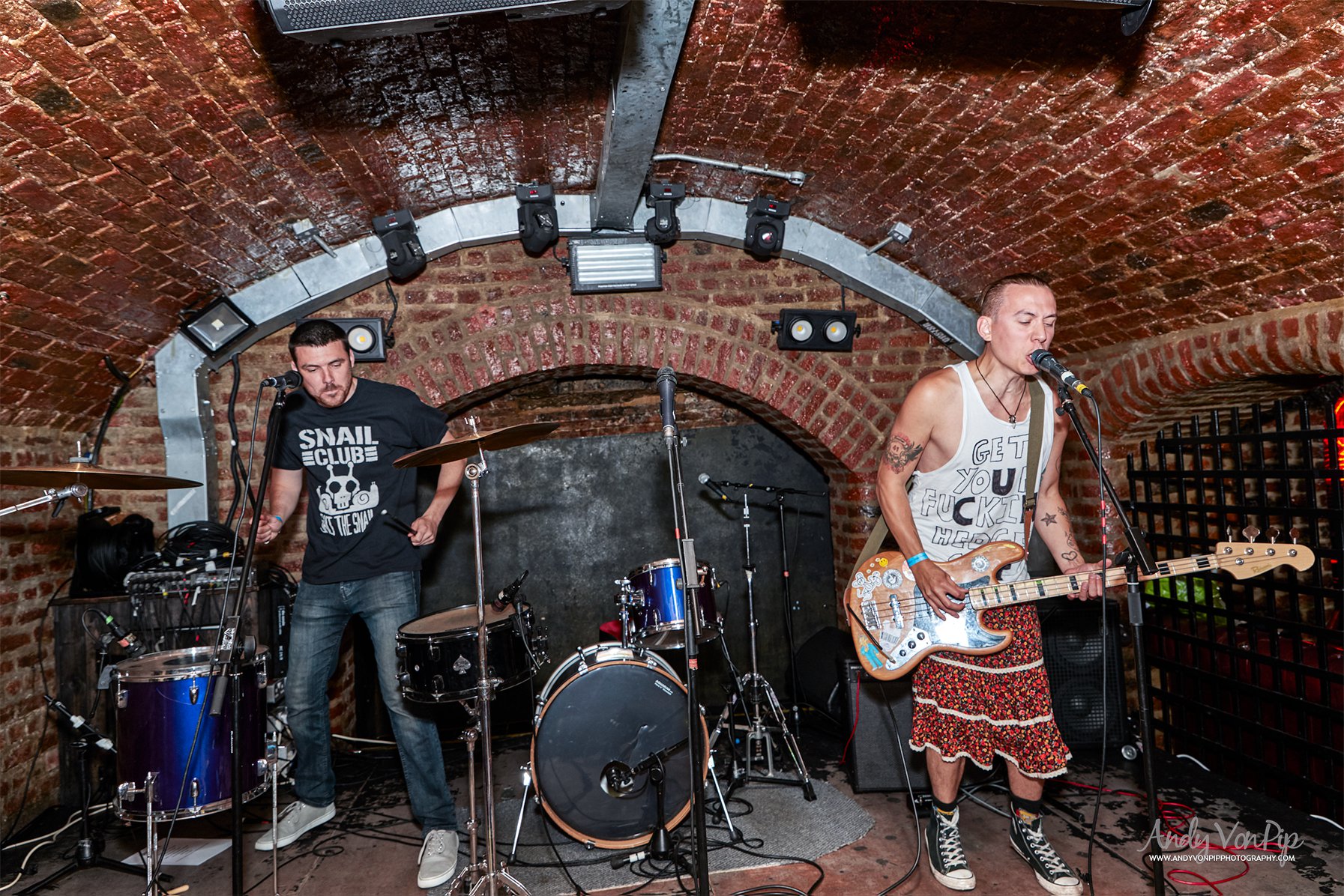 Unlike buckethead Ian Brown, there’s no danger of Birkenhead band Crapsons overstaying their welcome. “Ian Brown Is The Resurrection” clocks in at a hefty 51 seconds, which makes a Napalm Death ditty seem like a  Rick Wakeman Arthurian Rock opera. They certainly make brevity a virtue and with a lyric like “he’s an anti-vaxxer , he wears a bucket hat, and if you follow his Twitter,  he sounds a fucking twat” they manage to sum up Brown’s questionable anti-science views rather succinctly – I mean there’s no need to hang around and labour the point

It’s from their album Songs to Make A Brew To  (and this isn’t the shortest track on it !) and it’s the first release on the band’s own independent label “Crap Records”. The band say  “ The album encompasses every day life and recent news topics and brought together for a series of miniature rants.”  It’s  released  today (18th March, 2022. )  which you buy HERE