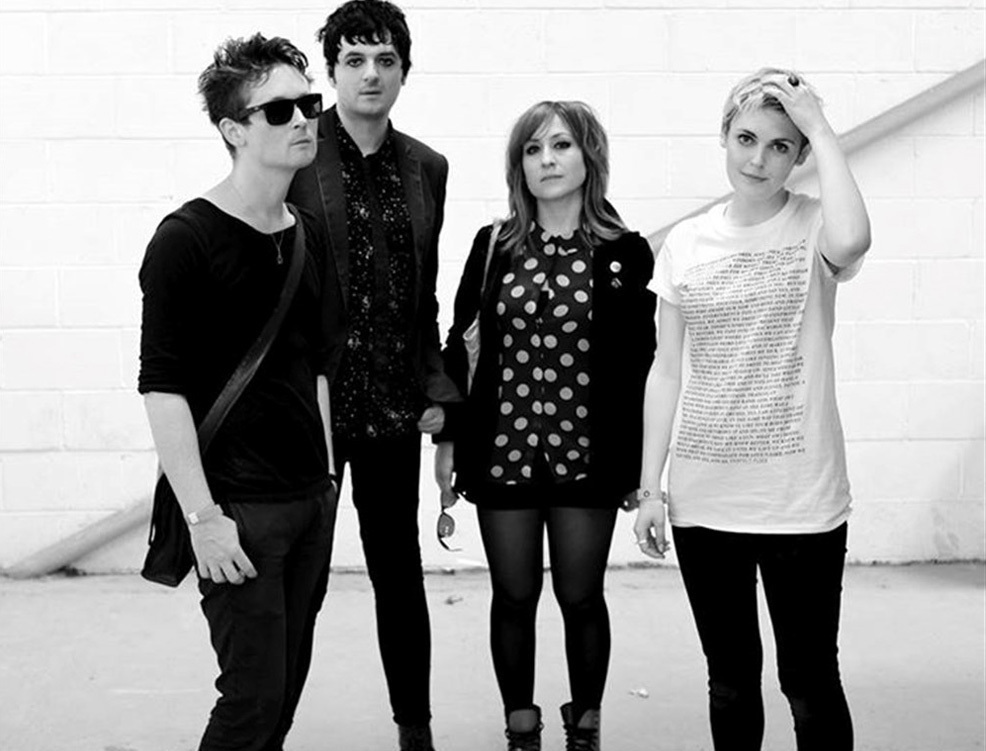 We’ve never been a fan of New Year, the end of Christmas, the beginning of January, the histrionic countdown followed by fumbled drunken kisses … and then what? usually a big fuck off hangover followed by taking down the tree and decorations and a return back to the daily grind! If month’s had a visual accompaniment January would be a grey, cold wet concrete slab shot in grainy monochrome despite the hype, the heralding of a new dawn, the expectation for the new year, come midnight nothing really changes. So we can relate to Desperate Journalist’s new year offering ‘Resolution’ a rousing guitar driven indie juggernaut with a nod to the doomed romantic grandeur of the Smiths and Morrissey sans the aforementioned front man’s increasingly tiresome and tawdry Little Englander bellendry.

It’s always been the impassioned peel of bells vocal from frontwoman Jo Bevan, the glorious chiming whirl of meshed guitars, the emotional intelligence and dramatic melodies that have marked Desperate Journalist as one of the most interesting indie bands of recent years. In fact when we tipped them back in 2013 we were convinced they were going to make a sizeable dent the following year. But the world doesn’t work like that. Perhaps in the current state of flux the music industry finds itself in, success for a band is defined as actually being able to continue.

‘Resolution’ was written one New Year when singer Jo was in a hotel room after a New Year’s Eve party feeling ‘particularly peculiar’, pondering the dramatic gesture that is the New Year party, unable to drink and on a lot of codeine,” broadly speaking, the song is about being detached and over stimulated.”

The band, will release a second album Grow Up on 24 March via Fierce Panda and will be undertaking a European tour: