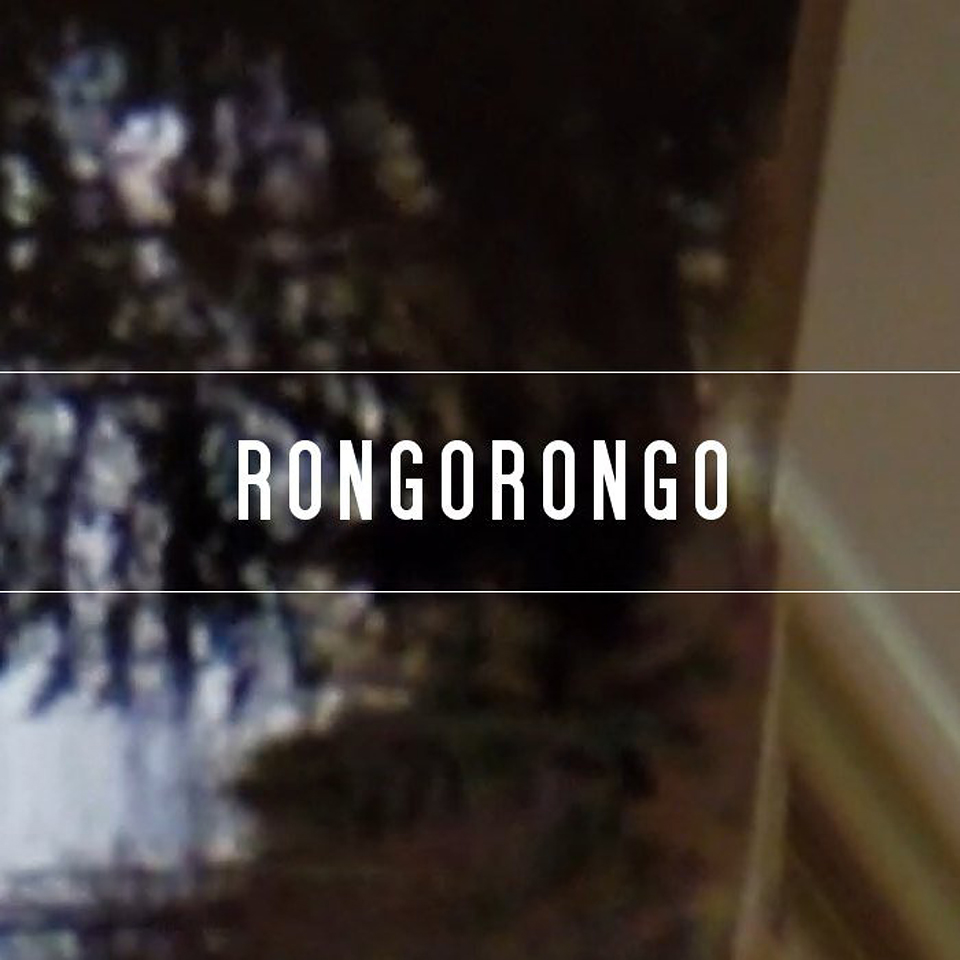 The dark tense atmospherics created by Liverpool’s new kids on the block RongoRongo is perhaps the perfect soundtrack to Halloween. It’s tense, sexy and just a little bit twisted.

In fact ‘Slice Of Heart’ is quite possibly more warped and sinister than Edgar Allen Poe’s imagination, full of slow knife edged tension, with sinuous bass lines, guitars and electronica all adding to the sense of foreboding drama unfolding on a track that’s disturbing and compelling in equal measure.

Track two ‘Shiver’ is another exercise in taught shimmering minimalism, with a hint of early Bunnymen in terms of the atmospherics.  Chiming guitar flourishes illuminate the soundscape like shadows across the moon whilst an intimate hushed vocal draws the listener from the darkness into the light.

We don’t know too much about them other than their debut limited edition cassette released on Cassette Store Day  sold out and their  facebook page states the band comprise of Jonny Davis Le Brun, Our Keith , Philip Chrysalid and  Mick Chrysalid.  And really more bands should have members called ‘Our Keith’ we feel.

Fun fact – Rongorongo is apparently, not a misspelling of a repeated salutation aimed at getting the attention a certain drummer (see also fog-horned voice narrator  of ‘Thomas The Tank Engine’ TV shows ) but is in fact an ancient writing system used by the indigenous people of Easter Island, the Rapa Nui, and is believed to be one of perhaps just three or four independent inventions of writing in human history. Great new music AND facts, we really do spoil you!