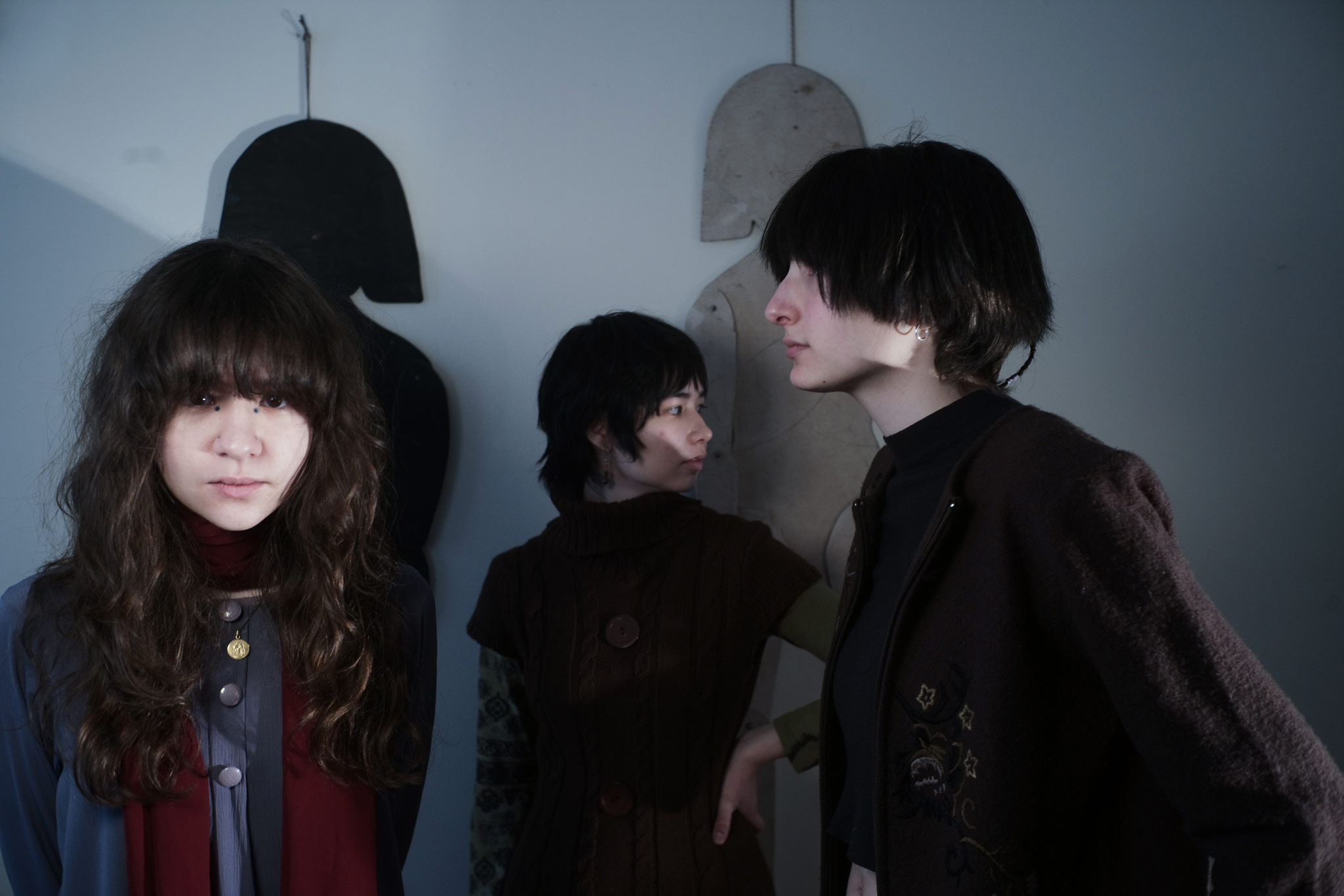 Chicago trio Horsegirl have released a mesmerising new track and video in the shape of the propulsive “AntiGlory.” It’s full of hypnotic, swirling menace with a driving baseline, insistent stabbing guitars and rousing vocal harmonies . It will only add to the growing acclaim this young trio has attracted and it arrives ahead of their debut record, Versions of Modern Performance, which is out on June 3rd via Matador Records,

Penelope Lowenstein (guitar, vocals), Nora Cheng (guitar, vocals), and Gigi Reece (drums) are the best friends who make up Horsegirl and do everything collectively, from songwriting to trading vocal duties and swapping instruments to sound and visual art design.

The band say: “We wrote Anti-glory almost by accident while messing around with an old song during rehearsal. The song fell into place immediately, and looking back, we have no idea how we wrote it,” the band explains. “As always, this song and album are for Chicago, our friends, our friend’s bands, everyone who can play the guitar, and everyone who can’t play the guitar.”

The friendship of these three goes far beyond Horsegirl. Reece and Cheng, college freshmen, and Lowenstein, a high school senior, learned to play—and met—through the significant network of Chicago youth arts programs, and they have their own mini-rock underground, complete with zine distros, that they describe as somewhat separate from the “adult shows” that take place at bars and DIY spaces they don’t have access to. They’re exultant about their friends’ talent, noting that any of the bands from that scene could have been (or might still be!) plucked up the way they were.

Versions of Modern Performance was recorded with John Agnello (Kurt Vile, The Breeders, Dinosaur Jr.) at Chicago’s Electrical Audio. “It’s our debut bare-bones album in a Chicago institution with a producer who we feel like really respected what we were trying to do,” the band says. Across the record, Horsegirl expertly play with texture, shape and shade, showcasing their fondness for improvisation and experimentation. One can hear elements of the ‘80s and ‘90s independent music the band love so deeply and sincerely—the scuzzy melodicism of what used to be called “college rock,” the cool, bubbly space-age sheen of the ‘90s vamps on lounge and noir; the warm, noisy roar of shoegaze; the economical hooks and rhythms of post-punk. There’s even a bit of no wave mixed in for good measure. But as Horsegirl fuse all of this together, it feels not like a pastiche or a hacky retread but something as playful and unique as its predecessors. They’re best understood as part of a continuum, but they’re building something for themselves.

Horsegirl will play their first ever UK and European shows in June, including a matinee and evening show at Paper Dress Vintage in London on June 19th and a show at Bermondsey Social Club in London on June 22, as well as dates in Manchester and Bristol. They tour North America this summer, playing their first ever shows in most of the cities they will be visiting. The tour kicks off with a special record release show at Thalia Hall in Chicago on Sunday, June 5th. Next week, Horsegirl head to SXSW before their debut performances in Philadelphia, Washington, DC and New York City. Full dates are listed below.

The album will be available in physical and digital track listings which can be found below. It is available to pre-order at https://horsegirl.ffm.to/vomp.

6. The Fall of Horsegirl

9. World of Pots and Pans

7. The Fall of Horsegirl

9. World of Pots and Pans