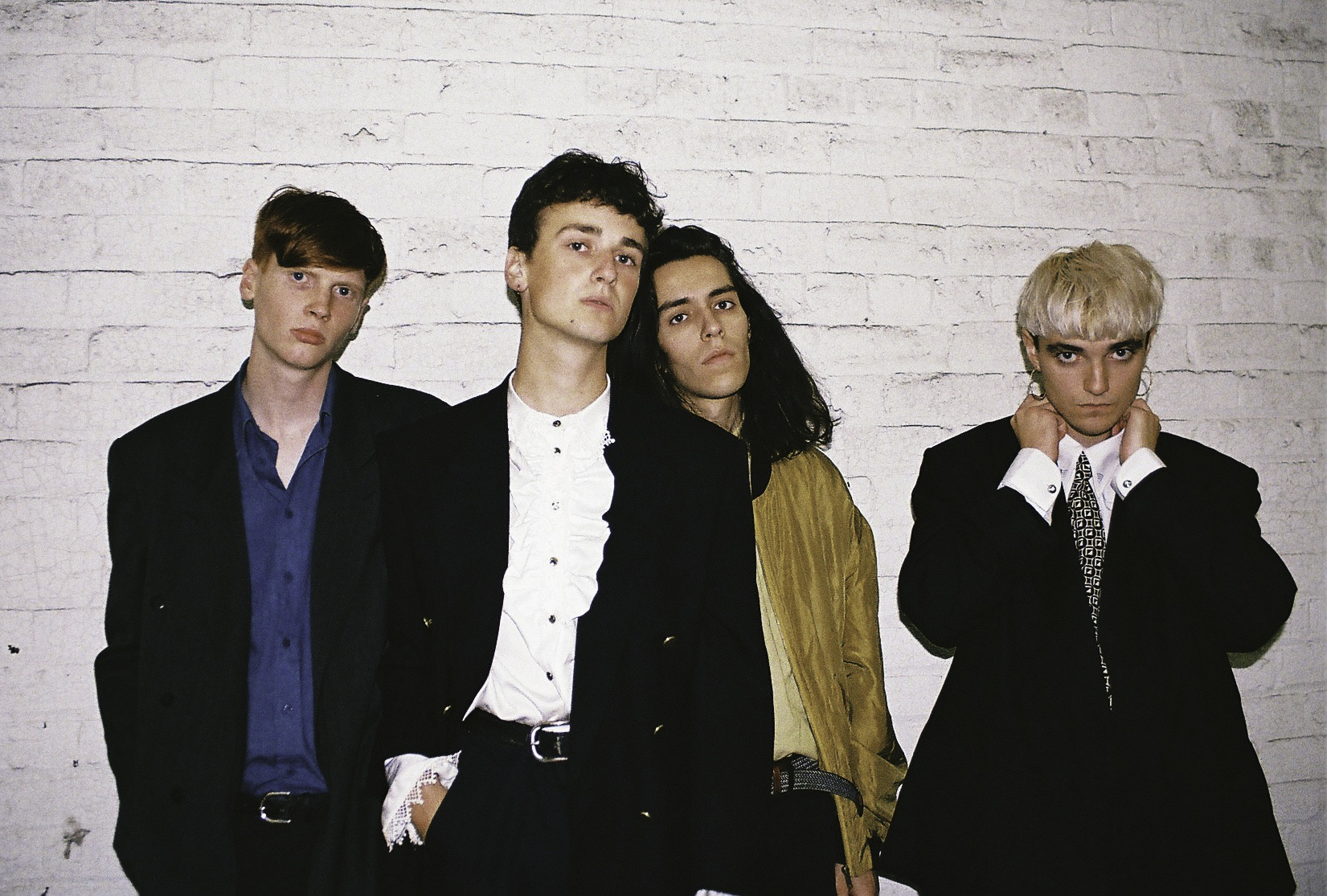 Glaswegian band Walt Disco have already gained a certain amount of notoriety in their home town for their incendiary and unpredictable live shows. They’ve already sold out King Tuts Wah Wah Hut and have gained rave reviews for their performances at Live At Leeds and The Great Escape and have released an impressive clutch of singles which have echoes of early Psychedelic Furs, The Sisters Mercy and the Associates.

Last years single ‘Drowning In Your Velvet Bed’ is probably the best introduction to the band’s oeuvre for the uninitiated replete with thundering bass lines frenetic guitars and lead singer James Potter’s somewhat unhinged vocals. He says of the track “it’s our own camp, glamorous interpretation of angry post-punk.”

The band state their influences “derive not from just music itself, but much more so from love, glamour and androgyny. Their music is a gateway to a space of lust, loss and everything in-between. “