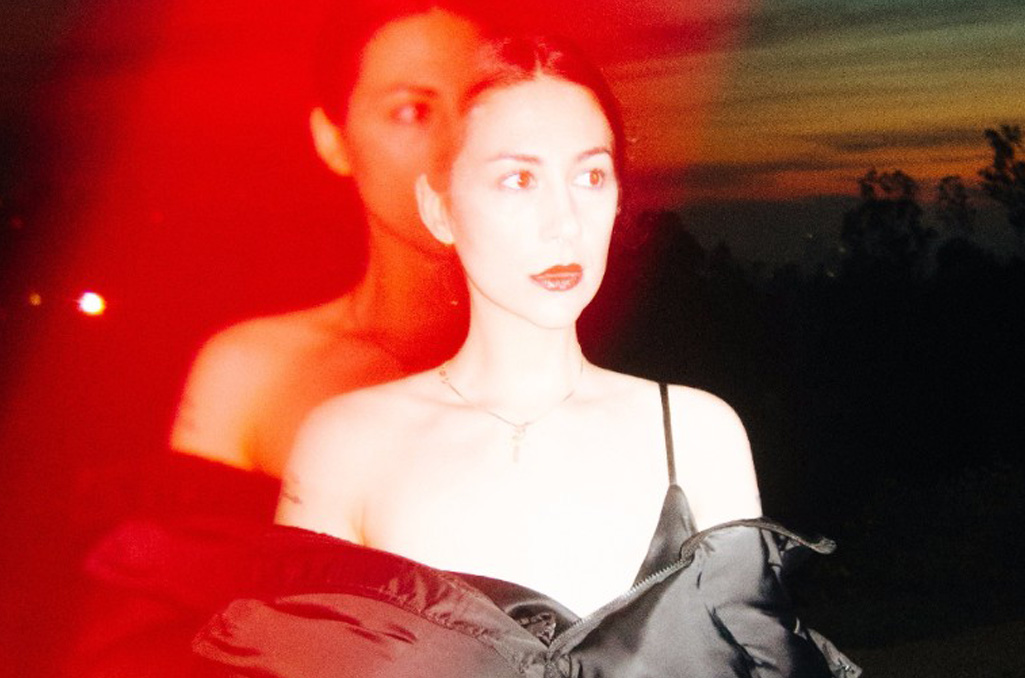 Kirstin Kontrol is the synth-pop alter ego of Kristin Gundred,  also the artist formerly known as Dee Dee from Dum Dum Girls.  Her new single ‘Concrete Love ‘ snuck out with very little fanfare (at least here in the UK) and whilst her Dum Dum Girls project made regular trips to this green and currently deeply unpleasant land, Kristin Kontrol seems a much more American focused affair at present.

Many will view the KK project as a million miles away from the scuzzy garage sound the DDGS initially produced, but for us the common denominator is always the quality of the music, not the specific genre, which can become very limiting for an artist with the desire to explore and push their songwriting into other areas. ‘Concrete Love’ is soaring sophisticated grown-up pop, as melodic as anything the Dum Dum Girls have done, just arriving in a different musical wrapper. Underneath the cool veneer is a song that shimmers with empathy and beauty and again shows what a fine songwriter she is. Indeed as Sune Rose Wagner ( The Raveonettes) once said in an interview with us a few years back – “she’s really an amazing songwriter she’s so good she could be the new Stevie Nicks” and Kristen has done nothing to disabuse us of that view since she emerged as Kristen Kontrol and she’s certainly expanding her musical repertoire. Andrew Miller, who mixed “Concrete Love,” and Gundred have recently finished work on the score of Tim Hunter’s new film, ‘Looking Glass,’ which stars Nicolas Cage.

Mind you we’d still love Dum Dum Girls to be revived at some point. And although that seems unlikely – never say never.