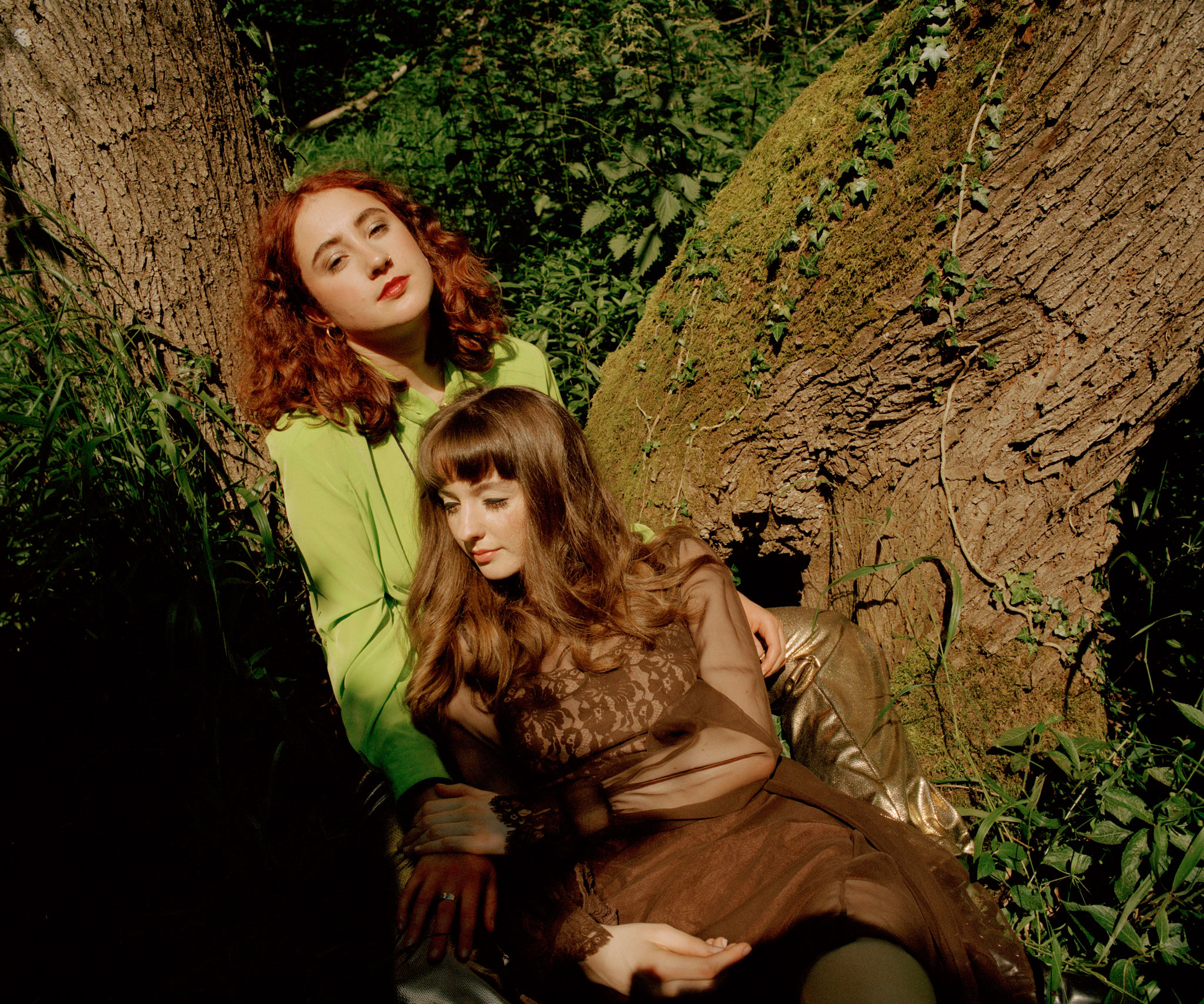 Here’s a personal favourite of mine and one of the many highlights from Let’s Eat Grandmas’ forthcoming 3rd album Two Ribbons. “Levitation” is a beautiful shimmering heartfelt slice of electronic pop from the duo of Jenny Hollingworth and Rosa Walton, who have been making music together since they were at school.

Rosa explains the song is about “feeling all over the place, escaping to your imagination and being in a disorientating and surreal mental state, which can be both scary and elevating somehow—everything feels more creative and things look brighter. You’re with someone you’re close to, trying to reach out and connect to them, and even though you’re both struggling, you’re able to find comfort in one another, and have an absurdly funny yet meaningful time together. You begin to see some hope in your future again after a time when you’d started to lose sight of that.”

The album was co-produced with super-producer David Wrench (currently also of Audiobooks) and is perhaps their most emotionally honest work to date informed by love, loss and finding a way to reconnect with each other both as friends and musicians. It marks a new era for both artists and a new chapter in their friendship with the title “Two Ribbons” representing their friendship. Ribbons can be beautiful, but over time they can fray but can also be strong enough to remain tied together.

I interviewed Let’s Eat Grandma for Under The Radars 20th Anniversary Print Edition in which they both talk frankly about the challenges their friendship has faced, and about how loss informed their forthcoming album Two Ribbons  which you can order HERE – https://www.undertheradarmag.com/issues/49945

“We’ve known each other since we were four and our friendship runs much deeper [than the band].” – Rosa Walton of Let’s Eat Grandma

“I was suffering from a kind of wordless grief which I found very isolating. I found it really difficult to express how I felt.” – Jenny Hollingworth of Let’s Eat Grandma

Two Ribbons is Co-produced by David Wrench and Let’s Eat Grandma, and will be released on 8 April 2022 via Transgressive