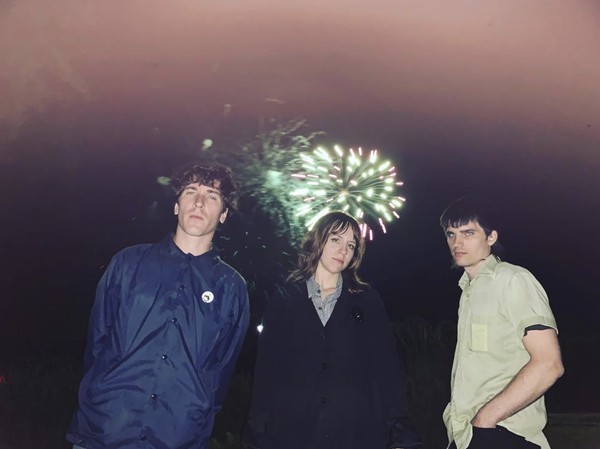 Jangling fuzzed-up pop perfection arrives in the form of “Distant Lullaby” from NYC trio UV-TV. It’s the first single off the band’s third album Always Something which is released on May 28th, 2021 via Papercup Music. UV-TV have been around for a few years and consist of founding members Rose Vastola (guitars/vox), Ian Bernacett (guitars), plus new recruit Ian Rose (drums) releasing their debut album Glass in 2017’, and 2019’s follow-up the excellent Happy.  They have also recently released a jolly decent cover of “Happy Place” by the worlds finest band ( The Mary Chain.)

Of this track, Vastolta says “Distant Lullaby” is an honest proclamation of the inability to let things go unresolved. The melody popped into my head while demoing the tune late one night with Ian Bernacett on acoustic guitar. Partnered with distortion, fuzzy bass and floating cowbells we wanted Distant Lullaby to be an instantly catchy song.” Mission accomplished and about a million times more uplifting and enjoyable than the fetid omnipresent “Tonight Matthew I’m going to be Alex Turner a-fucking – gain” derivative soul shrivelling “indie” that populates this sceptic isle.