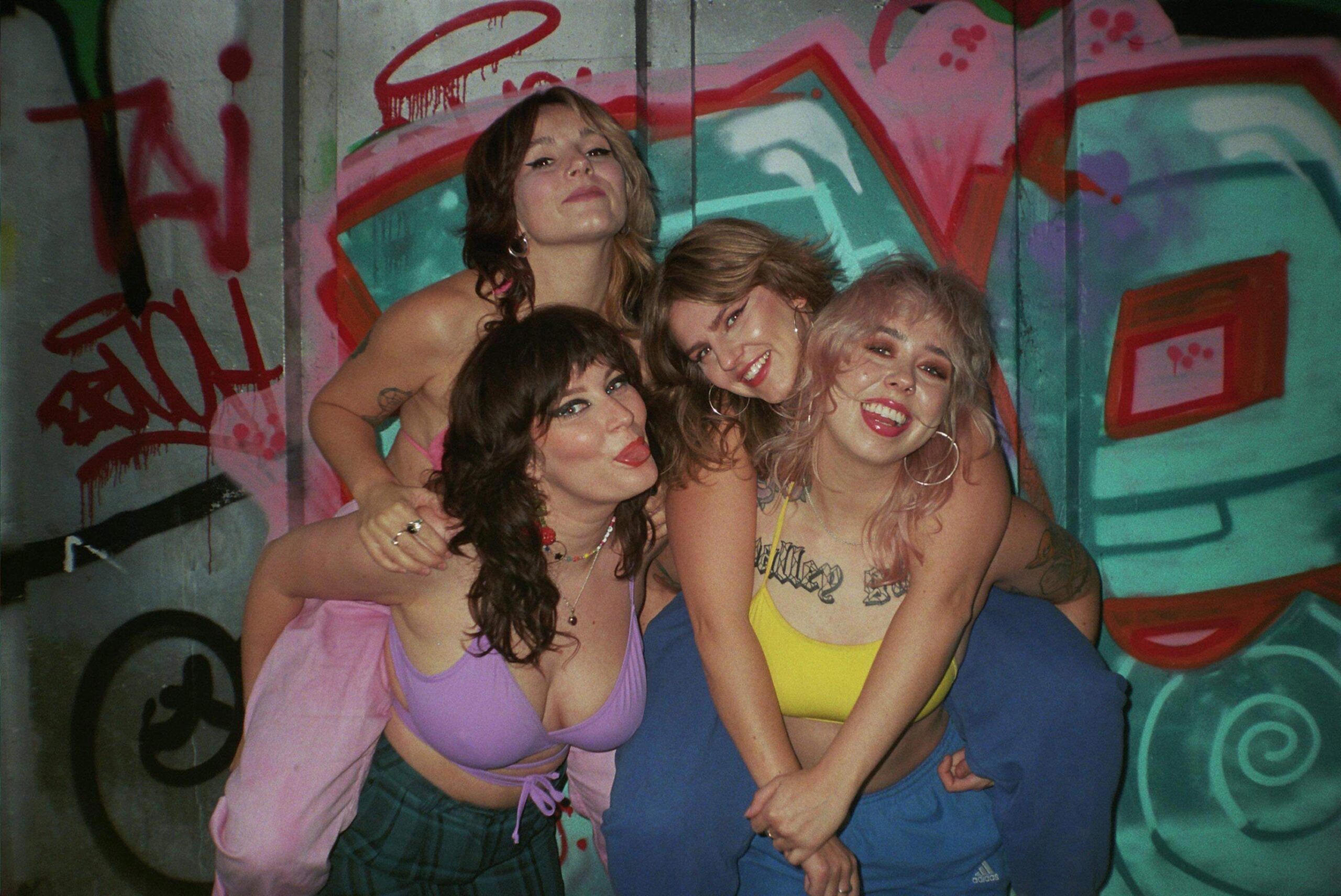 Cardiff’s Panic Shack release their new single ‘The Ick‘, from their incoming debut EP, Baby Shack, released April 8th on Brace Yourself Records. It comes ahead of a Scala show this Thursday with Buzzard Buzzard Buzzard, as well as appearances at BBC 6Music Festival and DIY Alive in April and The Great Escape in May.

What exactly is “The Ick” , as opposed to say, the Icke?  Well, the latter is the “ex-sports presenter and goalkeeper formerly known as the son of God” who has become inordinately rich by spouting demonstrably dangerous bollocks whereas “The Ick” is… well, we’ll let the band explain –

“‘The Ick’ is about that feeling you get when you’re dating someone and they do something that really turns you off. No matter how insignificant or trivial – the feeling is irreversible and it’s really not their fault. Something that shouldn’t be a deal-breaker but when you’re there staring your Ick in the face, there really is no coming back from it. Where their mere presence is enough to make you want to vom in your own mouth. You would rather run into oncoming traffic, whilst burning alive, than to spend a second longer in their company. “It was written while we were on a little song-writing holiday we called ‘Tweak Week’ which ended up being more of  a five-day drinking binge in our quaint little holiday cottage. We were gossiping and laughing about past dating fails, sharing anecdotes and it just snowballed from there. Every lyric are actual things that happened to us and gave us major ICK! Someone really did shush Sarah in the cinema – if you can believe that!! (We can.)”

It’s a rollicking slice of maniacal acerbic indie punk insouciance and builds on the promise of their previous releases. Comprised of Sarah Harvey (vocals), Meg Fretwell (guitar/backing vocals), Romi Lawrence (guitar/backing vocals), Em Smith (bass) and Ed Barker (drums), the band were officially formed in late 2018 as an affront to how music can feel like a ‘members-only club’ at the best of times, a phallocracy at the worst. “We started the band because we’d spent years going to gigs supporting our indie boy bandmates,” explains Lawrence “One day we thought ‘why aren’t we doing this ourselves, surely it can’t be that hard?’. In the beginning, we just wanted to give it a go and have a bit of a laugh, but now we can hopefully show people that music doesn’t have to feel like a ‘members-only club’ or as something that is out-of-reach. If we can do it, literally anyone can!”