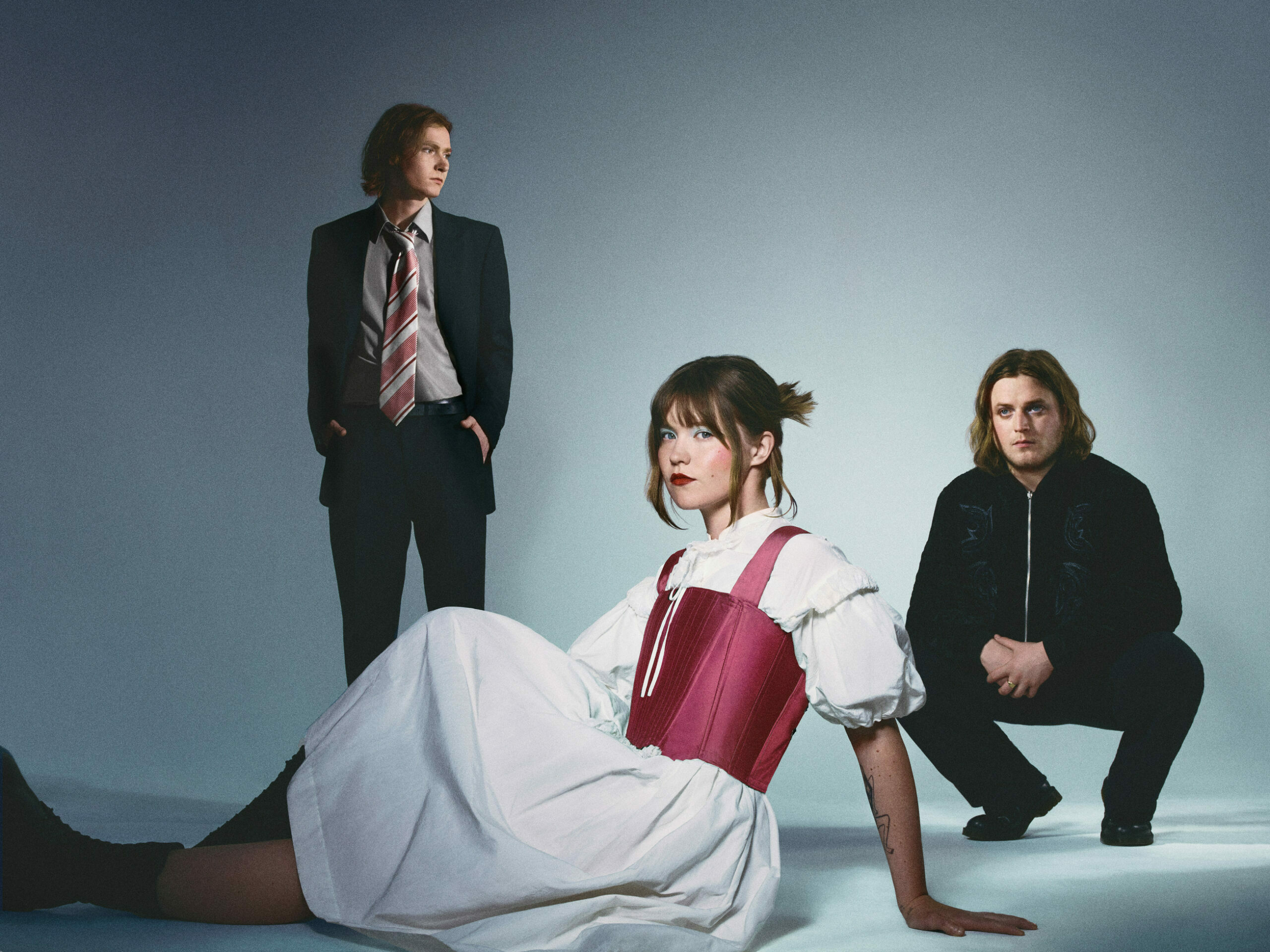 South London trio PVA release a new single “Hero Man “plus details of their highly anticipated debut album ‘BLUSH.’ The trio who are comprised of Ella Harris and Josh Baxter (who share lead vocals as well as handling synths, guitars and production) alongside drummer and percussionist Louis Satchell wrote their debut during various lockdowns, Harris wrote poems and learned to produce music, Baxter worked with other artists as a producer, and Satchell continued his music course at City University, studying ancient African polyrhythms among other techniques. “We’d got apart from one another with what we were making and had to come back together,” Harris explains. “We could have just bashed the album out but I’m really happy we took our time with it. It feels a lot more like us.”

“Hero Man” employs hypnotic sprechgesang vocal repetition mixed with throbbing trance/ dance synths injecting an edgy almost sinister vibe onto the dancefloor. Thematically, Ella Harris explains that the song is about “a relationship with yourself that is restrictive and closed off,” going on to say that it is “an expression of this frustrated anger at masculinity and a resentment at being unable to free yourself from that and explore the world.”

PVA began when Harris and Baxter began making what they dubbed “country-friend techno” together in 2018. Their first show took place just two weeks after they met. The night was curated by Harris and featured painting, sculpture and photography upstairs, and bands on the ground floor. She booked PVA as headliners. One of their first songs “Divine Intervention” was born from Harris dictating her dreams to her new bandmate.

Tickets for the new UK tour dates will be available for pre-sale at 10am BST on 22nd July for anyone who pre-orders the album from PVA.band by 3pm BST on 21st July. General tickets will go on sale at 10am BST on 25th July. A full list of live dates below is below: