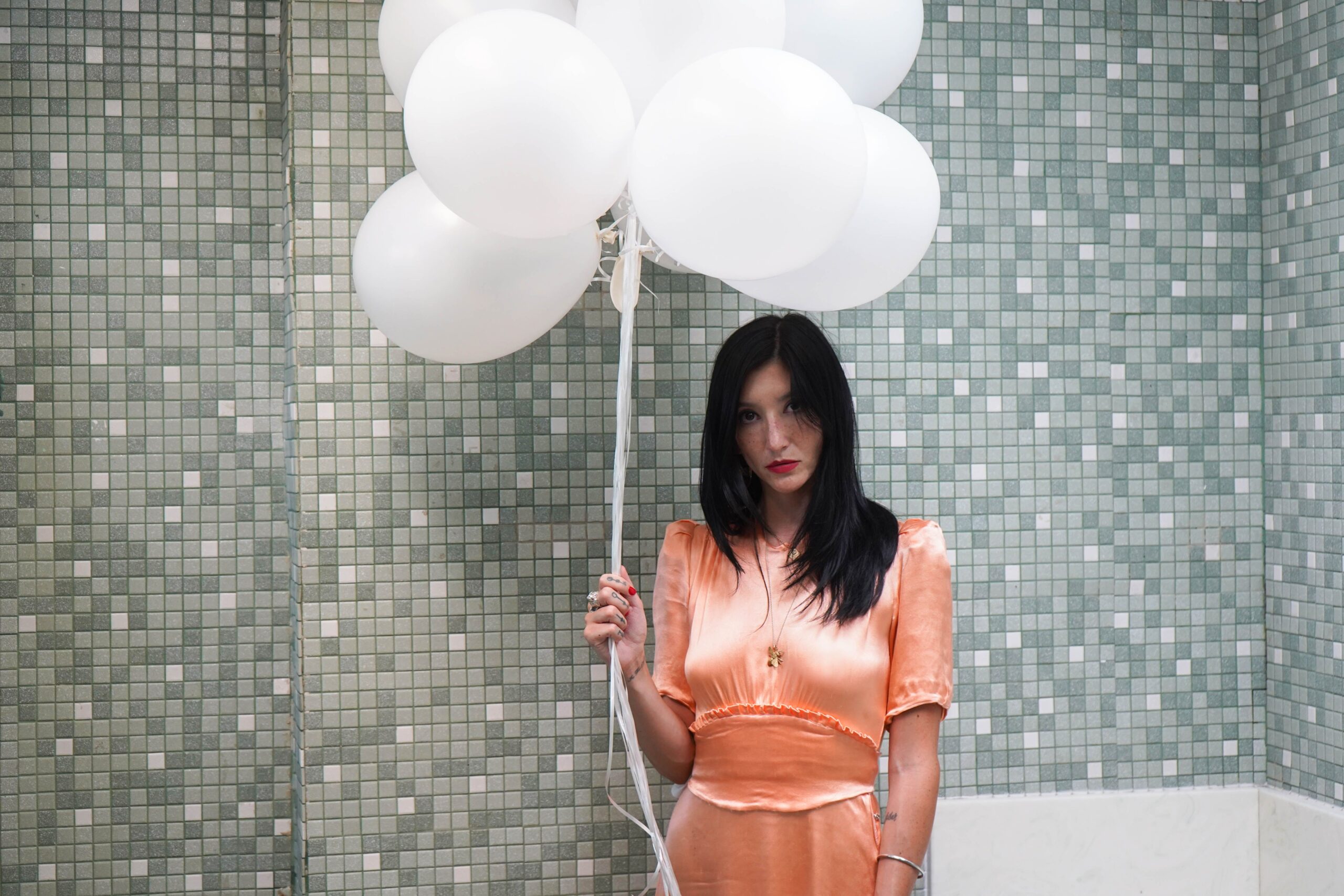 Queen Kwong  (Carré Callaway) releases a new track in the shape of ‘Without You, Whatever’ – taken from her forthcoming album Couples Only which arrives on 12th July via Sonic Ritual.

There’s certainly an undercurrent of the 60s girls in the garage vibe on ‘Without You, Whatever’ but despite the almost jaunty melody, which is described as the closest thing to a ‘pop’ song on the album, it comes from a darker place, . It’s about missing a person despite knowing their impact was laced with negativity – one of the forthcoming albums’ overriding themes. And Calloway has undoubtedly been through change and trauma over the last few years even without the global pandemic to deal with.

A few years ago, she was diagnosed as one of very few Asians with cystic fibrosis in the US -because of the condition, she’s prone to episodes where her lungs fill up with blood and she’s literally drowning. Her husband, musician Wes Borland, jumped ship—to put it nicely a few months after the diagnosis and within the year, everything else—her security and stability, her home and home studio, her cats—had also gone.

Understandably she says “I don’t play music because it’s fun, it’s a coping mechanism. It’s for survival. I have to keep playing music because it’s my way of allowing myself to feel.”  She says of Couples Only produced by Joe Cardamone (The Icarus Line / Dark Mark vs Skeleton Joe) “It’s not a fun record but, at times, it’s a funny one.” And reflecting on “Without You Whatever “Callaway says “When I recorded it, I was just trying to entertain Joe (Cardamone) by singing in falsetto and trying to imitate Bowie. When I sent the folder of tracks to Tchad Blake I said “oh, don’t bother mixing Without You, Whatever because I’m not going to release it,” and Tchad basically said, “WTF? That’s your single!” So he mixed it and I added it to the record at the last minute. It’s nearly impossible for me to sing because it’s so high and out of my range, but I like that it’s extremely different from anything I’ve ever released.”

I Know Who You Are