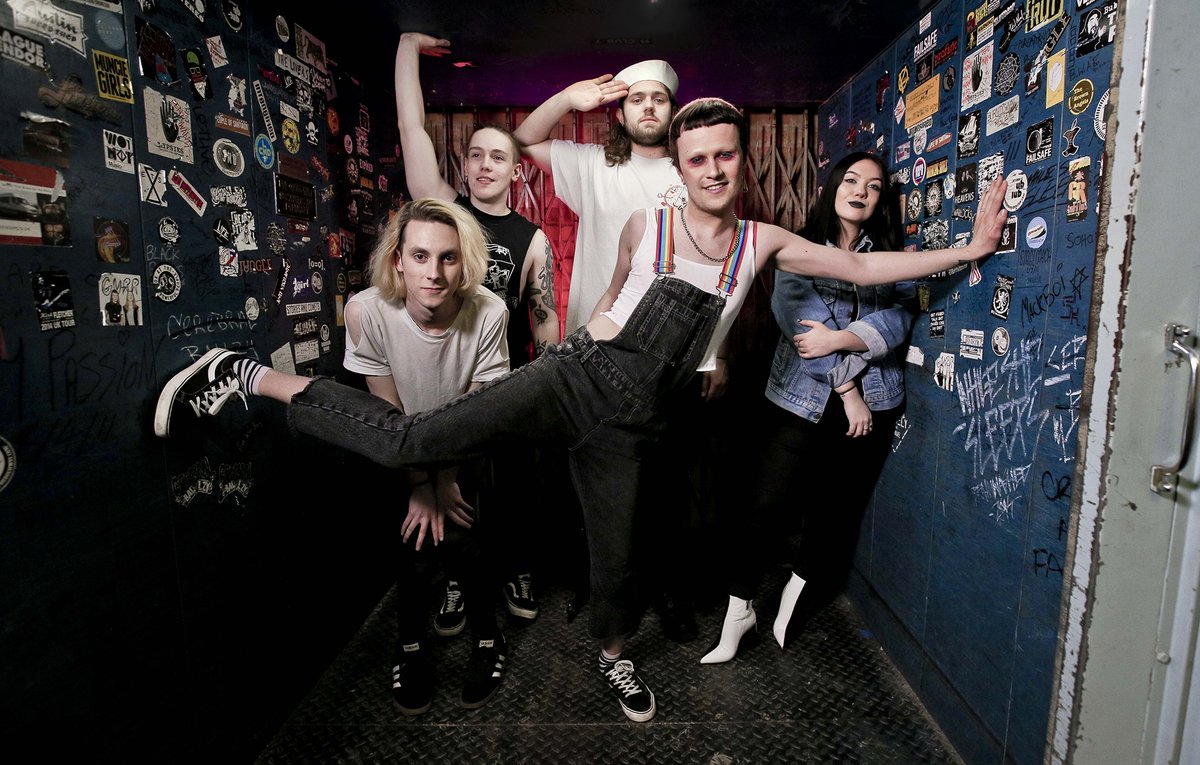 Queen Zee returns with a brand new buffed up, version of  ‘Sass or Die ‘ which has become something of an anthem for the band during their rollercoaster ride from D.I.Y. bedroom project to bonafide alternative pop stars in waiting. Over the last 12 months, the band have continued to grow exponentially winning over new fans with their unhinged in your face live performances, whilst honing their sound without compromising their vision.

In many ways rerecording ‘Sass or Die’ could be seen as a  way of bookmarking their progress, and a reflection on just how far they have come as a band,  from those early rough and ready demos to their current fully realised sound. And this version really captures their spirit, whilst documenting their development. It could also be regarded as a good-natured fuck you to the doubters, because the last 12 months have been proof positive of what can be achieved with self-belief, talent, staying true to yourself, surrounding yourself with good people and refusing to be pigeonholed.

If we were to do the comparison thing, which is pretty much the law these days we could say that vocally there are hints of Bowie, Mark E Smith and Howard  Devoto whilst the guitars have a grander more textured ‘shoegazey’ feel than previous offerings. But really it’s the vibrancy, energy  and personality that shine through to really elevate this tune to the next level. Zee explains the thinking behind giving ‘Sass Or Die’ a reboot “Last year we released a rough B-side version of Sass or Die done in our spare time at the studio. But since then Sass or Die has become much more than a B-side, nothing better captures the essence of Queen Zee than leading line “I wanna do this for the rest of my life”. So, we were decided to give the recording the love it deserved, and soundtrack your summer with it”