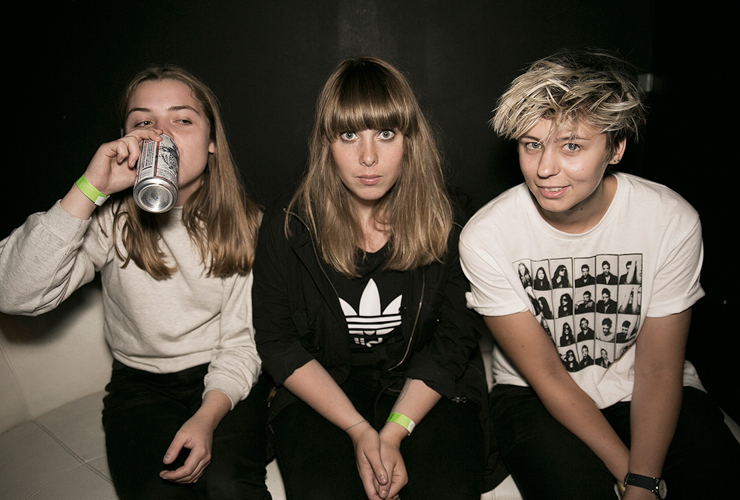 Danish trio Baby In Vain who have shared the stage with the likes of The Jesus And Mary Chain and The Kills have just announced the release of their debut album ‘More Nothing.’ As a taster, they have shared the album’s explosive opener ‘ To Heaven And Back.’ It’s a spiralling twisting aural nail gun attack of a song which fuses sneering punk vocals and a dynamic grunge fuzz with genuinely uplifting melodies as joint vocalists, songwriters and guitarists Andrea Thuesen Johansen and Lola Hammerich do battle. Despite the track being just shy of two and a half minutes, it packs a mighty punch as Baby In Vain serve up and an incendiary cocktail of frenetic power and melodic hooks which manage to disorientate and seduce in equal measure.  On this evidence, the album is shaping up to be something rather special.

‘More Nothing’ was apparently recorded in just eleven days at  Eve Studios with producer Rob Ellis (PJ Harvey, Scott Walker, Bat For Lashes), enabling them to capture their raw power

More Nothing is  released on August 25th via Partisan Records.