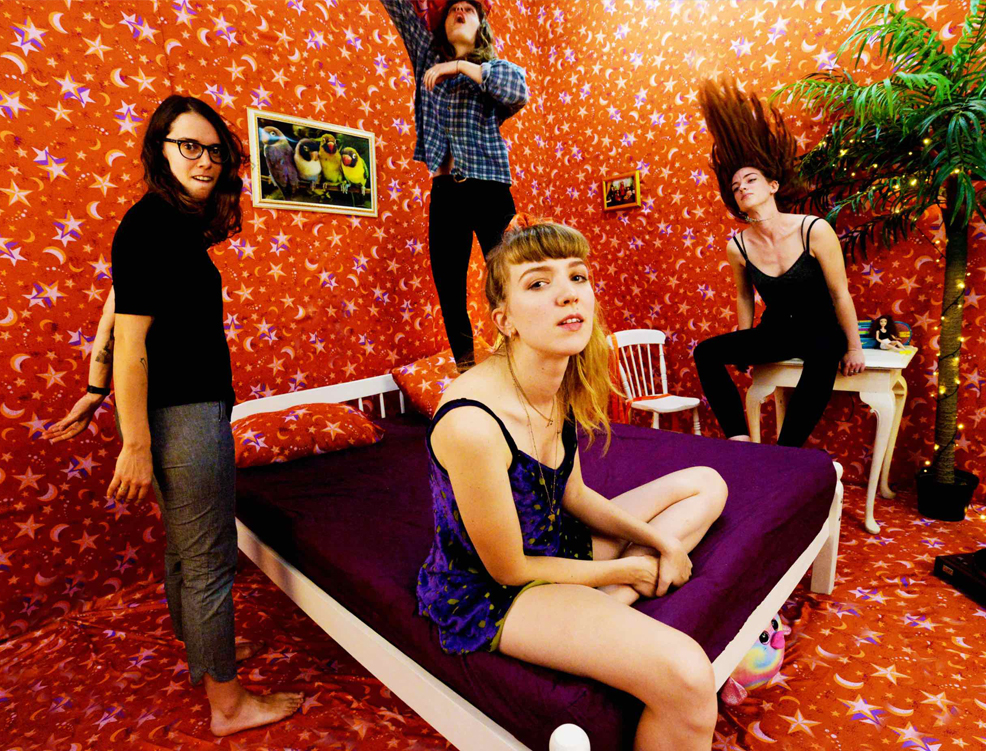 After last nights “supermoon” , more large moon related news – The Big Moon release a new tune which is ‘Formidable’by name and nature. It’s a track that’s become a real live favourite, with a lighters in the air style chorus. It builds slowly to it’s erm, joyful climax with chiming guitars a swirly organ and has a real sense of much-needed optimism. They also bring glad tidings relating to their debut album entitled ‘Love In The 4th Dimension’ it’s scheduled for release  on the 7th April 2017 through Fiction Records and was recorded in London throughout the Summer, and co-produced by Catherine Marks and Juliette Jackson.

Formidable will be released on 13th January 2017 on limited edition 7” vinyl.

Speaking of the album, Juliette Jackson said: “We’ve been playing these songs for two years now, and it’s a dream come true to finally immortalise them on record. It’s like having eleven tiny babies all at once, all with their own little faces and voices and personalities, and now we’re ready to throw them out of our nest and into your ears.”

The album will be released digitally, on CD, and on heavyweight vinyl. Signed copies of the CD, vinyl and limited edition polaroids will be exclusively available to fans through The Big Moon online store. www.thebigmoon.co.uk

Love In The 4th Dimension Tracklisting:

Pull The Other One

Love In The 4th Dimension