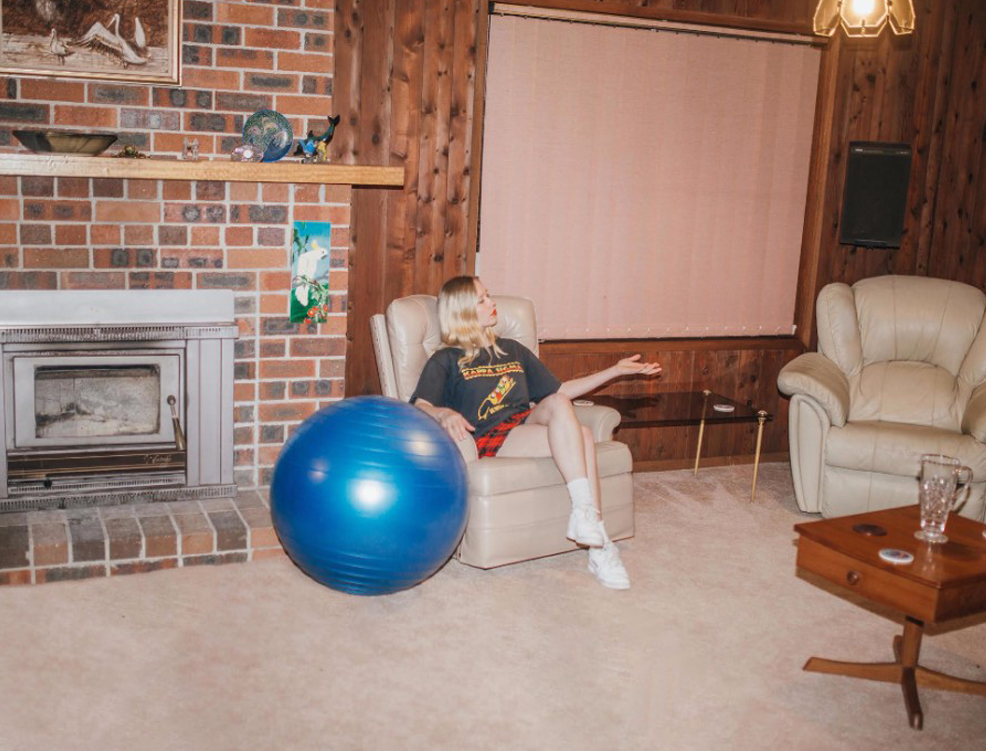 So impressed were we when we came across up and coming Australian alt-country singer-songwriter Julia Jacklin at this year’s Liverpool Sound City that we made sure we attend both the sets she played there, and they really were something rather special indeed!

Her timeless voice has the kind of emotional resonance that stopped us in our tracks and ‘Leadlight‘ the follow-up to her critically acclaimed debut ‘Pool Party’ once again cements the view that we are witnessing the blossoming of a compelling new talent.

But she’s no overnight sensation indeed she’s spent the past few years living in a garage in the Syndey suburbs, working a day job on a factory production line making essential oils, whilst much of her spare time has been taken up crafting her songwriting  (she’s also a member of Phantastic Ferniture who are well worth checking out. ) She’s now finally been able to quit her factory job to focus solely on a music career, “It feels really good to be getting closer to my first album release, it has been a very long[held] dream of mine.”

‘Leadlight‘ comes from her forthcoming debut album Don’t Let The Kids Win, which is out on October 7th on Transgressive Records. It also sees Julia direct the accompanying video (below), which she shot at her old High School in The Blue Mountains in New South Wales – she explains “a lot of the shots focus on the stage where I performed in the chorus for ‘Grease’ and ‘Fiddler on the Roof’ and the unfortunate time I chose to sing ‘Wonderwall’ to a backing CD for a senior assembly. I went back there recently and saw the hall in a whole new light. When I was at school I never really thought about it, it was just a boring school hall that I was forced to sit in for long assemblies and exams. Now I think it’s actually a really beautiful space, the wood detailing and the dramatic red curtains. Thought it would be nice to go back there and try and capture that on film.”

Don’t Let The Kids Win will be available on Digital, CD and limited edition blue vinyl. Pre-order the album physically HERE and Digitally HERE with an instant grat of “Pool Party” and “Leadlight”. The tracklisting is as follows: