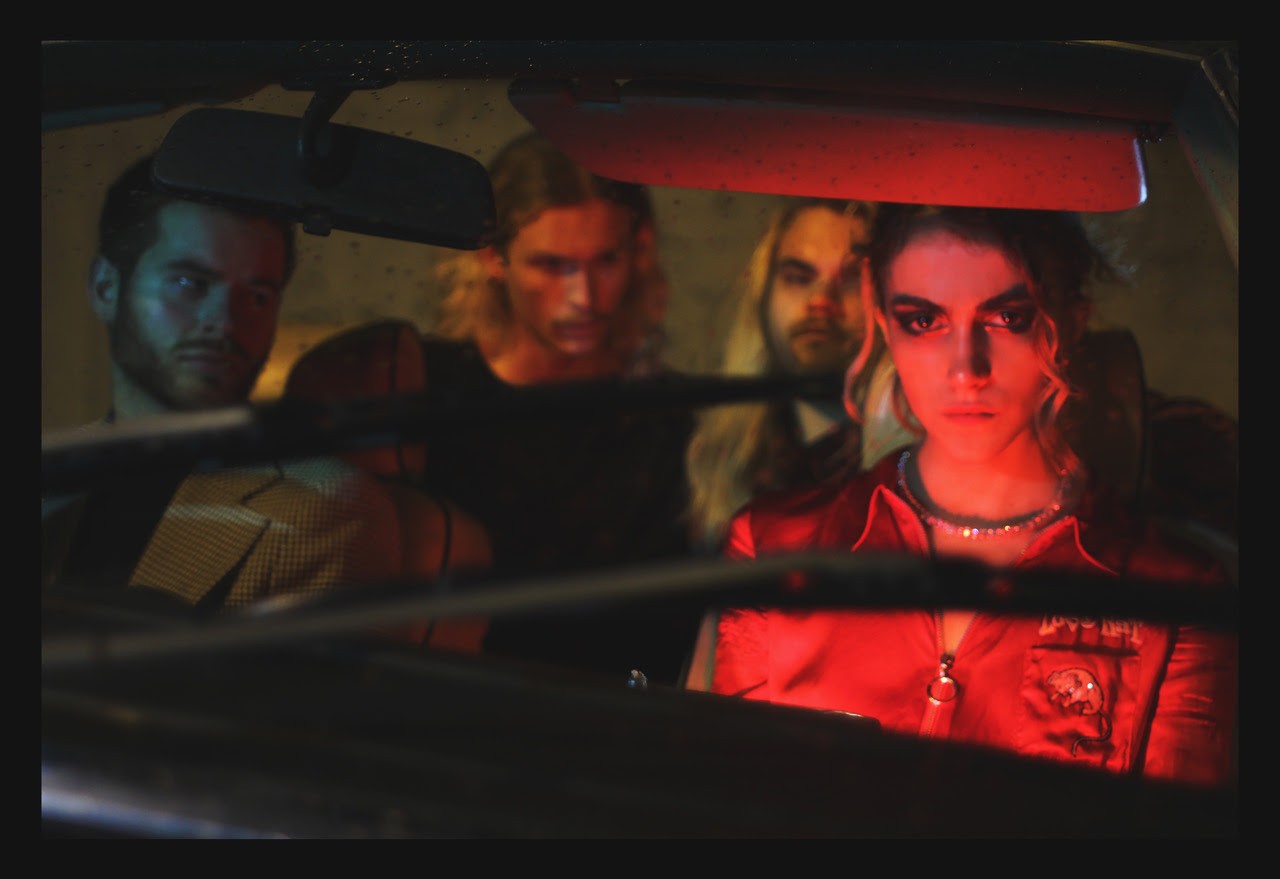 Swimming Girls Back Of Your Car

The back seat of cars has certainly been the subject of some serious songwriting action over the course of pop history. Mind you a roll in the old passion wagon perhaps works better in a sexy red 1955 Chevrolet Bel Air Convertible at Mel’s Drive-in rather than in yer Ma’s Titanium Grey Ford Fiesta in the local Aldi car park, but that’s probably still more preferable than going on a date with a dead-eyed loner who owns a 1958 Plymouth Fury.

And one of our top tips for 2018 Swimming Girls have just released a new single ‘Back of Your Car’ in which they indeed express the wish to spend some time in the back of a car yet as the song progresses they end up “laying in the sand.” One can only assume their love of ‘natation’ has led them to take a road trip to the beach.  It’s a shimmering almost summery indie-pop anthem which certainly helps melt away the January chills and once again shows the band’s ability to craft hugely infectious earworms replete with subtle 80’s flourishes. Given their aquatic collective name they rather suitably met at ‘Bath’ University where they “pooled” their songwriting talents and became a fully fledged band. The keen-eyed amongst you may note that only one of them appears to be a girl on their latest moody promo picture which sees the band “bathed” in red and looking remarkably stern, almost as if they too have been seduced and then ensnared by Stephen King’s aforementioned sentient and murderous Plymouth Fury. ‘Back Of Your Car’ is the bands third single, following on from‘Tastes Like Money’ and ‘2 Kids’ to complete a triumphant towering trio of perfect pristine pop releases (how’s that for alliteration! ;) )