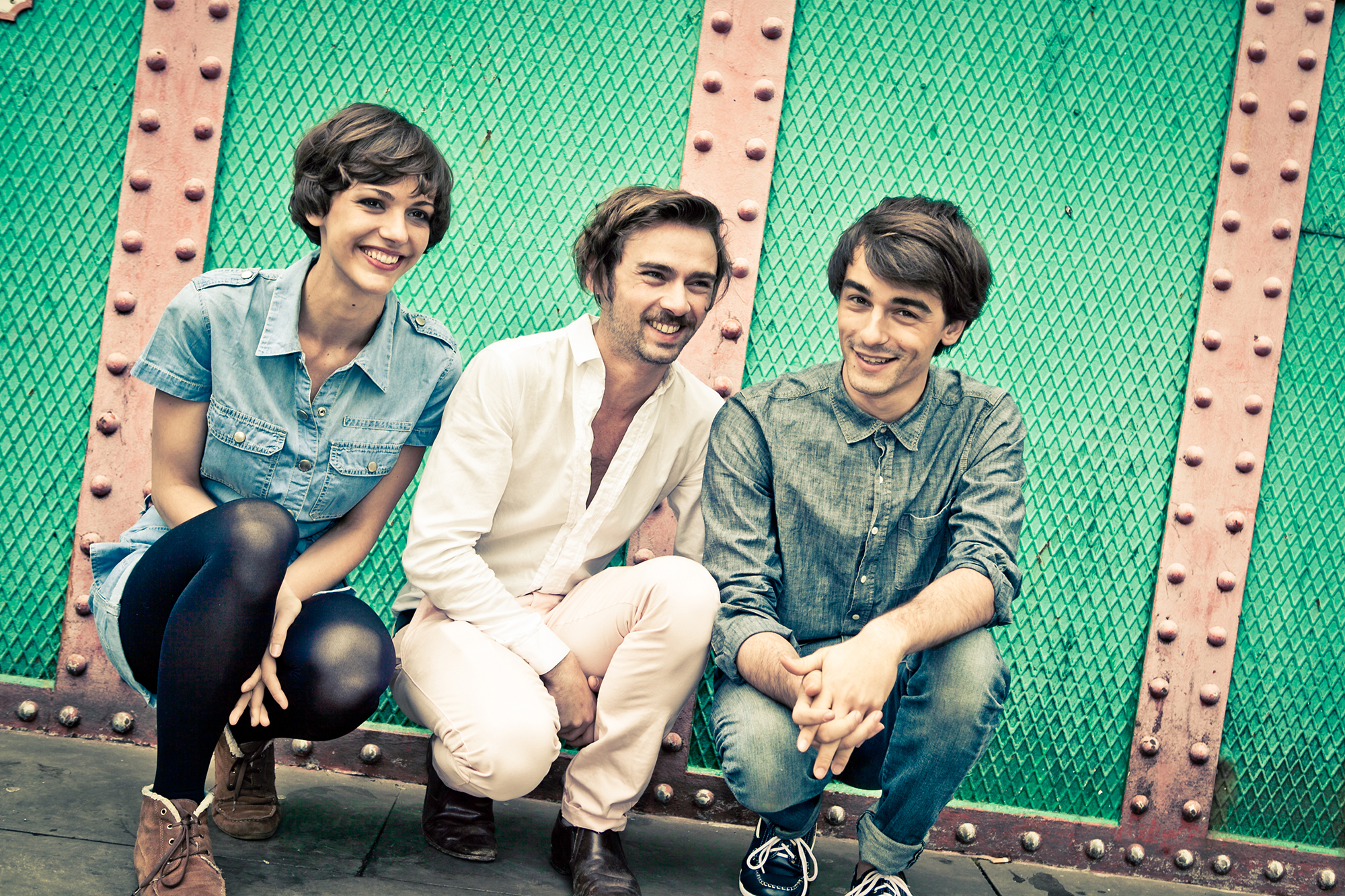 At first sight We Were Evergreen  sound like they’ve  invented a new genre “Parisian Twee”, put apparently live they are a completely different beast altogether . The trio  featuring Michael Liot, Fabienne Debarre and William Serfass  employ three part vocal harmonies, toy pianos, a jaunty horn section juxtaposed with glitchy electronics to produce an exuberant  sound that’s actually rather more sophisticated than you might first appreciate.  They seem to combine a huge range of genres from C86 to folk to twee to lounge to electronica ! We are reliably informed that their live show makes their compatriots Daft Punk look positively laid back as they effortlessly swap instruments and styles at the drop of a hat. Which I guess makes them sound rather like an upbeat version of the Arcade Fire.  In fact even during “Second Hand” they seamlessly embrace a number of styles without skipping a beat allied to an almost English melancholy to the devilishly clever lyrics [ “Everything I am is second hand“] when you get past the sunny melodies. Lovely.