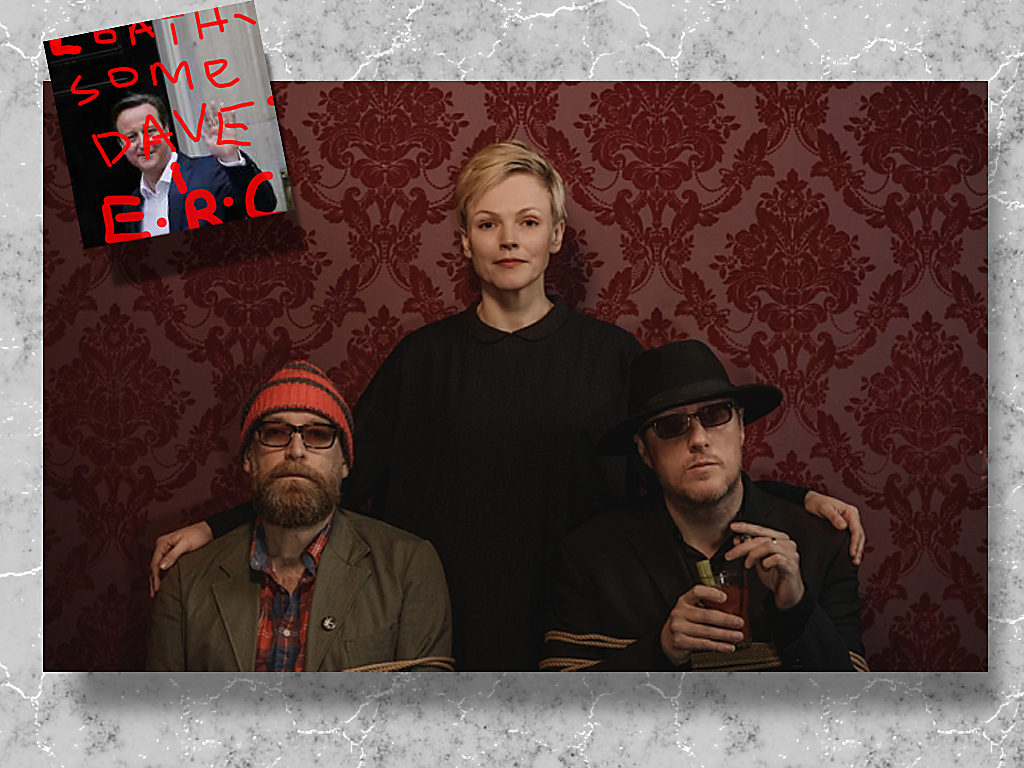 If you think pop and politics shouldn’t mix, best look away now, because we fundamentally disagree.  Music is life, life is politics.

It’s not very often we are lost for words, but last week’s general election result, which returned the Tories to power with a majority, yes a f*cking majority, completely baffled us. It seems around 37% of the population have endorsed the view that five more years of cuts to public services, the dismantling of the NHS, yet more food banks, the continued demonisation of those on benefits, the rolling out of the universal credit omni-shambles is just what the doctor ordered. That zero hours contracts and under- employment, the trebling of tuition fees, more suicides due to benefit sanctions is just fine and dandy. In fact they have given a green light to 12 billion being hacked from the welfare budget the continuation of morally bankrupt work capability assessments (designed to hit targets set by Iain Duncan Smith regardless of whether a person is actually fit to work or not.)  They also seem to see no problem with increasing poverty, rising homelessness and youth homelessness by excluding the majority of under 21s from claiming housing benefit, the return of fox-hunting, a culture of low pay – high rent, soaring energy prices. Then there’s the bedroom tax, The Transatlantic Trade and Investment Partnership, and of course tax breaks for millionaires and the obligatory big fat bonuses for bankers. Marvellous! Well done!

The ECR ( The Eccentronic Research Council,) with the help of Maxine Peake condemn the result of the election  – ‘We are not Dave‘ – ‘The Anti- humanity, pro selfish Dave’  and they have released ‘Loathsome Dave’, to “strongly oppose the reinstatement of D. Cameron.”

We’re angry, we’re very angry .. and we have our own message to those who embraced the Tory manifesto 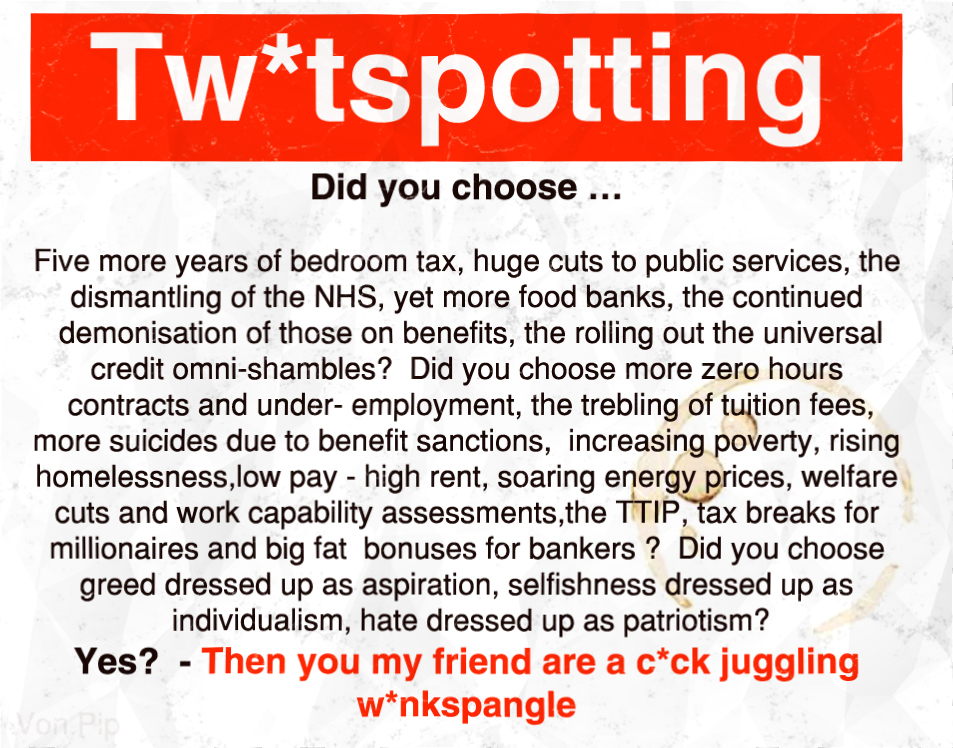 And if THAT offends you, THIS offends us – 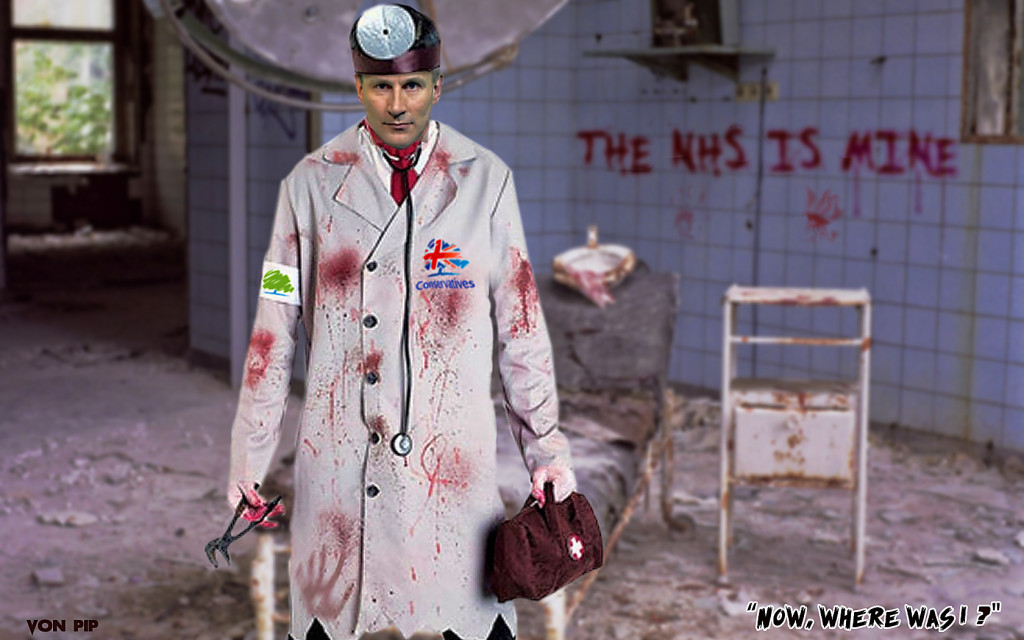