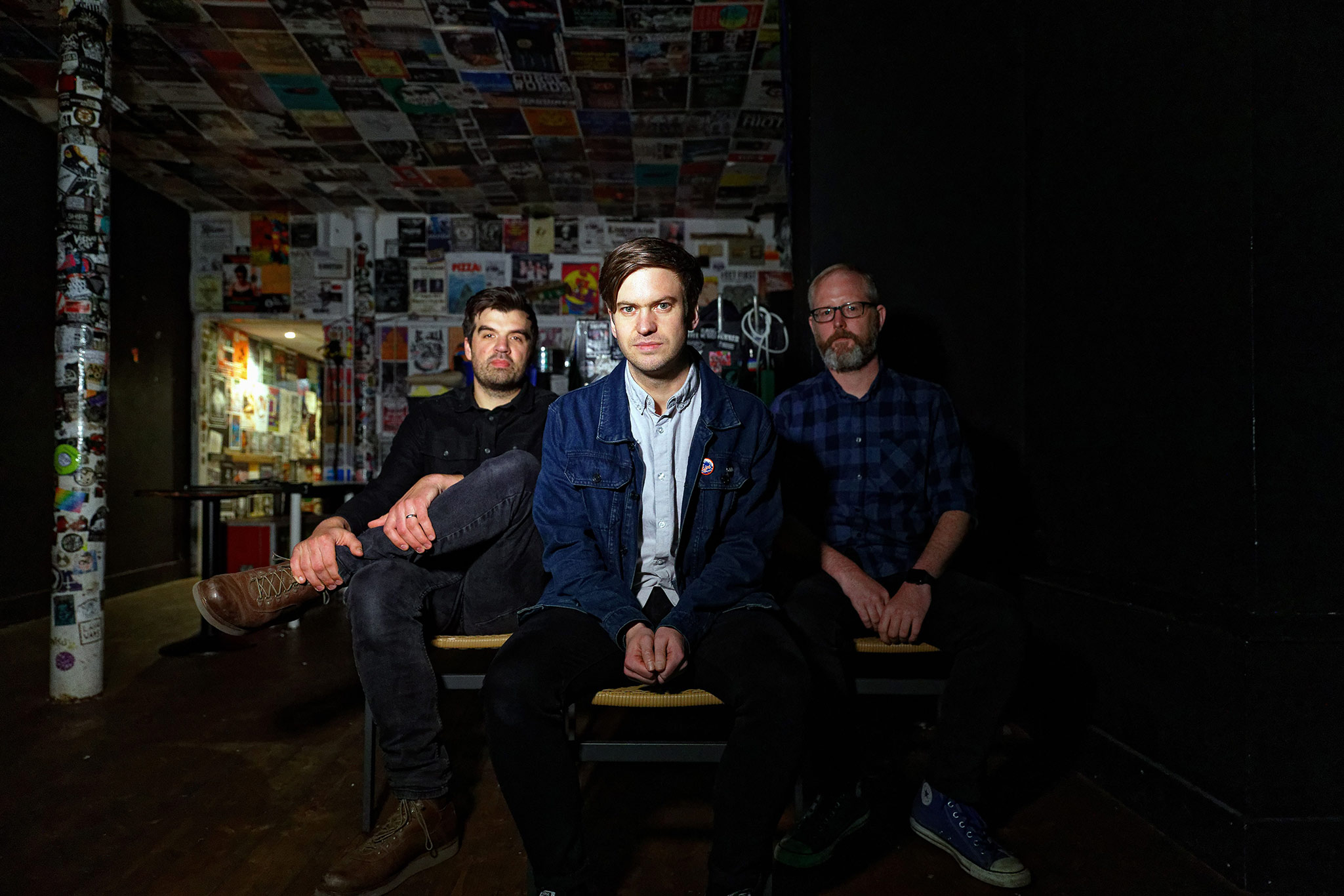 HHBTM Records · Good Grief – How Can I Help Falling In Love?

Last week I wrote a post about bands from Liverpool who don’t sound like bands from Liverpool. Well, you can add power grunge trio Good Grief to that list. They are more Husker Du than “Love Me Do” and their new single certainly has a whiff of Mould about it, (that’s Bob, not the fungal species, Welsh town or hollow container used to give shape to molten or hot liquid material.)

“How Can I Help Falling Love?” wears its 90s influences proudly on its (plaid?) sleeves,  driven by its relentless rhythm, crunching guitars and imbued with the melodic tilt of early Dando ( That’s Evan of The Lemonheads not the late Jill of the BBC )

The track is from Good Grief’s forthcoming album Shake Your Faith. It’s an album that’s been a while in the making as guitarist/vocalist Will Fitzpatrick reflects “It’s been a long road for us to get to this album, with real life, health and even a pandemic getting in the way at various points, I’m just psyched people can finally wrap their ears around it. The title, Shake Your Faith, partly comes from a lyric about self-reflection in the song ‘The Pony Remark’, but it was also chosen because it sounds like a 1950s rock’n’roll album, or maybe even a dance instruction.”

Or something Boris Johnson induces in his cabinet every time he opens his fatuous gob?

The album was produced by Stephen Cole (of genre-bending collective a.P.A.t.T.) at his own What Studio, while the artwork was provided by Paul Rafferty (of Hot Club de Paris, Doomshakalaka and Ancient Plastix), and former Town Bike vocalist Sarah Maher crops up on backing vocals.