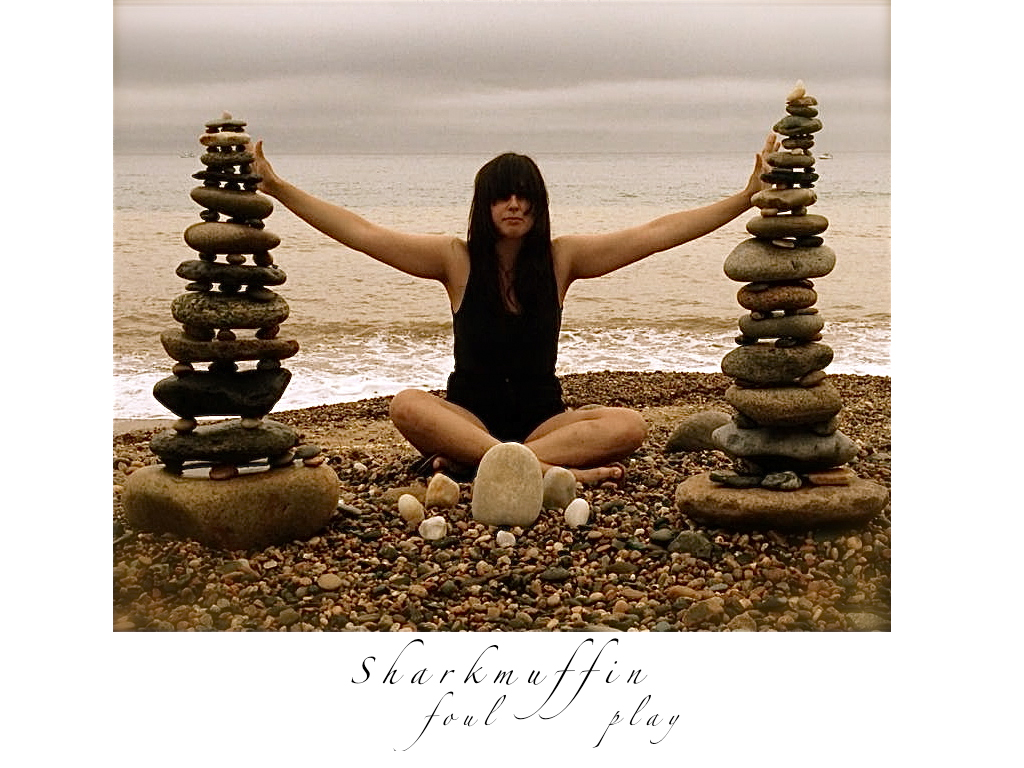 It’s often bemoaned that new music is too polite, that there’s no danger that it’s all too safe, too corporate, too fucking beige!  Indeed if you listen to daytime radio you’d be forgiven for thinking that if “new music” came around for a party it would politely knock on the door armed with a bottle of sweet sherry, a tasteful amount of trendy designer nibbles and then sexlessly merge into in the background without making too much fuss…so anodyne in fact you’d be hard pressed to notice it had ever been there!

Not so with Brooklyn’s Sharkmuffin, they’d kick your door in, stamp on your foot with a razor sharp stiletto heel, drink all your vodka, seduce your boyfriend and leave a trail of chaos and destruction in their wake..  You could never accuse Sharkmuffin’s music of being polite, fey, or beige – it’s loud, visceral, angry, sexy, and thrilling.  You may recall that their previous single ‘Mermaid Sex Slave’ which we featured a few months back, was a full on aural assault which left us breathless and gagging for more?  Well they’re back with a new EP ‘1097‘ and the first track from said EP is the incendiary ‘Foul Play.’  It carries on where ‘Mermaid Sex Slave’ left off.  It’s a brilliant brutal, sexy psychotic grungy jack-hammer of a song, packed with attitude and style and brimming with slightly unhinged, edgy energy…  “Polite music has left the building”