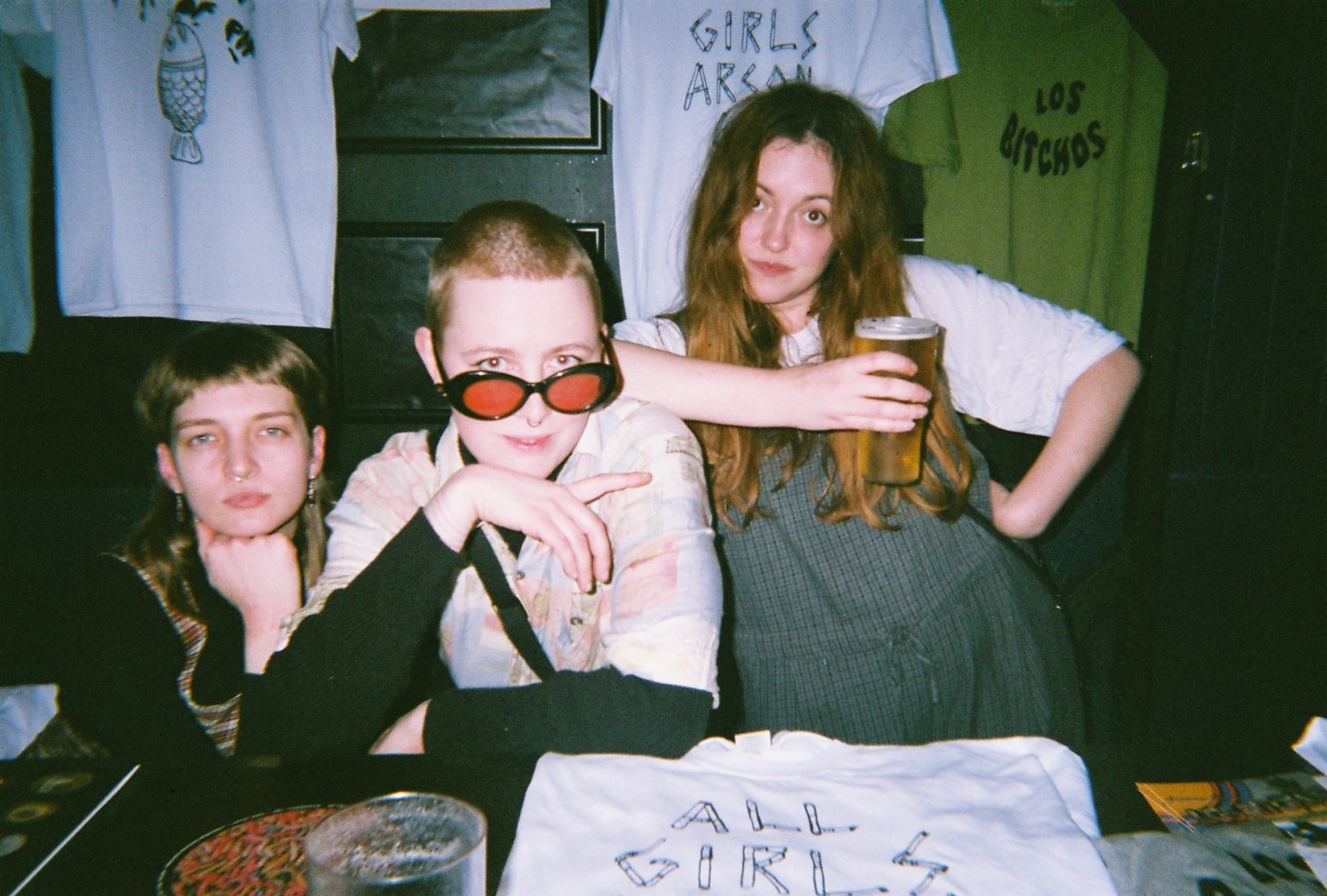 Sheffield newcomers All Girls Arson Club seem to be channelling the spirit of riot grrrl and the fast-paced scuzz of the Ramones on their debut single ‘Untitled. It certainly doesn’t suffer from being overproduced but it does demonstrate the trio’s ability to wack out engaging melodies combined with witty self-deprecating lyrics. And it’s a song so full of verve and personality it provides ample evidence that having a decent tune is often way more effective and engaging than having a big name producer with an ego the size of Mars. Don’t waste your money on that shit when starting out, just concentrate on writing great songs, have fun and record ’em yourself. Or maybe find a like-minded spirit with a nice little studio. Big budgets do not create great music, but talent does.   ‘Untitled’ is  apparently “the soundtrack of ranting to your mates about relationships being wank sometimes, but we do it anyway coz we’re all suckers for love.”

According to the band All Girls Arson Club came together after “a Lambrini-fuelled screening of Kathleen Hanna’s The Punk Singer “ coupled with “a growing frustration with the (over)abundance of boys in bands”, lead vocalist/guitarist Alice Seed, bassist Vicky Hayward and drummer India Garry all made plans to make some noise – no mean feat as both Hayward and Garry had yet to pick up their instruments…. Their debut EP ‘Dark Fruits’ arrives via  Delicious Clam Records on April 5th