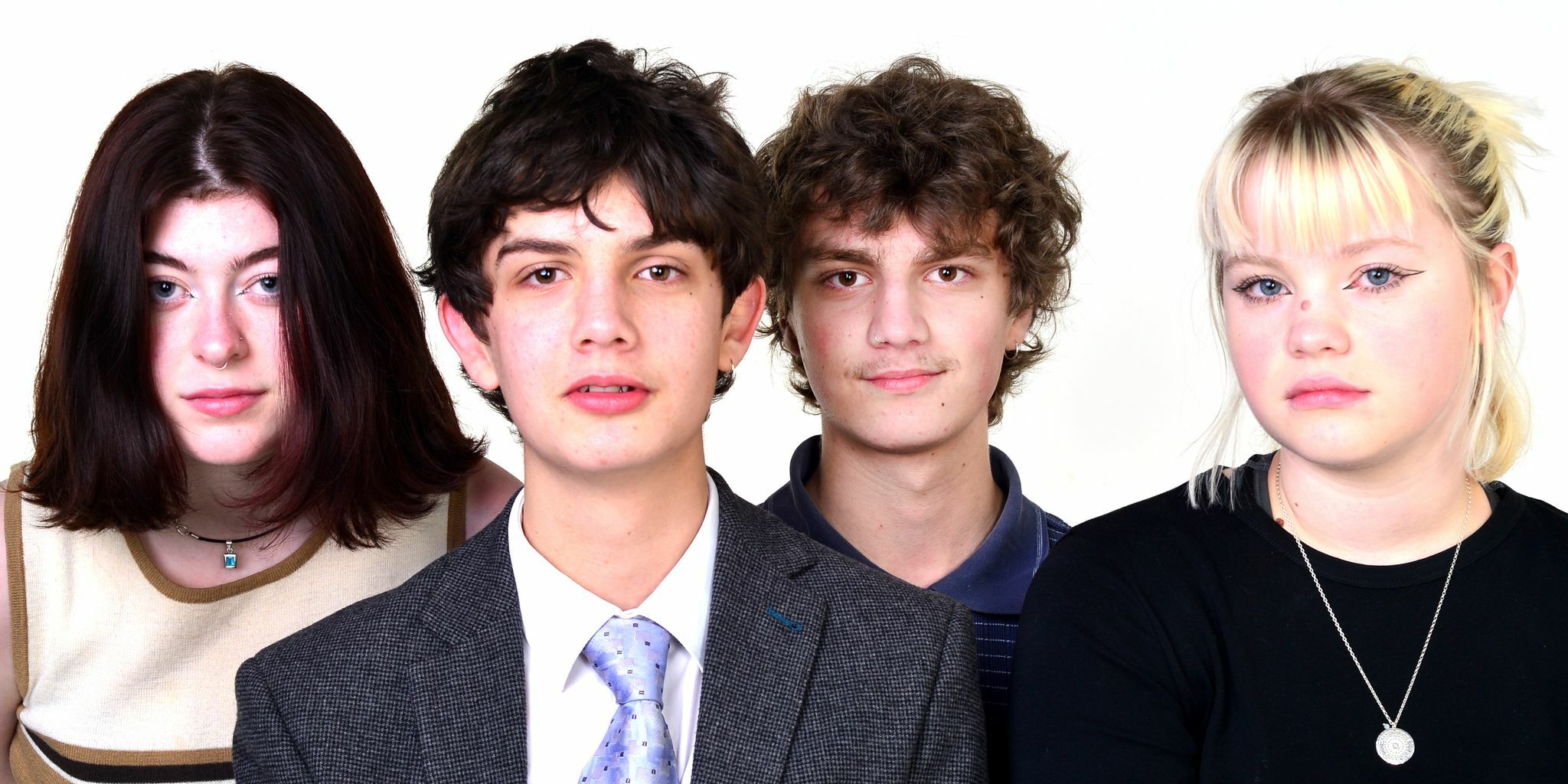 . Whilst their overall collective years still add up to less than mine,  age has never been a barrier to raw talent (as a caveat, let me add that any perceived ageism here is firmly aimed at me. Because when joking, it’s the target that matters, as moon-faced “comic” and friend of the Inland revenue Jimmy Carr is rapidly discovering)

“Cousin Sam”, the title track from their debut EP is apparently about burying your cousin at a funeral. Maybe it’s a Viking funeral because it has something of the ocean about in terms of its rhythm and the way it slowly ebbs and flows before crashing into a swaying crescendo. It sounds like a big step up stylistically for the band who have already impressed with the likes of ‘Irate’ (watch here), ‘Blue Jeans’ (here), and the latest single ‘Delilah’ that came out at the end of last year (watch here)

Speaking of their debut, guitarist Oscar Ryland said, “The EP is a new direction for us musically. it has more extremes, some parts of songs can be very intense and others can be slow and calming, hopefully, listeners like it. The running order of the ep is important – we think it adds to the overall experience. it starts and ends with two powerful and emotional songs and in the middle is something lighter and more accessible…it’s full of twists.”