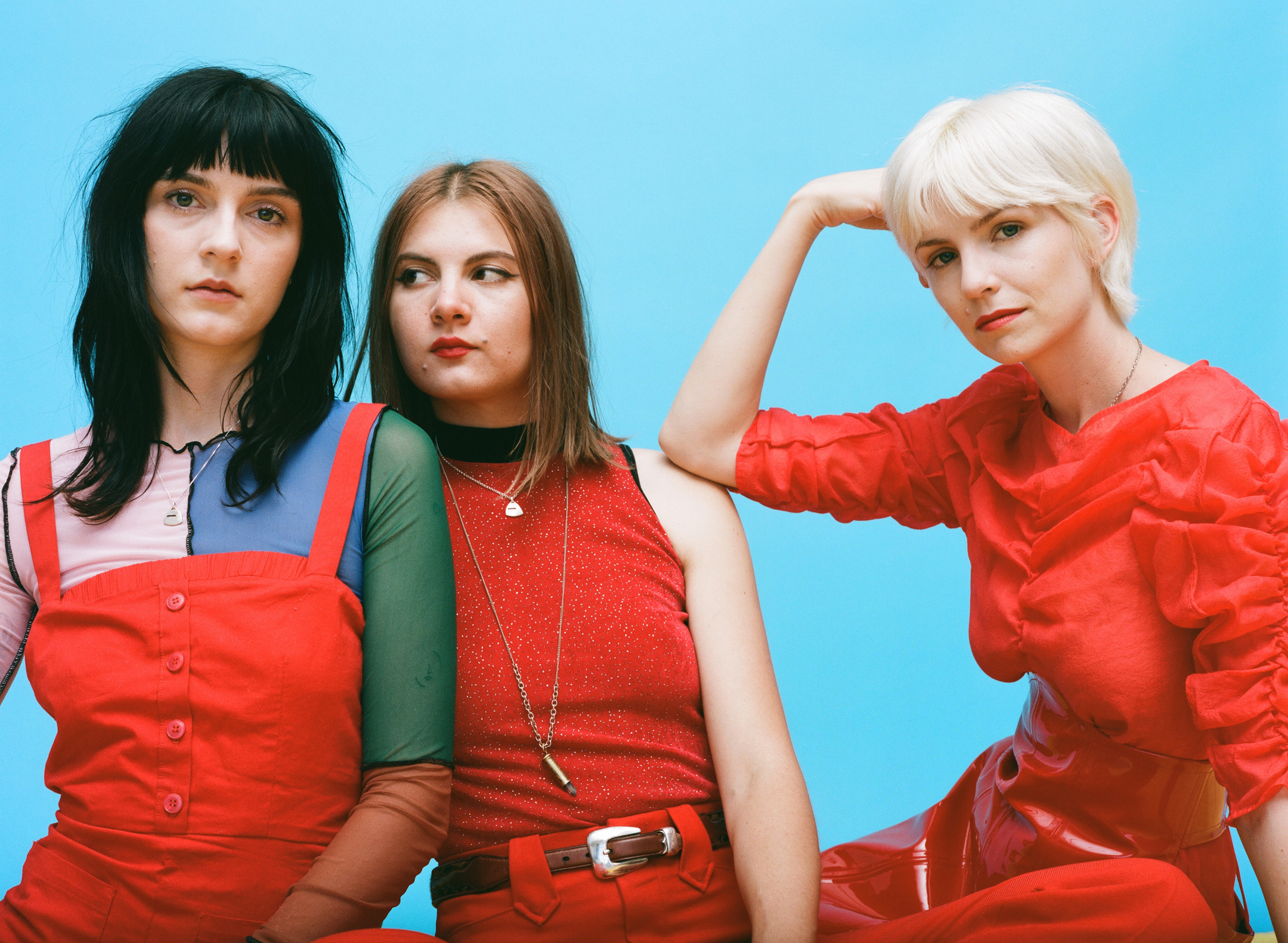 LA trio Automatic (not to be confused with ghastly Welsh “alt rockers” “The” Automatic) combine  pulsing electronic motorik rhythms with ghostly undulating synths to conjure up the minimal electronica of Suicide and the dark anxiety of Joy Division, there’s even a hint of the Delta Five’s deadpan post-punk vocal delivery on new single ‘Too Much Money.’  Its claustrophobic hypnotic dystopian doom pop and as such is darkly compelling. The song itself is apparently all about the pitfalls of social media, it’s inherent falseness, and despite the ability to “connect” us with supposedly like-minded people what we so often experience is a sense of disconnection, emptiness and alienation.

Automatic, are  Izzy Glaudini (synths, vocals), Lola Dompé (drums, vocals) and Halle Saxon (bass, vocals), and will soon  release their debut album ‘ Signal.’ It’s an album that shines a direct light on the band members’ experiences, tied together by a sense of anxiety and disaffection so common to life in the 21st century. As they put it: “The world is so fucked up, we don’t know how any musician could say, ‘This is all peachy.'”