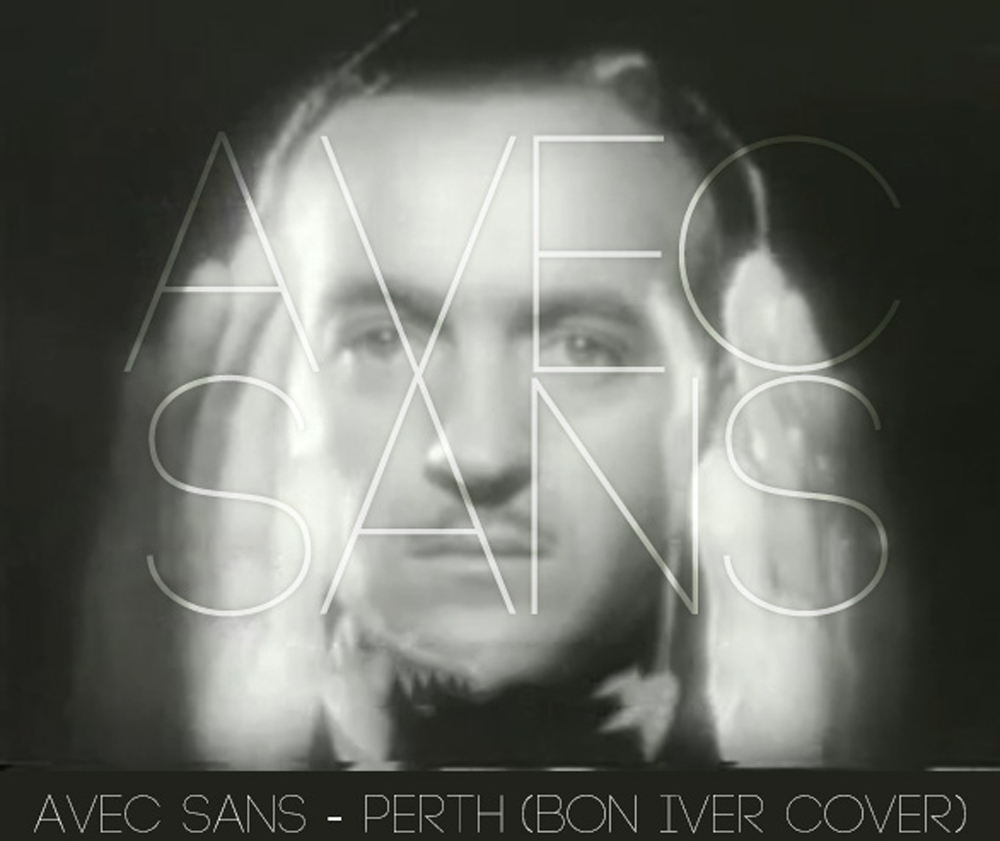 Everybody loves Bon Iver, no ? Well no,  I’ve personally never gone totally crazy over him, maybe its his voice, maybe I’m bored with the male falsetto, but I do recognise the fact he can write rather beautiful songs and incredibly  moving melodies. Which brings us to todays track of the day, (and Friday Freebie) which is a Bon Ivor cover from a mysterious new band based in London called “Avec Sans” (why is there not a  font with this name?? )

The band will tell us only that they are a duo, comprised of Alice Fox and Jack St. James who sound like the leads in a 1970’s TV detectives series, I wonder if they employ a cook, butler and chauffeur called Max and have a hairy Löwchen called Freeway? – “This is my boss, Jack St James – a self-made millionaire. He’s quite a guy. This is Mrs. F,  she’s gorgeous. She’s one lady who knows how to take care of herself. By the way, my name is Max. I take care of *both* of them, which ain’t easy; ’cause when they met… it was *music*!”

Ahem, Avec Sans have taken Bon Iver’s “Perth”, retained the beauty of the original, and turned it into a throbbing, elegiac electronic symphony. They tell us they have their own original material which they will be unveiling very shortly. This could be the start of something beautiful !  As it’s our Friday Freebie you can also download it HERE