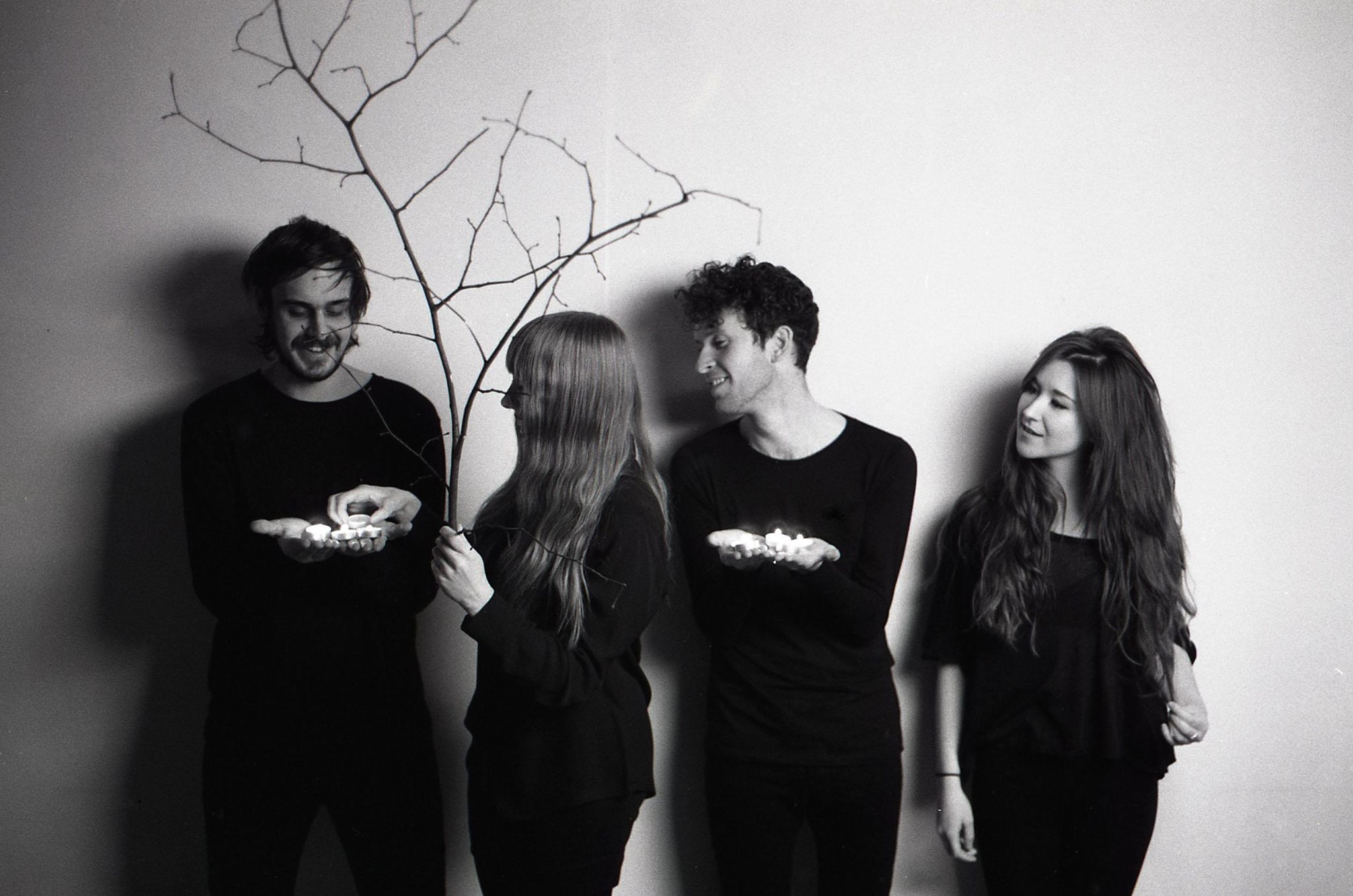 Yesterdays ‘Track of the Day’ featured Mourning Birds, and we are keep the avian theme going today albeit with something a little more soothing, but equally as exciting.  Bird started life as the musical conduit through which singer songwriter Adéle Emmas presented her songs to the world.  Since we first introduced them back in 2011  and later on BBC 6 Music   they’ve undergone a couple of line up changes stripping down from a live five or six piece to a trio and now to their current incarnation of a four piece (Adele Emmas, Sian Williams, Alexis Samata and Christian Sandford. ) On personal level  Adéle made the move from the cultural wastelands of Birkenhead to Liverpool, a Tolkienesque journey fraught with danger, shell suits and mobility scooters ( rather like moving from Mount Doom to the Shire) to become part of the creative community there.   We’d previously likened their oeuvre to “an eerie folktronic Portishead wandering through laughing Lenny Cohen’s nightmares as depicted by René Magritte,” We’d described Adéle as “a young lady whose ethereal, haunting vocals conjure up the missing link between the Cocteau Twins and Laura Marling.” And although these descriptors remain true to a degree (although lets lose the ‘folktronic’ once and for all), the fact is Bird have evolved massively and their sound is now much more substantial, focused and all encompassing than their early musical forays.

In trimming themselves to a core unit they’ve revitalised their sound and the majestic, powerful eerie beauty of ‘The Rain Song’ which is from their forthcoming début album ‘My Fear and Me‘ is a fine example that less is actually more. They have also recently announced they are to support Rodríguez on his forthcoming European tour, and have been handpicked to play the BBC6 Music festival – this could mean Adéle may be well be able to finally afford an umbrella in the very near future (see video)