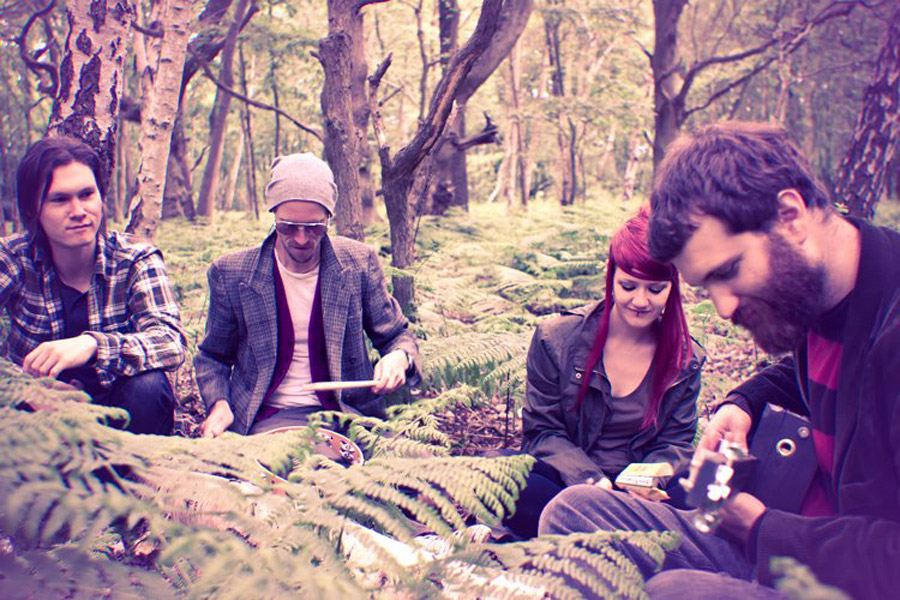 The curiously titled ‘Hoboland’ is the fabulous new single from Black Casino and the Ghost, and it’s a rollicking bluesy, soul stompin’ chef-d’oeuvre.  O  Once again, Elisa Zoot demonstrates what an incredible voice she has and she seems able to adapt to any style and range with such effortless ease.  Many scribes may find BCATG hard to pigeon-hole due in no small part to the refreshingly diverse and wonderfully engaging music they have released so far. We suspect this may very well suit Zoot and the band, because obsessive genre box-ticking may provide some kind of (often-spurious) context, but it can also fail to meet it’s intended objective and actually create an artificial barrier to listening.  So perhaps we should all park our musical preconceptions, open our ears and let the music cast its spell.

Saying that you may listen to the song and expect the video to feature moon shine soaked delta blues men and women, instead it features poor Elisa being mauled by a pack of hungry Zombies. But ever the professional she stoically manages to sing on :) in a video that was apparently “filmed by the band with one photo camera, one flashlight, and no competence whatsoever.”  Their words not ours, and thankfully, “no Zoots were harmed during the making of this movie.”

It’s from their forthcoming album “Some dogs think their name is no” due for release in September 2013.