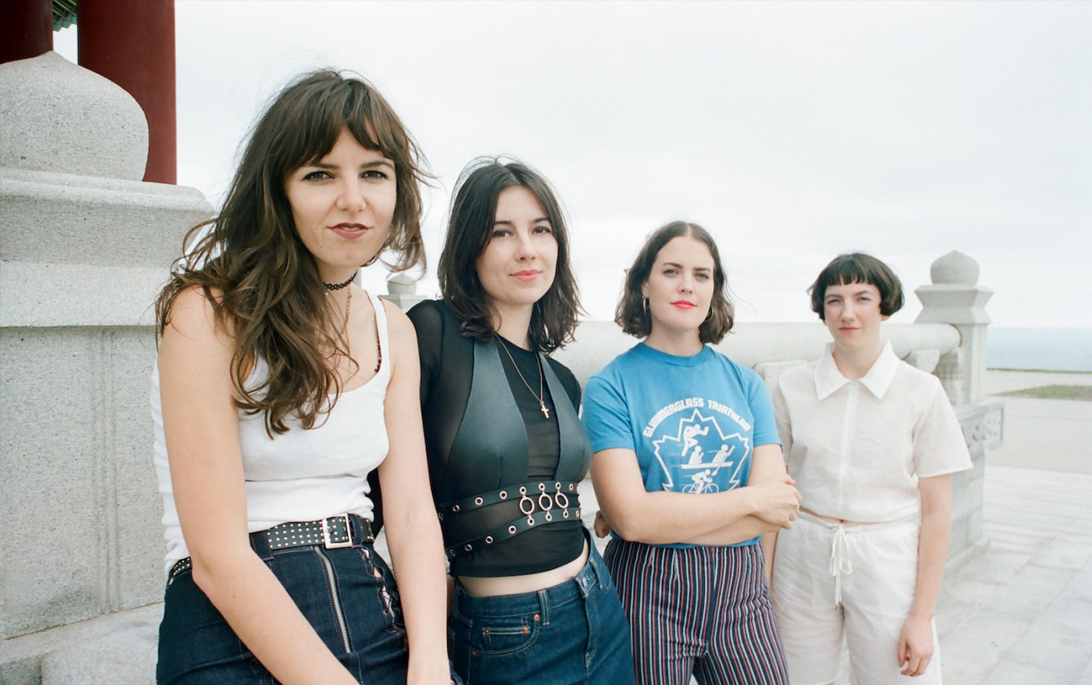 It’s slightly more reflective than their previous release the spikey jagged glory that was  ‘Stingray’ but proves beyond a reasonable doubt that Body Type can make a huge dent in 2019.  ‘Free To Air’ eddies and flows driven by spidery guitars and gorgeous vocal harmonies. It’s a song tinged with beauty and poignancy and is a perfect example of how to craft artful, dazzling, intelligent evocative indie pop with some style.

Guitarist Annabel Blackman says: “‘Free To Air’ is about an old neighbour whose life seemed to play out entirely in his lounge room in front of the TV, which he blasted day and night. My bedroom faced looking into his lounge room, so it was almost like we were waking up and watching the morning news together or having a TV dinner after work…it was definitely not that romantic in reality though. We invited the esteemed video artist & 10/10 person, Matt Griffin, to make a video for the song because he is a master manipulator of screens and could slice us into an assortment of scenes and onto bodies without needing us to be physically present, which is the perfect disembodied embodiment to accompany the song.”

The band head to the UK for their first shows on these shores this May, including slots at Live At Leeds, Hit the North and Great Escape festivals, as well as a headline London date at Moth Club on May 15th. They were also recently featured in Julia Jacklin‘s video for her song ‘Pressure To Party‘  Along with the digital release of the EP, the band will be releasing a double-sided 12″, featuring EP1 on Side A & EP2 on Side B – released on June 28th via  Partisan/Inertia. It is also available as a Rough Trade exclusive on limited edition slime-coloured vinyl. Pre-order it here: https://bodytype.lnk.to/EP2