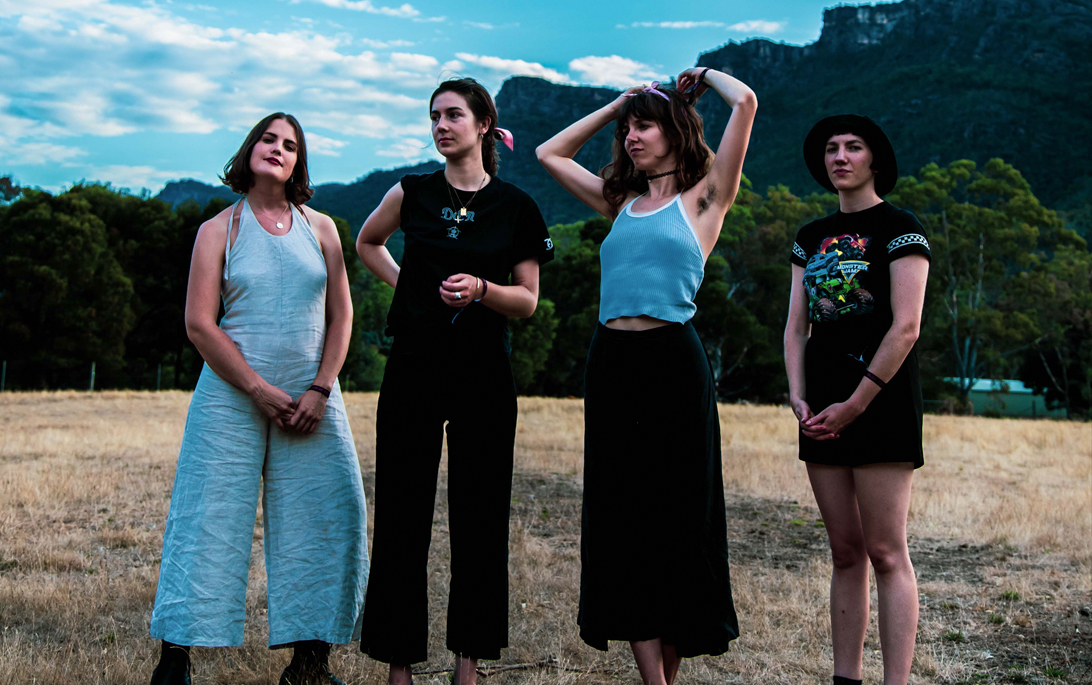 ‘Uma’ kicks off with that lilting woozy quality Warpaint are so adept at, although if your excepting to be carried along by undulating guitar flourishes and seductive diaphanous bass lines you’ll soon be wrong-footed. After the deceptively gentle start, at around 30 seconds in ‘Uma’ quickly ups the pace and transforms into a driving jittery grungy guitar anthem about empowerment and unity.

It is, in fact, “a slightly skewed love song to Uma Thurman.” according to Bassist Georgia Wilkinson Derums who explains  “During the Me Too movement I watched the exposed footage of Thurman’s car crash on the Kill Bill set. It was leaked years after the film was released with Tarantino claiming he was deeply regretful of forcing his lead actor to drive in an unsafe vehicle. I just thought it was an uncanny fictional retelling of what was actually playing out around the world… A rallying cry in support of women like Eryn Jean Norvill who continue to call to account the powerful.”

Along with the digital release of the EP, the band will be releasing a double-sided 12″ for the first time, featuring EP1 on Side A & EP2 on Side B – it’s out June 28th on Partisan/Inertia. It is also available as a Rough Trade exclusive on limited edition slime-coloured vinyl. Pre-order it here: https://bodytype.lnk.to/EP2

We’ve managed to miss ’em this time around alas (no Liverpool date :( ) …. but they still have a few UK dates left after impressing at SXSW. Live At Leeds and The Great Escape this year.