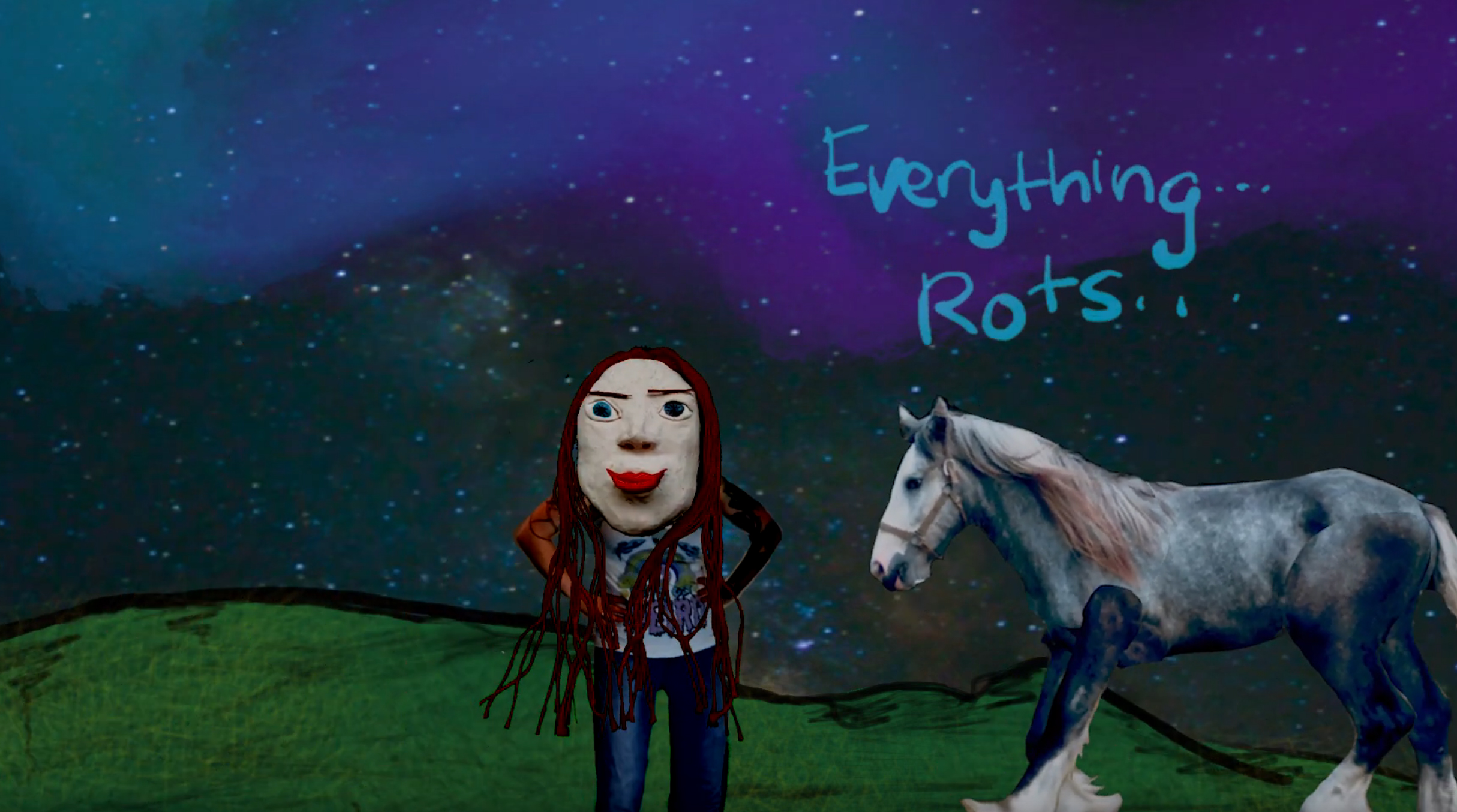 ‘Rip My Head Off’ is the latest release from Broken Down Golf Cart which comes with a striking animated video. It’s the solo project of Liverpool based Canadian musician and visual artist Jen Baranick, who intends to release a new song and video every month for two years. Jen who also fronts Liverpool’s Good Problems does all the animation herself and currently shoots the footage via her smartphone. Proof that imagination and talent rather than high-end equipment and a budget beyond the dreams of avarice often produce the most interesting art.

‘ Rip My Head Off’ is another melodic, dark grunge-pop beauty full of snarling melody which once embedded in your noggin simply refuses to leave. Jen tells us it’s all about anxiety, inducing a slow a meltdown which suddenly turns into impulsive rage. – “It’s about going crazy and isolating yourself and people are kind of watching you – And you’re just so twisted and sad I guess. “ It’s another impressive track from a hugely talented artist and we’re looking forward to hearing more from both Broken Down Golf Cart and Good Problems in the very near future.(Like next month in BDGC’s case :) )