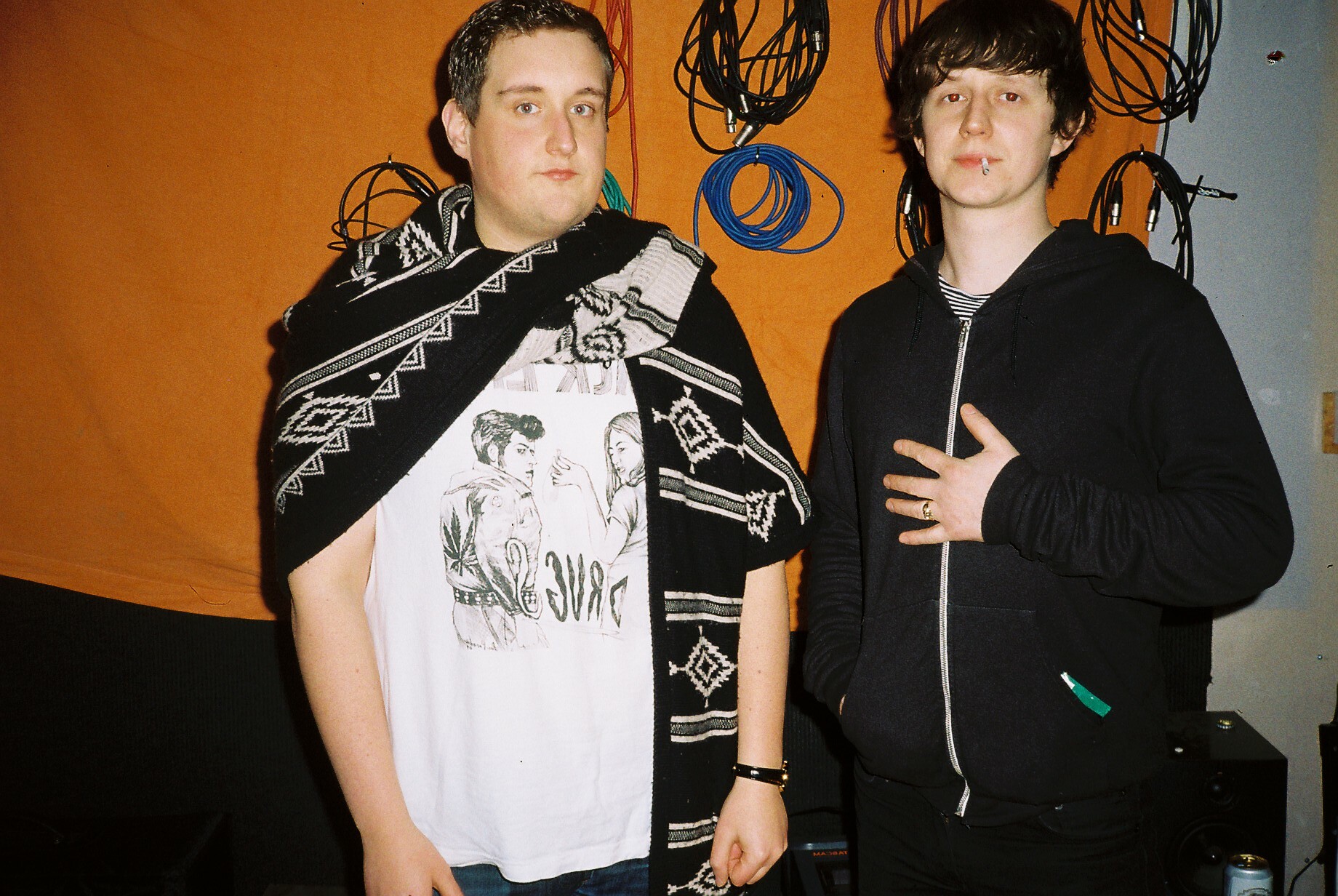 Manchester garage punk duo Brown Brogues have a brand new Ep set for release on Record Store Day 2014 via Stolen Body Records. The Ep  entitled  ‘Zoloto’ (Russian for gold, or perhaps a Porsche in Mafia Wars? ) features four brand new tracks on side A with side B featuring two live tracks and two brand new demos on frosted clear vinyl with a brown splatter. The first 100 copies with also come with a 7 inch reissue of their first ever EP ‘Nobody Dies in Paris’

The duo have been working on  the ‘Zoloto’ EP with Sheffield super producer Ross Orton  (Arctic  Monkeys, M.I.A., The Fall, Roots Manuva,) and today’s track of the day ‘Shit In Your Eye’ is the first  tune to emerge from these sessions.  It sees Brown Brogues expand their sound but without losing any of their unhinged feral rawness to produce a visceral NYC CBGBS punk glam stomper of a tune.  It’s a gritty melodic bolt of lightning which recalls the early propulsive rock’n’roll of The White Stripes mixed with the insouciant wit and cavalier attitude of the New York Dolls, and it ranks amongst their finest work to date. 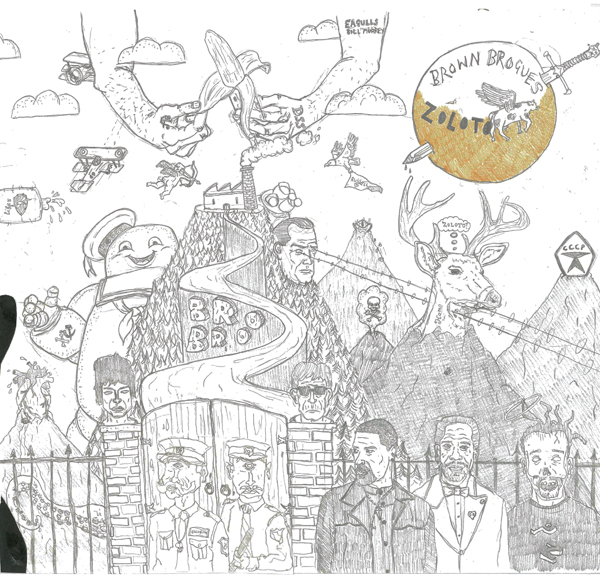 1. Shit in Your Eye
2. My Birthday
3. Boooooom
4. Getting Caned in the Face with an Ashtray

‘Nobody Dies in Paris’ EP