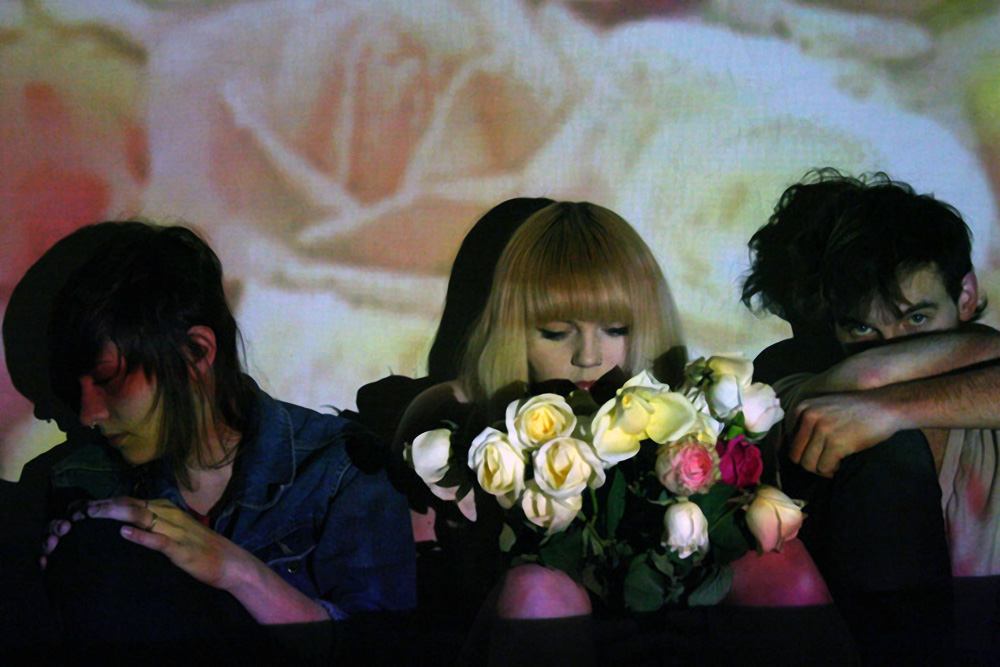 Dead Mellotron’s “Stranger” ticks all our musical boxes and despite lasting less than three minutes  achieves a  measure of soaring epicness that some bands never even get close to over the course of an entire career.  Its glorious driving guitar and reverb soaked vocals pack a huge emotional punch, which is pretty impressive for a band who once listed their influences as “complete apathy. ”

Dead Mellotron were initially a solo vehicle for singer/guitarist Josh Frazier, but after relocating from Louisiana to Baltimore they have expanded to a three-piece. Their new album “Glitter” is released on May 7th, it contains 7 tracks and lasts but 30 minutes, however if “Strangers” is anything to go by they will be 30 minutes of reverb drenched, My Bloody Valentine meets Beach House in a “Sonic Cathedral,” inspired euphoria. We trust Dead Mellotron’s music will be a timely reminder that “quality not quantity” and “less is more”  are more than just words, they are perspectives. ;)

2 thoughts on “Track Of The Day – Dead Mellotron – “Stranger””