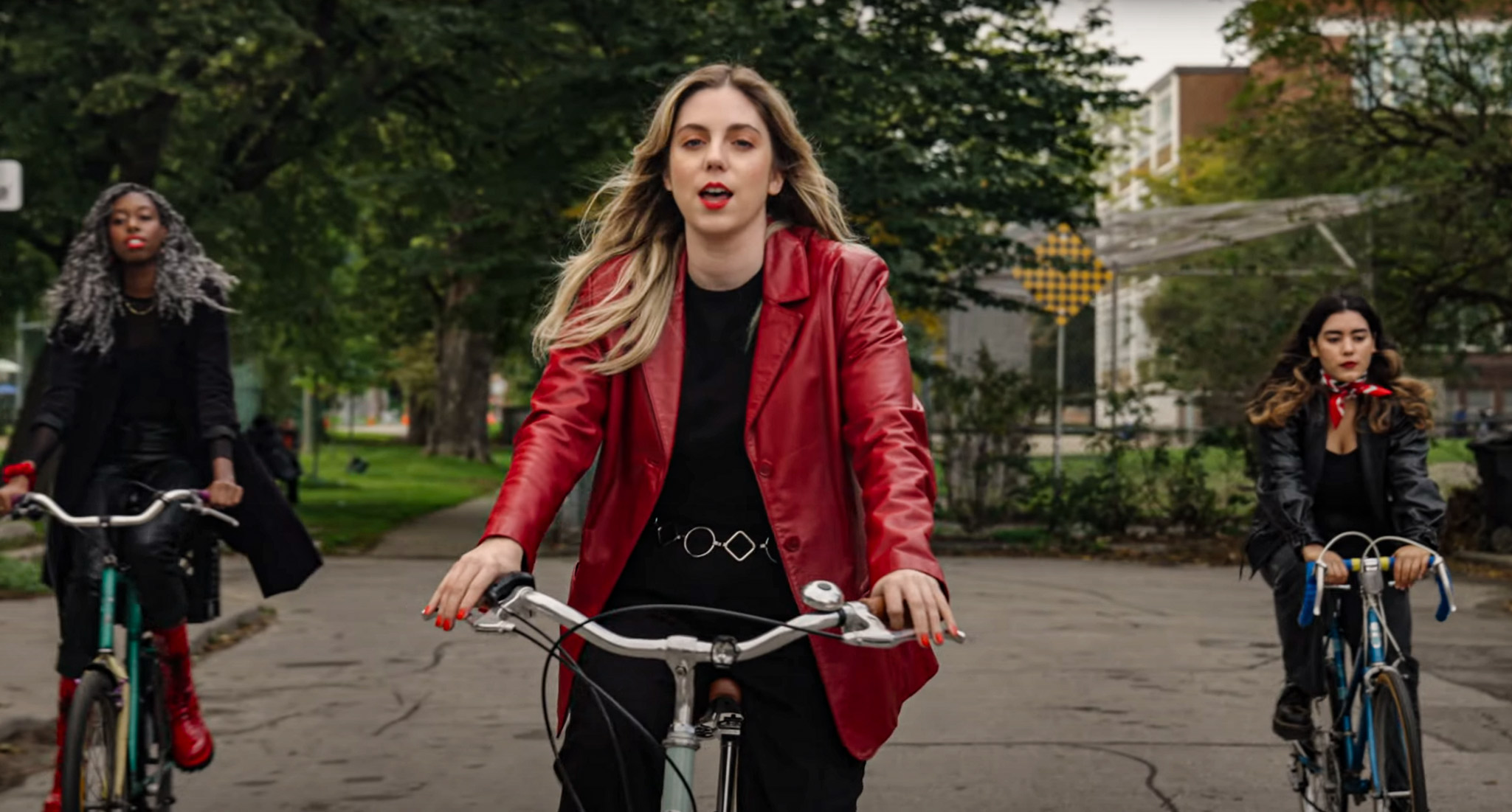 Toronto newcomer Deanna Petcoff demonstrates a sparkling line in jangling, empowering indie guitar pop, replete with witty, acerbic wordplay on her latest single “Devastatingly Mediocre.” It’s from her forthcoming debut album To Hell With You, I Love You out 8th April 2022 via Royal Mountain Records.

The track was inspired by the mundane life of dating as Petcoff explains: “I wrote this song when my friend was dating the most boring guy alive. He really was so normal, met the bare minimum of being a decent person, and yet she was so infatuated with him. At first, I wrote this as a joke because I always called him devastatingly mediocre just to tease her, but when I showed it to my band they loved it and we decided to make it something real. I think it actually holds a lot of meaning for a lot of people– it’s so easy to fall in love with someone just because you want to be in love, regardless of whether or not it really works.”

The playful video (below) was directed by Michael Pugacewicz and Paige Foskett, where they said, “We wanted to capture the essence of repeating a vicious cycle with dating – how easy and relatable it is to keep dating the same person over and over until you learn whatever lesson you’re supposed to learn. We felt like this song really begged us to lean into the campy early 2000’s Avril Lavigne skater boy visuals, including the use of a handy cam to elevate the timelessness of this type of love interest, especially since we are seeing a comeback of this era. It was fun for us to put Deanna on a pedestal and give her the power in this video.”